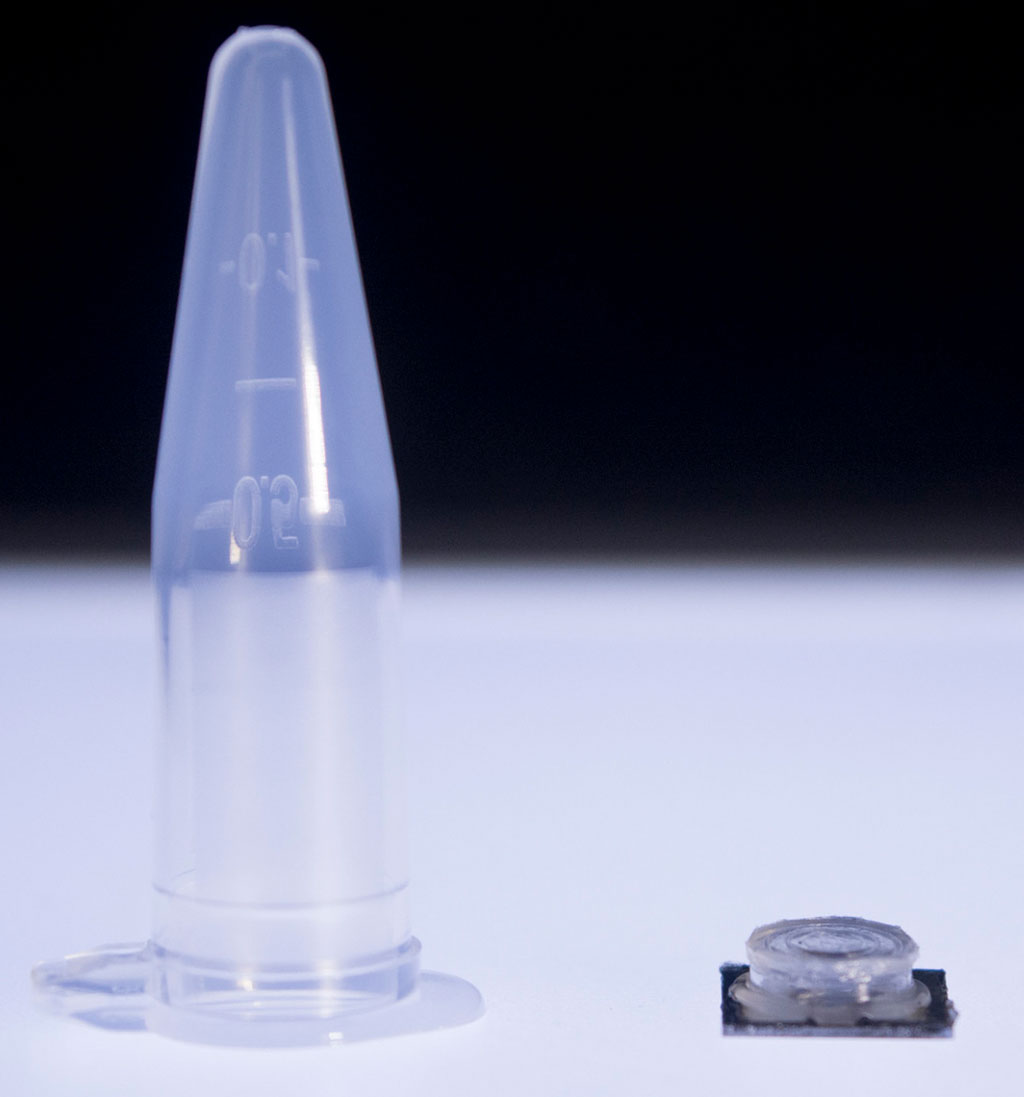 The chip, developed at the Imperial College London (London, UK) and known as TriSilix, is a ‘micro laboratory’ which performs a miniature version of the polymerase chain reaction (PCR) on the spot. PCR is the gold-standard test for detecting viruses and bacteria in biological samples such as bodily fluids, feces, or environmental samples.

Although PCR is usually performed in a laboratory, which means test results aren’t immediately available, this new lab-on-a-chip can process and present results in a matter of minutes. The chip is made from silicon, the same material that is used to make electronic chips. Silicon itself is cheap, however it is expensive to process into chips as this requires massive, extremely clean factories known as cleanrooms.

To make the new lab-on-chip, the researchers developed a series of methods to produce the chips in a standard laboratory, cutting the costs and time they take to fabricate, potentially allowing them to be produced anywhere in the world. Each lab-on-a-chip contains a DNA sensor, temperature detector and heater to automate the testing process. A typical smartphone battery could power up to 35 tests on a single charge. The researchers have so far used TriSilix to diagnose a bacterial infection mainly present in animals as well as a synthetic version of the genetic material from SARS-CoV-2, the virus behind COVID-19. The researchers say the system could in future be mounted onto handheld blood sugar test-style devices. This would let people test themselves and receive results at home for colds, flu, recurrent infections like those of the urinary tract (UTIs), and COVID-19.

“Rather than sending swabs to the lab or going to a clinic, the lab could come to you on a fingernail-sized chip. You would use the test much like how people with diabetes use blood sugar tests, by providing a sample and waiting for results – except this time it’s for infectious diseases,” said lead researcher Dr. Firat Güder of Imperial’s Department of Bioengineering.