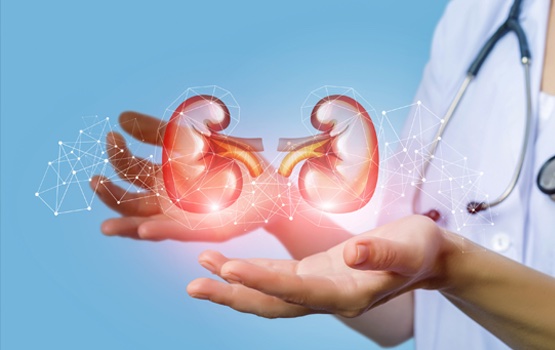 Millions of people with diabetes live with chronic kidney disease and have a poorer chance of survival. The current standard assays used in clinics depend on assessing kidney function and the extent of kidney damage caused by diabetes. However, there are usually no symptoms during the early stages of the disease. There have been huge advances in genetic testing, although risk genes for diabetic kidney disease (DKD) have yet to be identified. Now, an international team of researchers have identified the genetic markers for people with diabetes who are at a risk of developing kidney disease. This paves the way for the development of a test that could identify adults with Type 1 diabetes who are at a risk of kidney disease before they show any symptoms, enabling the introduction of early-stage interventions by doctors.

In the world’s first international study led by Monash University (Melbourne, Australia), the researchers tested the genes in 1017 Scandinavian and Asian diabetes cohorts and examined a process called methylation, in which a small molecule called a methyl group gets added to DNA. The findings from the largest-ever international study on Type 1 diabetes revealed that “important clues that reduced DNA methylation is closely associated with the increased risk of diabetes relate kidney disease,” said Professor Sam El-Osta, from Central Clinical School, Human Epigenetics team at the Department of Diabetes at Monash University. “These discoveries will influence how we screen patients with diabetes and improve risk stratification, disease prediction and diagnosis.”

“As far as technological advancements in methods are concerned, epigenetic testing is going to be the new standard for early detection and DKD care,” explained Professor El-Osta. “Renal biopsies are difficult to procure and the novel blood-based test means the test can be readily available and used in remote areas with the added advantage of being more stable than methods measuring other biological indices.”