Glycosylated Serum Proteins Are Biomarkers for Severity of Liver Fibrosis 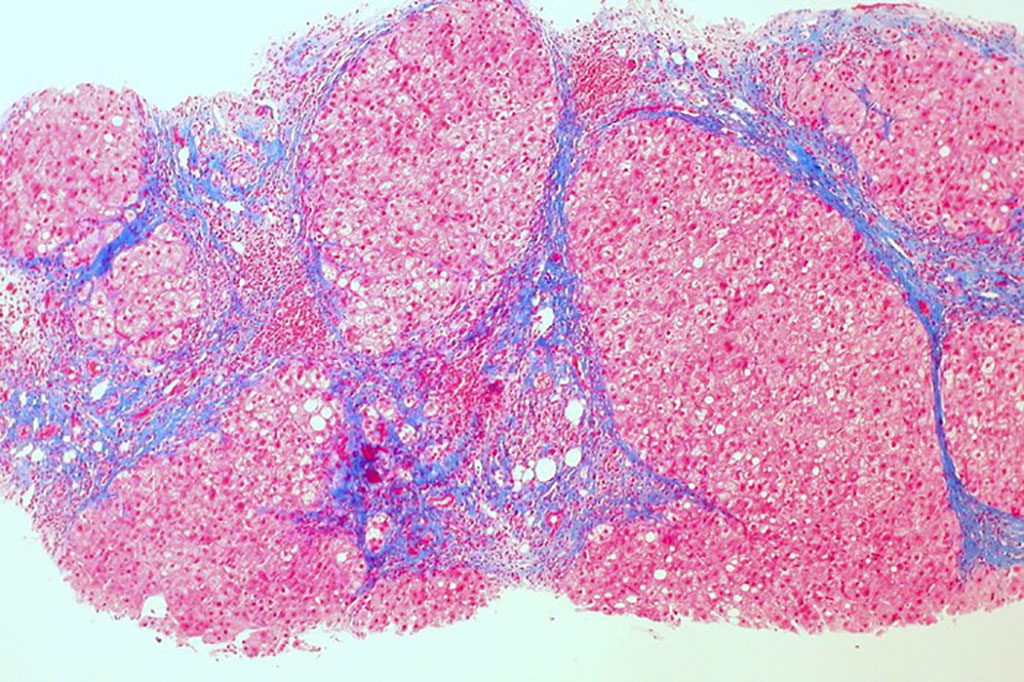 The recently developed GlycoTyper assay was used to measure changes in the N-linked glycans on IgG subtypes in the blood, which can serve as surrogate markers of liver disease and may be able to replace the gold standard method, liver biopsy.

The determination of hepatic fibrosis is critical to stage the severity of liver disease and has been associated with prognosis. In this regard, investigators at Glycopath Inc., Charleston, SC, USA) and colleagues at the Medical University of South Carolina (Charleston, SC, USA) developed the GlycoFibroTyper platform to directly address the need for a more high-throughput method for protein-specific glycan analysis from biological samples. This glycan profiling technology captures diagnostic glycoproteins from blood using antibodies. These captured proteins then undergo direct glycan analysis using matrix-assisted laser desorption/ionization (MALDI) mass spectrometry. This method requires only a few microliters of serum and utilizes a simplified processing protocol that requires no purification or sugar modifications prior to analysis.

Since alterations in N-linked glycans have been reported for IgG from large populations of patients with fibrosis and cirrhosis, the investigators utilized the GlycoFibroTyper platform to examine the glycosylation of total IgG, as well as IgG1, IgG2, IgG3, and IgG4, which had not been examined before, in a cohort of patients with biopsy confirmed liver fibrosis. Patients were classified as either having no evidence of fibrosis (41 patients with no liver disease or stage zero fibrosis), early stage fibrosis (28 patients), or late stage fibrosis (46 patients).

“Fibrosis is in essence just scarring,” said senior author Dr. Anand Mehta, professor of proteomic biomarkers at the Medical University of South Carolina. “Just as your skin can be scarred by scratching, your liver can be scarred by injury. Today you may have a little bit of scar tissue, but three years from now, you may have really bad fibrosis. If you are identified as having significant fibrosis or cirrhosis – an extreme form of fibrosis – your risk of developing liver cancer is very high. It is anywhere from 2% to 7% per year. There are other blood tests that people have developed, but they generally do not work very well – they detect only about 30% to 50% of people with advanced fibrosis. We could classify patients with about 85% to 95% accuracy to fall within those three groups.”

The liver fibrosis study was published in the February 7, 2022, online edition of the journal Frontiers in Immunology.