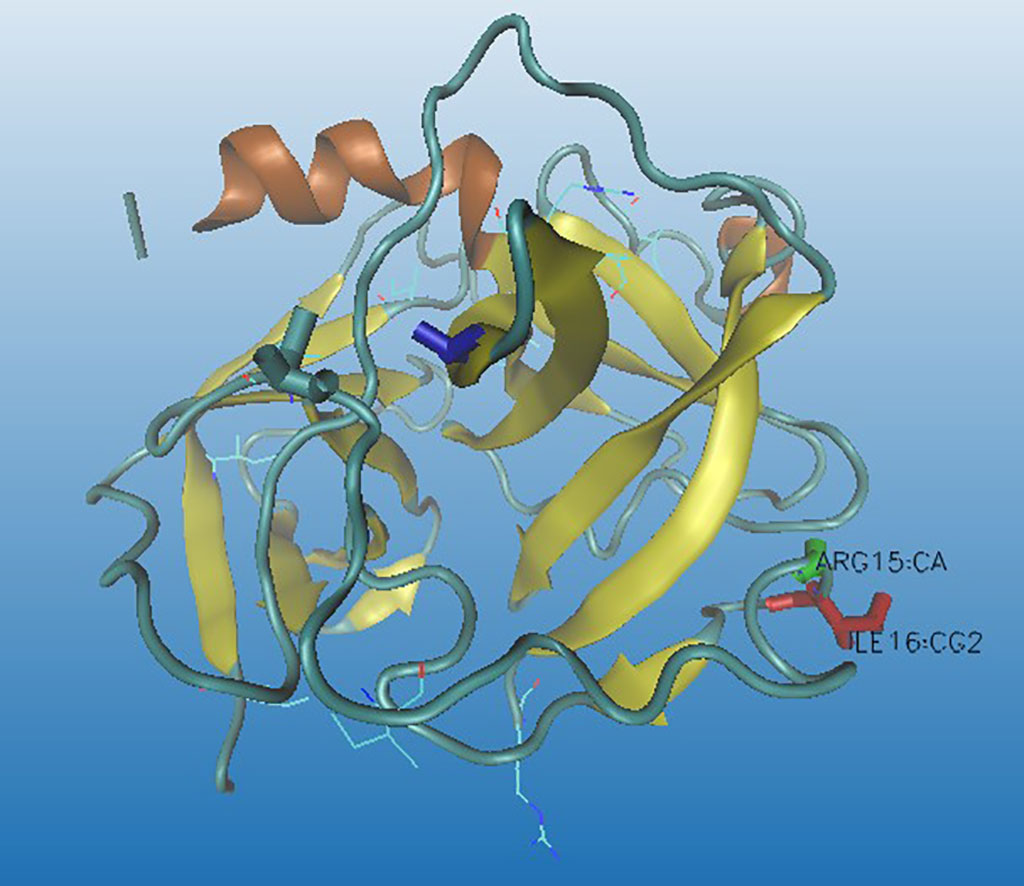 Image: Molecular model of chymotrypsinogen. Increased levels of chymotrypsinogen B1 (CTRB1) were associated with decreased risk of type I diabetes (Photo courtesy of Wikimedia Commons)
A recent study identified three novel circulating proteins associated with type I diabetes risk and that could potentially serve as diagnostic biomarkers for the disease.

Type I diabetes is an autoimmune disease that developes when very little or no insulin is produced by the islets of Langerhans (containing beta cells) in the pancreas. This type affects about 10% of people living with diabetes, but few biomarkers have been found that are able to predict the risk of developing the disease.

To rectify this situation, investigators at the University of Montreal (Canada) conducted a large-scale two-sample Mendelian randomization (MR) study of up to 1,611 circulating proteins from five large genome-wide association studies to screen for causal associations of these proteins with type I diabetes risk in 9,684 case subjects with type I diabetes and 15,743 control subjects.

The investigators found that a genetically predicted SD (standard deviation) increase in the level of signal regulatory protein gamma (SIRPG) was associated with increased risk of type I diabetes risk. SIRPG is a member of the signal-regulatory protein (SIRP) family, and also belongs to the immunoglobulin superfamily. SIRP family members are receptor-type transmembrane glycoproteins known to be involved in the negative regulation of receptor tyrosine kinase-coupled signaling processes.

Results also showed that the risk of type I diabetes nearly doubled for every genetically predicted SD increase in interleukin-27 Epstein-Barr virus–induced 3 (IL27-EBI3) protein levels. In contrast, an SD increase in chymotrypsinogen B1 (CTRB1) was associated with decreased risk of type I diabetes. Chymotrypsinogen is an inactive precursor of the digestive enzyme chymotrypsin. It comprises a single 245 amino acid residue polypeptide chain, which is synthesized in the acinar cells of the pancreas.

The study was published in the November 10, 2021, online edition of the journal Diabetes Care.