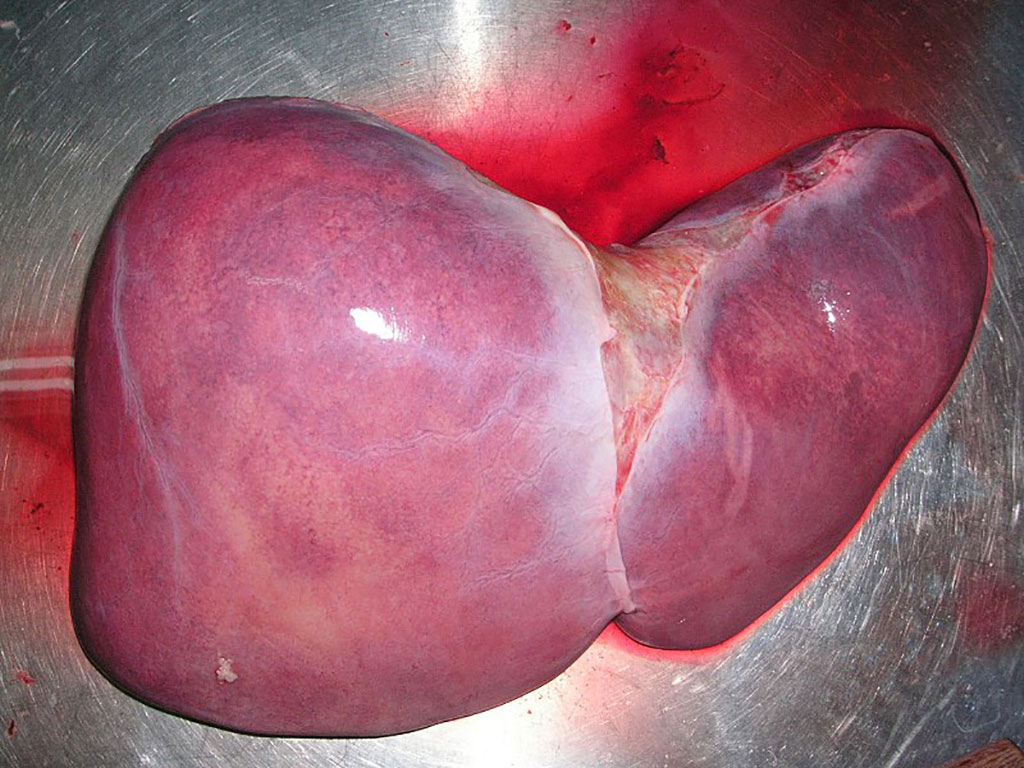 Compatibility between donor and recipient depends on the similarity of the HLA (human leukocyte antigen) proteins expressed by both. A measure of this similarity is the HLA evolutionary divergence (HED), a continuous metric that quantifies the peptidic differences between two homologous HLA alleles, reflecting the size of the immunopeptide region resented to T-lymphocytes.

For this study, they accessed the medical records of 1154 adults and 113 children who had a liver transplant between 2004 and 2018. Liver biopsies were done one, two, five, and 10 years after the transplant and in case of liver dysfunction. Donor-specific anti-HLA antibodies (DSAs) were measured in children at the time of biopsy. The HED was calculated using the physicochemical Grantham distance for class I (HLA-A or HLA-B) and class II (HLA-DRB1 or HLA-DQB1) alleles. Grantham's distance depends on three properties: composition, polarity and molecular volume. According to Grantham's distance, the most similar amino acids are leucine and isoleucine and the most distant are cysteine and tryptophan.

The influence of HED on the incidence of liver lesions was analyzed through the inverse probability weighting approach based on covariate balancing, generalized propensity scores.

Data obtained during the study showed that in adults, class I HED of the donor was associated with acute rejection, chronic rejection, and ductopenia of 50% or more but not with other histologic lesions. In children, class I HED of the donor was also associated with acute rejection independent of the presence of DSAs. There was no effect of either donor class II HED or recipient class I or class II HED on the incidence of liver lesions in adults and children. Thus, HED calculated from the HLA alleles of the donor had a much stronger influence on liver transplant success than HLA compatibility. The higher the HED of a donor of liver graft, the more frequent rejection, and this was completely independent of the HLA compatibility of donors and recipients.

These findings allowed the investigators to conclude, “Class I HED of the donor predicts acute or chronic rejection of liver transplant. This novel and accessible prognostic marker could orientate donor selection and guide immunosuppression.”

The study was published in the August 24, 2021, online edition of the journal Annals of Internal Medicine.