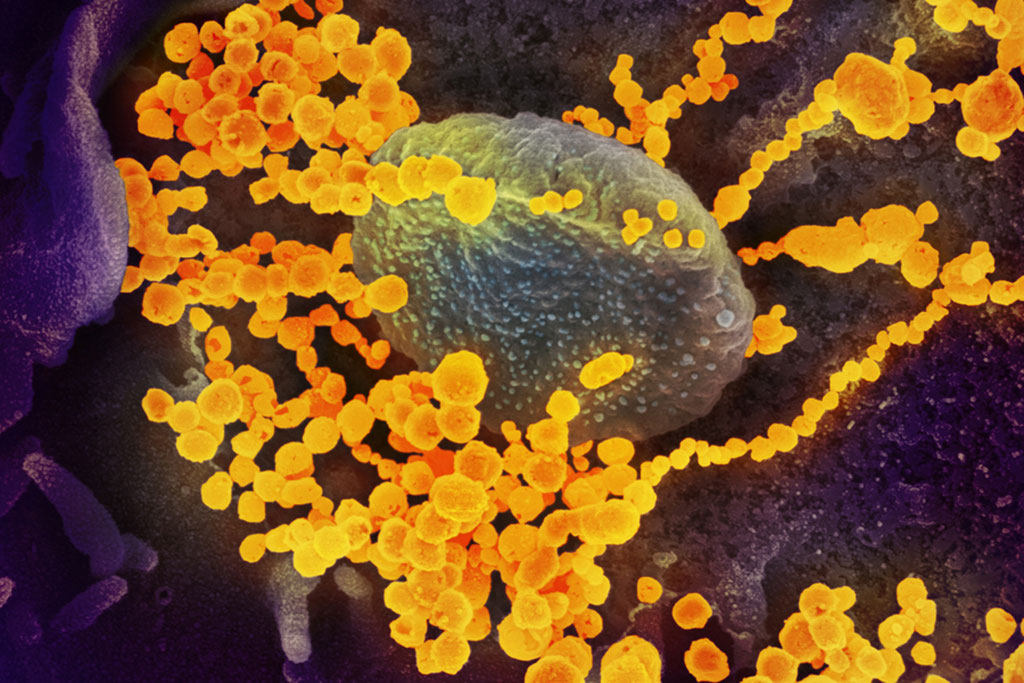 Methods such as SHERLOCK (specific high-sensitivity enzymatic reporter unlocking), which typically use a two-step process (target amplification followed by CRISPR-mediated nucleic acid detection), have been used to detect SARS-CoV-2, the causative agent of COVID-19.The technical requirements of this approach, however, are more complex than those used in point-of-care testing because they depend on an RNA extraction step and multiple liquid-handling steps that increase the risk of cross-contamination of samples.

To avoid these complications, investigators at the Massachusetts Institute of Technology (Cambridge, MA, USA) and their collaborators developed a simple test for detection of SARS-CoV-2. The sensitivity of this test was shown to be similar to that of reverse-transcription–quantitative polymerase-chain-reaction (RT-qPCR) assays.

The new test was based on the CRISPR-based SHERLOCK (Specific High-sensitivity Enzymatic Reporter unLOCKing) platform. SHERLOCK utilizes an RNA-targeting Cas protein for sensitive and specific detection of viral nucleic acid. This is method works by amplifying genetic sequences and programming a CRISPR molecule to detect the presence of a specific genetic signature in a sample, which can also be quantified. When it finds those signatures, the CRISPR enzyme is activated and releases a robust signal. This signal can be adapted to work on a simple paper strip test, in laboratory equipment, or to provide an electrochemical readout that can be read with a mobile phone.

To rapidly detect the coronavirus, the investigators modified the CRISPR-based assay into “STOP” (SHERLOCK testing in one pot), which was a streamlined assay that combined simplified extraction of viral RNA with isothermal amplification and CRISPR-mediated detection. This test could be performed at a single temperature in less than an hour and with minimal equipment.

The integration of isothermal amplification with CRISPR-mediated detection required the development of a common reaction buffer that could accommodate both steps. To amplify viral RNA, the investigators chose reverse transcription followed by loop-mediated isothermal amplification (LAMP) because LAMP reagents are widely available and use defined buffers that are amenable to Cas enzymes. LAMP operates at 55 to 70 degrees Celsius and requires a thermostable Cas enzyme such as Cas12b from Alicyclobacillus acidiphilus (AapCas12b).

The investigators systematically evaluated multiple LAMP primer sets and AapCas12b guide RNAs to identify the best combination to target gene N, encoding the SARS-CoV-2 nucleocapsid protein, in a one-pot reaction mixture. To simplify RNA extraction and to boost sensitivity, the investigators adapted a magnetic bead purification method. The magnetic beads concentrated SARS-CoV-2 RNA genomes from an entire nasopharyngeal or anterior nasal swab into one STOPCOVID reaction mixture. The test was streamlined further by combining the lysis and magnetic bead–binding steps and eliminating the ethanol wash and elution steps to reduce the duration of sample extraction to 15 minutes with minimal hands-on time.

The STOPCOVID. Test was compared with the CDC standard two-step test (i.e., RNA extraction followed by RT-qPCR)). The concentration of substrate by magnetic beads in STOPCOVID allowed detection of viral RNA from the entire swab sample, yielding an input (in terms of quantity of viral RNA) that was 600 times that afforded by the CDC test. As a result, STOPCOVID reliably detected a viral load that was one thirtieth that detected by the CDC RT-qPCR test (100 copies per sample, or 33 copies per milliliter, as compared with 1000 copies per milliliter).

The performance of STOPCOVID was evaluated in a blind test conducted at an external laboratory. A total of 202 SARS-CoV-2–positive and 200 SARS-CoV-2–negative nasopharyngeal swab samples were obtained from patients. These samples were prepared by adding 50 microliters of swab specimens obtained from patients with COVID-19 to a clean swab, in accordance with the recommendation of the [U.S.] Food and Drug Administration for simulating whole swabs for regulatory applications. Results showed that STOPCOVID had a sensitivity of 93.1% and a specificity of 98.5%. Positive samples were detected in 15 to 45 minutes.

"The goal is to make this test easy to use and sensitive, so that we can tell whether or not someone is carrying the virus as early as possible," said senior author Dr. Feng Zhang, professor of neurosciences at the Massachusetts Institute of Technology.

The STOPCOVID assay was described in the September 16, 2020, online edition of the New England Journal of Medicine.