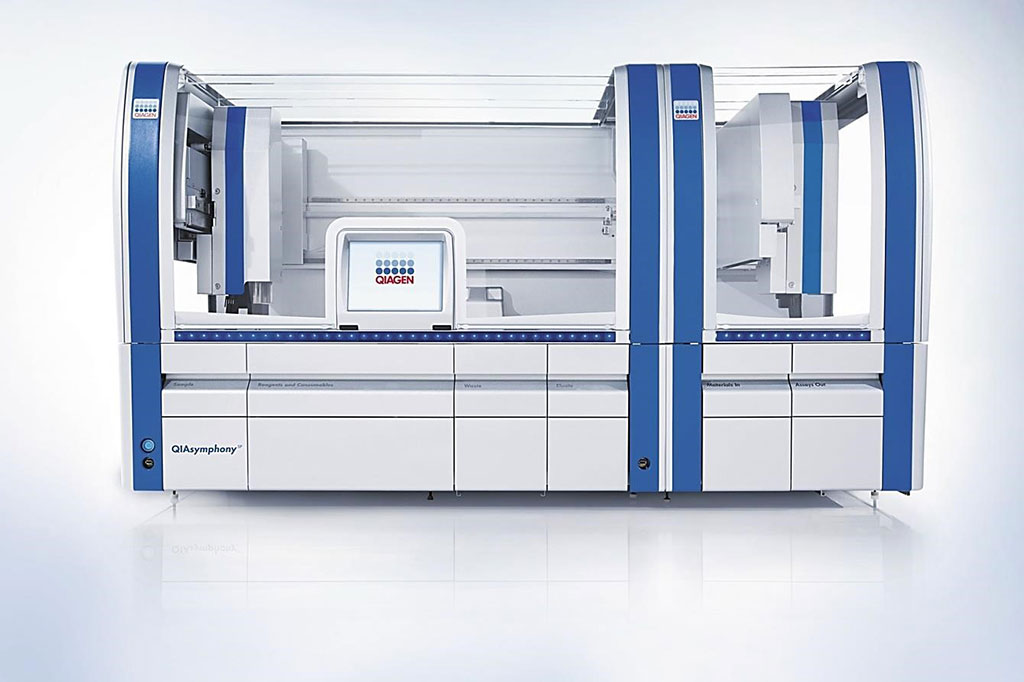 Image: The QIAsymphony SP machine enables sample preparation of DNA, RNA, and bacterial and viral nucleic acids from a wide range of starting materials (Photo courtesy of Qiagen).
Prostate cancer became a bigger killer than breast cancer for the first time, official statistics revealed last year. More than 11,800 men a year - or one every 45 minutes - are now killed by the disease in the UK, compared with about 11,400 women dying of breast cancer.

This means prostate cancer is behind only lung and bowel in terms of how many people it kills in Britain. In the US, the disease kills 26,000 each year. Despite this, it receives less than half the research funding of breast cancer, while treatments for the disease are trailing at least a decade behind.

The scientists analyzed the blood samples from men who were part of a clinical trial of the targeted drug abiraterone with or without an experimental drug, ipatasertib. The results showed that men with high levels of tumor DNA at the start of treatment had a significantly worse outcome. Their disease progressed two and a half months earlier than those negative for 'ctDNA' at the start of treatment. The team looked at blood samples over the course of the treatment with repeated tests, and found those who responded to treatment had the greatest fall in the amount of cancer DNA in their bloodstream. Cancer DNA dropped by 23%, while those who partially responded to treatment had a reduction of 16%. Men whose prostate cancer continued to get worse or stayed the same only saw a reduction of 1% to 4% respectively. The team observed emerging resistance mutations in progression samples, including alterations in TP53, AR, FOXA, PTEN, and PI3K/AKT pathway genes.

Johann de Bono, MD, MSc, PhD, FRCP, FMedSci, a professor of Medical Oncology and a senior author of the study, said, “Our study shows that a simple blood test could help us track how cancer evolves and responds to treatment, initially as part of clinical trials and eventually in routine care. These so-called liquid biopsy tests are minimally invasive, cost-effective and can be performed often and with ease. Tracking prostate cancer with a blood test instead of a painful surgical biopsy could significantly improve patients' quality of life.” The study was presented at the American Society of Clinical Oncology Virtual meeting held May 29 - May 31, 2020.