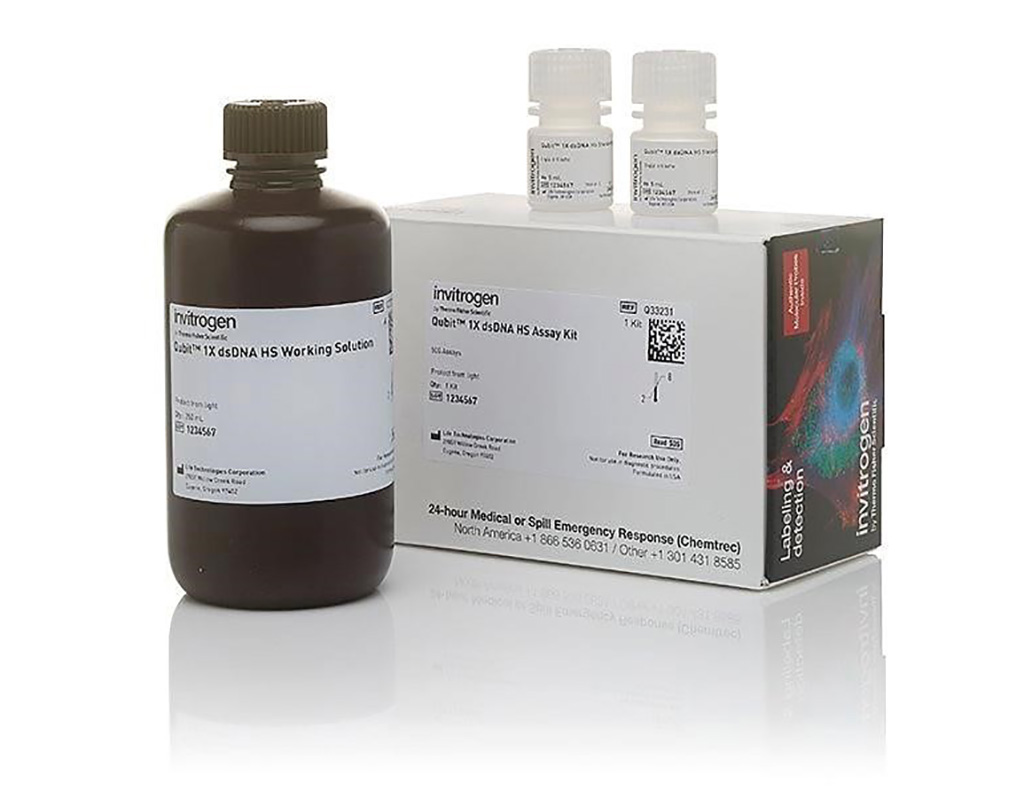 Image: The Invitrogen Qubit 1X dsDNA HS Assay Kit (Photo courtesy of Thermo Fisher Scientific).
Lysosomal storage disorders (LSDs) are a group of more than 50 inherited rare disorders characterized by the accumulation of specific undegraded metabolites in the lysosomes. This overstorage is commonly caused by a deficient or absent activity of one of the many lysosomal hydrolases or, in a few cases, by the deficit of other non-enzymatic lysosomal proteins.

Generally, the diagnostic approach includes an accurate clinical evaluation, which leads to the formulation of a suspicion for one or more LSDs. This is followed by biochemical tests, aimed to detect the storage products in body fluids, whose results may orient the following enzymatic analyses. Finally, if an enzyme deficit is detected, genetic analysis is performed on the suspected gene.

The team identified disease-causing variants in 66% of the positive control alleles and in 62% of the biochemically diagnosed patients. Three undiagnosed patients were diagnosed. Eight patients undiagnosed by the panel were analyzed by whole exome sequencing: for two of them, the disease-causing variants were identified. Five patients, undiagnosed by both panel and exome analyses, were investigated through array comparative genomic hybridization and one of them was diagnosed. Conserved intronic fragment analysis, performed in cases unresolved by the first-level analysis, evidenced no candidate intronic variants.

The authors concluded that targeted sequencing is an appealing approach to implement routine diagnostic strategy, given its low sequencing costs and short sequencing time. However, a good coverage must be ensured and, when this is not reached, validation by Sanger sequencing needs to be performed on the proband and on the parents as final step, also to exclude the presence of deletions in cases of homozygous variant finding. The study was published in the April 2020 issue of the Journal of Molecular Diagnostics.