Lipocalin 2 Identified as Biomarker for Differential Diagnosis of Vascular Dementia 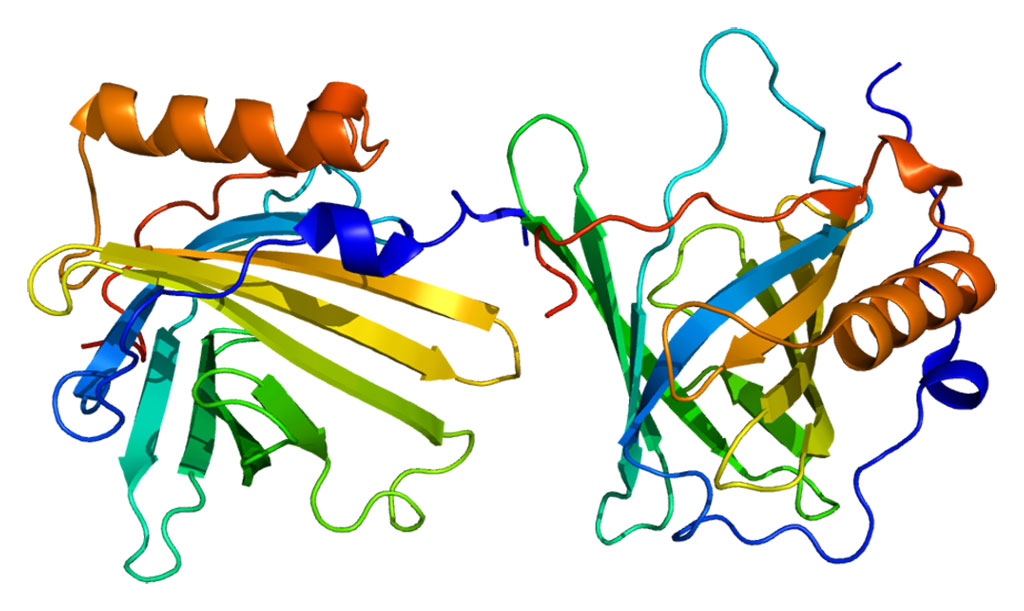 Image: Structure of the lipocalin 2 (LCN2) protein (Photo courtesy of Wikimedia Commons)
Results obtained by a study conducted by several European research institutes suggest that lipocalin 2 is a promising biomarker for the differential diagnosis of vascular dementia.

Vascular dementia (VaD) is caused by a defect of blood flow arrival to the brain, which consequently generates neuronal damage. Currently, the clinical diagnosis of VaD is based on imaging criteria, and specific biochemical markers have not been identified.

In this regard, investigators at Bellvitge Biomedical Research Institute (Barcelona, Spain) and collaborators at four other European centers evaluated the potential diagnostic use of cerebrospinal fluid (CSF) lipocalin 2 (LCN2), a secreted glycoprotein that has been suggested as mediating neuronal damage in vascular brain injuries.

LCN2 is a secreted glycoprotein involved in innate immunity and highly expressed in the central nervous system in response to injury and inflammatory stimuli. It has been discussed as a potential marker for Alzheimer’s disease (AD). Studies in humans have shown slightly elevated levels of LCN2 in plasma of patients with mild cognitive impairment (MCI) and in CSF of patients with multiple sclerosis. LCN2 has also been discussed as an attractive blood-based biomarker of inflammation, ischemia, and, in particular kidney injury. Lipocalin-2 is typically assessed for clinical or research purposes using ELISA or immunoturbidimetric assays.

To determine the role of lipocalin 2 in the brain of patients with vascular dementia, brain tissue samples were examined. These studies showed that glial cells were expressing lipocalin 2, and its expression pattern was different in vascular dementia or Alzheimer's disease.

The investigators concluded that their results indicated that CSF LCN2 was elevated in patients with VaD compared to controls, cognitively unimpaired patients with VBI (vertebrobasilar insufficiency), and other forms of dementia. The high diagnostic accuracy highlighted its potential as a biomarker for VaD in the differential diagnosis of dementia.

The lipocalin 2 study was published in the January 30, 2020, online edition of the journal Nature Communications.