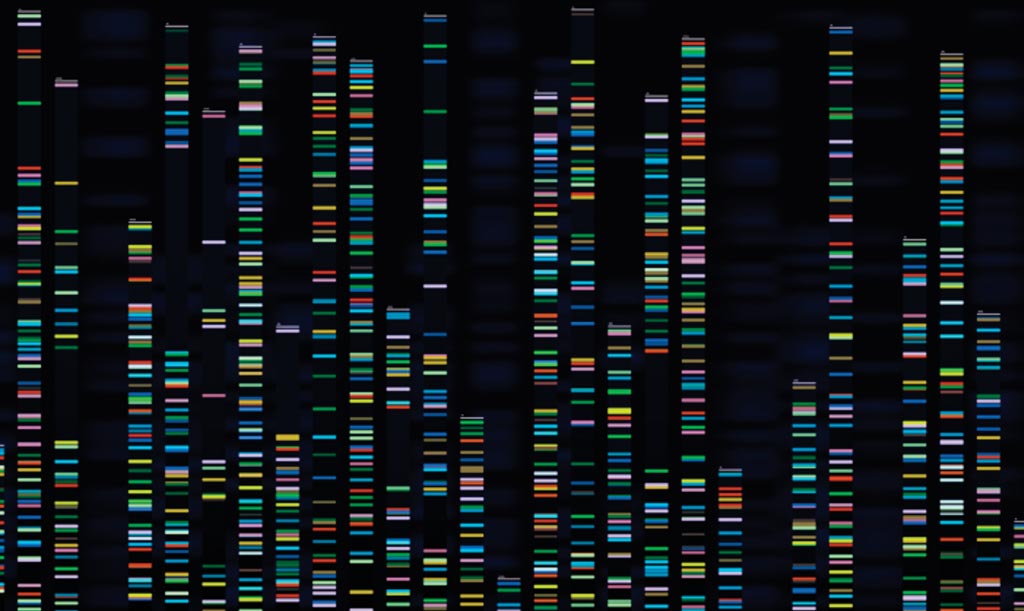 Image: Ten new genes have been discovered in the development of schizophrenia using whole exome sequencing (Photo courtesy of Broad Institute).
Schizophrenia affects about 0.7% of the population and shortens life expectancy by 12 to 15 years. Though it has long been known to have a genetic component, little progress has been made in identifying new targets for therapy.

Schizophrenia is a mental illness characterized by abnormal behavior, strange speech, and a decreased ability to understand reality. Other symptoms may include false beliefs, unclear or confused thinking, hearing voices that do not exist, reduced social engagement and emotional expression, and lack of motivation.

Molecular Geneticists at the Broad Institute (Cambridge, MA, USA) and their associates have identified new genes involved in schizophrenia by analyzing the exomes of almost 25,000 schizophrenia cases and 100,000 unaffected controls. The team decided to look at ultra-rare coding variants, which occur with much lower frequency but also have a greater effect size. In order to have sufficient power to find these types of variants, they needed to look at the exomes of a very large number of cases and controls. While genome-wide association studies (GWAS) have already identified hundreds of risk loci for schizophrenia, it has been difficult to go from these associations to causal variants, specific genes involved, and the function of these genes.

The scientists recruited schizophrenia patients and controls from several populations, including those with European, Latin American, East Asian, Ashkenazi Jewish, and African American ancestry, though the majority have a European background. So far, they have analyzed the exomes of 24,248 cases and 97,322 controls, and found de novo mutations in 3,444 parent-child trios. They have identified 10 genes that confer substantial risk for schizophrenia, and 34 genes that are significant, and have made its results available in a browser (http://schema.broadinstitute.org). Two of the top 10 genes, GRIN2A and GRIA3, encode glutamate receptor subunits, supporting the hypothesis that diminished function of the glutamatergic system is involved in the pathogenesis of schizophrenia. They also found that both GRIN2A and SP4, which encodes a transcription factor, reside in loci that had already been implicated in schizophrenia by GWAS.

They compared these risk genes to genes implicated in other diseases, in particular neurodevelopmental delay, autism spectrum disorders, and intellectual disability, and found that there was significant overlap with autism. As such, it appears that the schizophrenia risk genes are more relevant to later-onset psychiatric disorders than to those with an early onset. While there is not complete overlap between the schizophrenia genes identified by exome sequencing and the genetic loci found by GWAS, some of the rare variants can be useful to fine-map GWAS loci and prioritize genes in them. The study was presented at the American Society of Human Genetics annual meeting held October 15-19, 2019, in Houston, TX, USA.