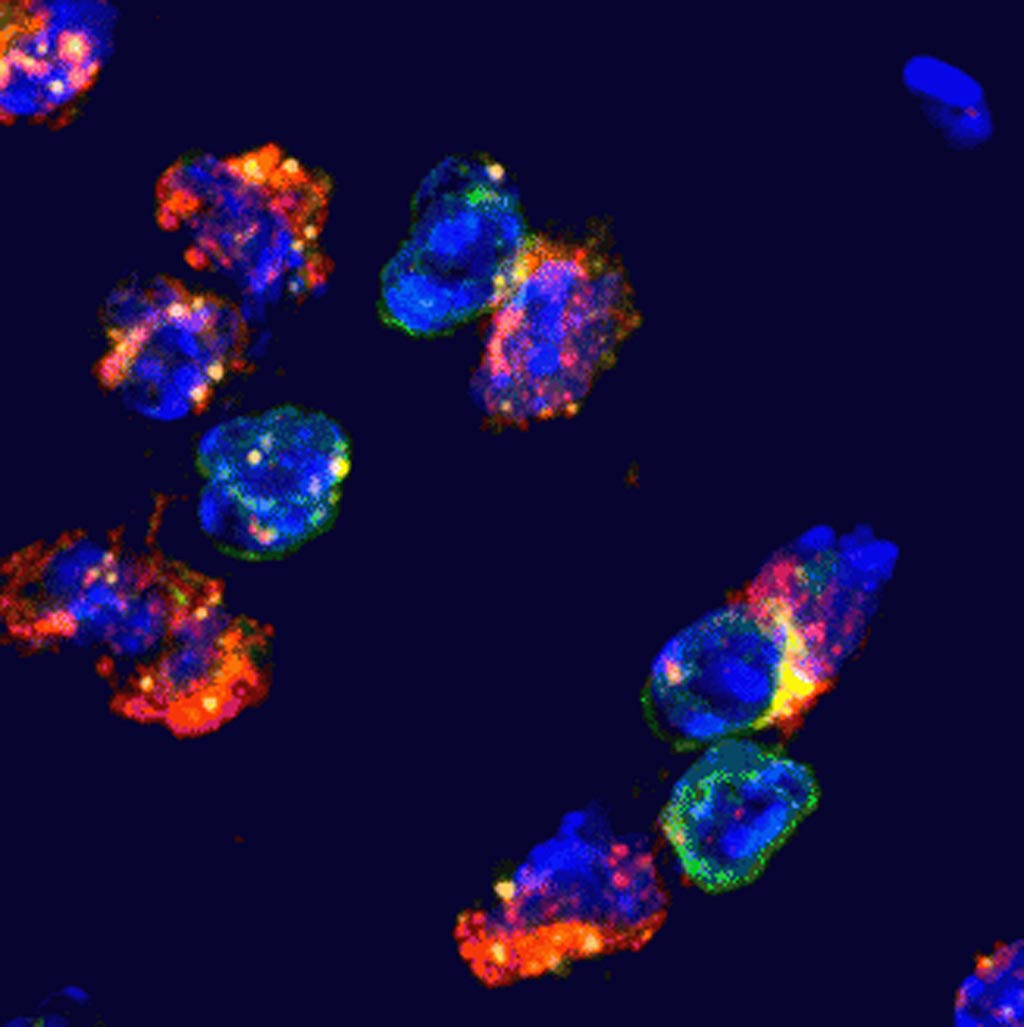 Image: Follicular helper T-cells (cells with green surface markers) interact closely with B-cells (cells with orange surface markers) to facilitate the proliferation of B- cells and the production of high affinity antibodies. The interaction site is shown in yellow, DNA in blue (Photo courtesy of Joyce Hu, La Jolla Institute for Allergy and Immunology).
Researchers have found that a specialized class of circulating white blood cells (CXCR5−PD-1hi Tph cells) are associated with progression for autoantibody positivity to clinical type I diabetes and have the potential to serve as biomarkers to monitor progression of this disease.

Type I diabetes is preceded by a period of asymptomatic autoimmunity characterized by positivity for pancreatic islet autoantibodies. Therefore, T helper cell responses that induce B-cell activation are likely to play a critical role in the disease process.

For the current study, the investigators utilized samples from the Finnish DIPP (Type I Diabetes Prediction and Prevention) study in which the development of type I diabetes was followed from birth in children with genetic risk for the disease.

Results revealed that the frequency of circulating Tph cells was increased in children with newly diagnosed type I diabetes, especially in those who were positive for multiple autoantibodies. Importantly, circulating Tph cells were also increased in autoantibody-positive at-risk children who later progressed to type I diabetes.

"Based on our results, it is possible that peripheral helper T-cells may have a role in the development of type I diabetes. This information could be employed in the development of better methods to predict type I diabetes risk and new immunotherapies for the disease. However, more studies need to be conducted to verify our results and to further characterize the functionality of peripheral helper T- cells," said first author Ilse Ekman, a doctoral research student at the University of Eastern Finland.

The study was published in the September 2019 issue of the journal Diabetologia.