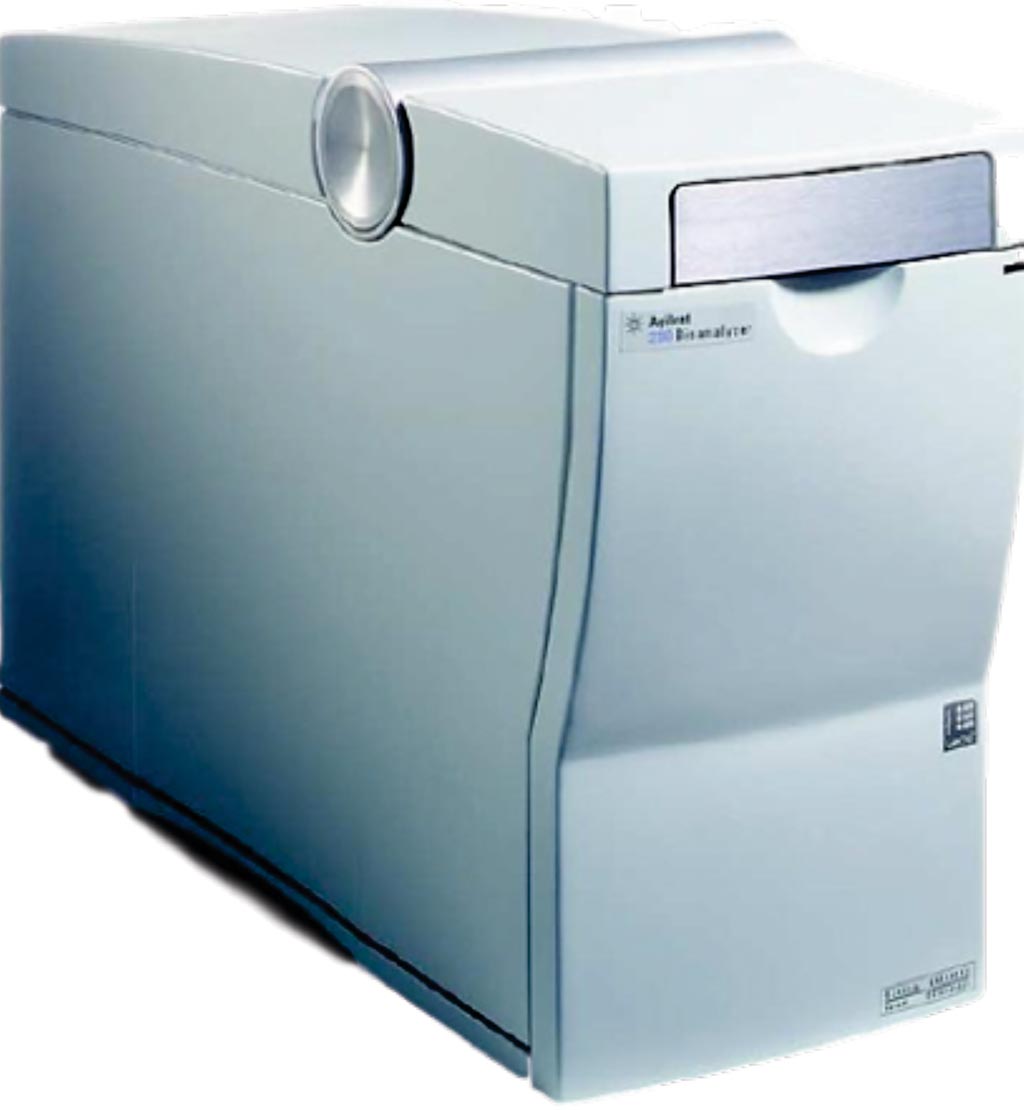 Image: The 2100 Bioanalyzer with automated electrophoresis, provides sizing, quantitation, and purity assessments for DNA, RNA, and protein sample (Photo courtesy of Agilent Technologies).
Nonalcoholic fatty liver disease (NAFLD) is a chronic, frequently progressive condition resulting from excessive accumulation of fat in hepatocytes. Nonalcoholic steatohepatitis (NASH) is a clinically advanced form of NAFLD characterized by hepatic inflammation with or without scarring that is associated with increased liver-related morbidity and mortality.

Severe liver fibrosis represents the end-stage pathology evolving from a number of pathogenic mechanisms and is considered a major risk factor for the development of hepatocellular carcinoma. Although oxidative stress, pro-inflammatory cytokines, and immune response are associated with inflammation and fibrosis in NASH, the molecular mechanisms by which fibrosis develops and progresses in these patients remain only partially understood.

A team of scientists collaborating with Temple University School of Medicine (Philadelphia, PA, USA) had recently identified adipocyte enhancer binding protein 1 (AEBP1) as a member of a core set of dysregulated fibrosis-specific genes in human NASH. Here they sought to investigate the relationship between AEBP1 and hepatic fibrosis, the team included from the final sample size across the four histological grades: 36 who were normal, 50 with steatosis, 52 with inflammation, and 53 with fibrosis.

The authors concluded that AEBP1 expression was increased in human liver biopsies from patients with NASH fibrosis, in activated human stellate cells, and in human liver cells treated with glucose, fructose, and palmitate. AEBP1 regulated the expression of nine fibrosis-specific genes that were also members of an algorithm-predicted AEBP1 target gene network in NASH. They also found that AEBP1 functionally interacted with two miRNAs.