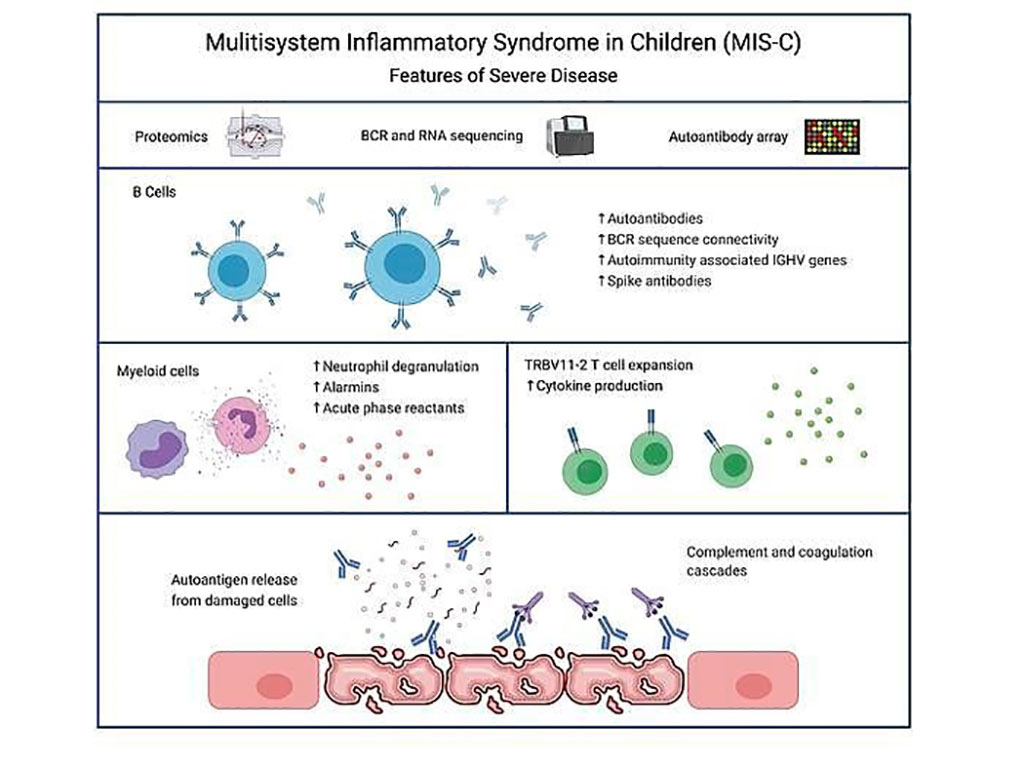 MIS-C disproportionately affects male children and children of Hispanic or Black descent. It manifests as a severe and uncontrolled inflammatory response with multiorgan involvement. A hyperinflammatory state is evidenced by clinical makers including high serum concentrations of C-reactive protein (CRP), ferritin, and D-dimers, and increased levels of pro-inflammatory cytokines.

The authors concluded that their study furthers our understanding of the immunopathogenesis of MIS-C, particularly the autoimmune aspects of disease, and highlights pathogenic pathways that may act as targets for more directed therapeutic interventions. They identified B cell receptor profiles that are associated with hyperinflammation and autoimmune responses. They confirmed their previous finding that TRBV11-2 T cell expansion is linked to a more severe disease phenotype and demonstrate a link between TRBV11-2 expansion and a cluster of hyperinflammatory MIS-C patients with autoimmune signatures. Furthermore, they identified serum proteins with potential to act as biomarkers to predict severity of MIS-C. The study was published on August 26, 2021 in the Journal of Clinical Investigation.