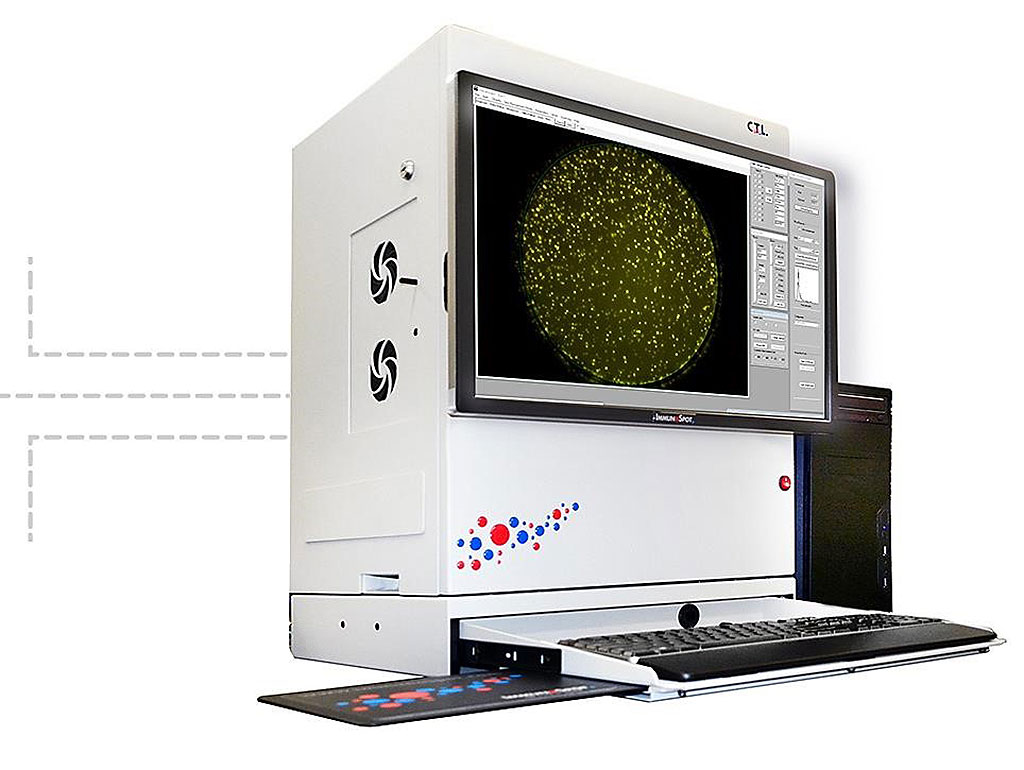 Image: CTL- Immunospot Analyzers come in a wide range of models, each of which is designed to make assay analysis faster, easier, and more accurate than ever before (Photo courtesy of Cellular Technology Limited).
Dengue virus (DENV) is a member of the clinically-relevant Flavivirus genus together with Zika virus, yellow fever virus and others. With four distinct serotypes, DENV is thought to infect between 280 and 550 million people worldwide every year.

While the majority of individuals suffering from dengue fever recover without showing severe symptoms or requiring extensive medical intervention, approximately 500,000 individuals per year develop severe dengue which has a mortality rate of up to 20%. Subclinical exposure is a significantly complicating factor, as those individuals previously exposed to one DENV serotype are at greater risk for severe symptoms than those with no previous exposure.

The team discovered that that IgA represented a significant fraction of antibodies expressed by B cell plasmablasts circulating after DENV infection, most dramatically in individuals experiencing their first DENV infection. Though these data were generated from a small group of children, this is the first study to measure and characterize the entire output of plasmablasts without limitations to specific types of antibodies. These insights set the stage for future work to fully characterize the body's immune response to DENV, understand risk factors to severe dengue and ultimately could be critical to the development of new diagnostic tools as well as a safe, efficacious dengue vaccine.

Adam T. Waickman, PhD, the lead author of the study, said, “The fact that we observed such a profound IgA signature in individuals experiencing their first DENV infection may improve our ability to rapidly determine a patient's DENV exposure history and risk of developing severe disease.” The study was published on April 18, 2020 in the journal EBioMedicine.