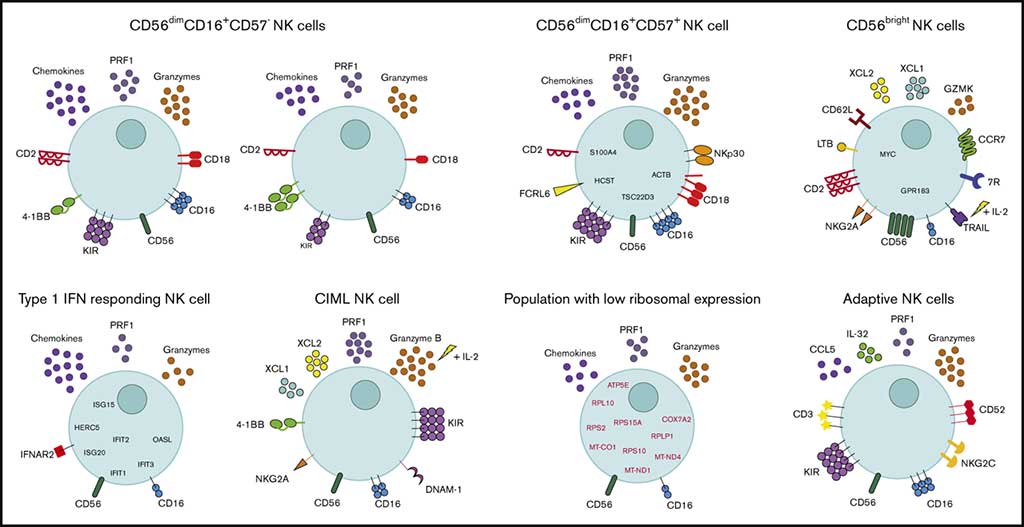 Human natural killer (NK) cells in peripheral blood perform many functions, and classification of specific subsets has been a longstanding goal. NK cells have also been implicated in a wide range of diseases: those caused by microbial pathogens, autoimmune diseases, reproductive complications, and transplantation.

The team identified three novel human blood NK cell populations: a population of type I interferon–responding NK cells that were CD56neg; a population exhibiting a cytokine-induced memory-like phenotype, including increased granzyme B mRNA in response to IL-2. They als o identified a small population, with low ribosomal expression, downregulation of oxidative phosphorylation, and high levels of immediate early response genes indicative of cellular activation. Analysis of CMV+ donors established that CMV altered the proportion of NK cells in each subset, especially an increase in adaptive NK cells, as well as gene regulation within each subset.

The authors summarized that NK cells within healthy individuals displayed an exquisite division of labor. The expansion, contraction, or alteration, of these subsets in pathological settings will give insight into NK cell responses during disease progression. The study was published on April 9, 2020 in the journal Blood Advances.