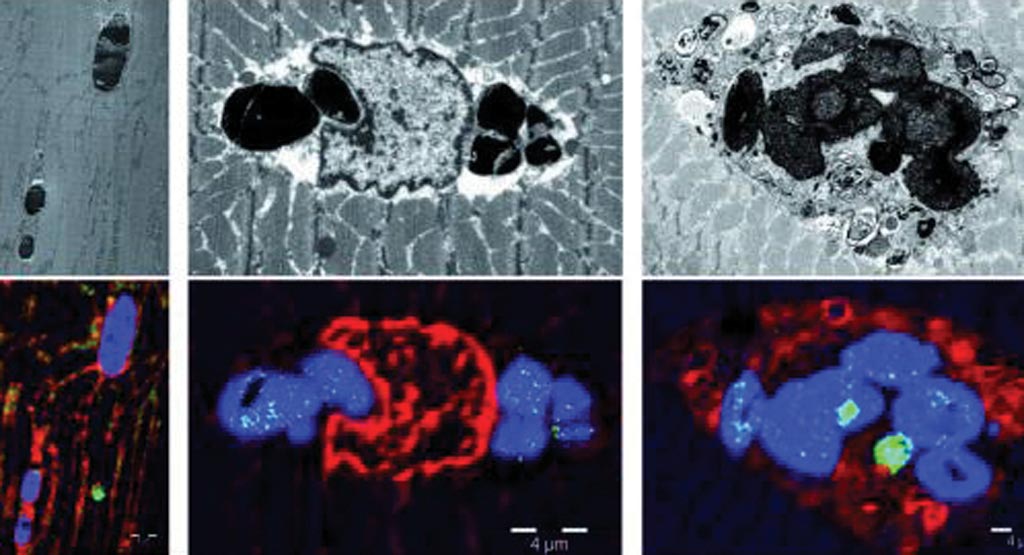 Myoglobin, like hemoglobin (Hb), is a cytoplasmic protein that binds oxygen on a heme group. It harbors only one heme group, whereas hemoglobin has four. Although its heme group is identical to those in Hb, MB has a higher affinity for oxygen than does hemoglobin. This difference is related to its different role: whereas hemoglobin transports oxygen, myoglobin's function is to store oxygen. MB also acts as scavenger of free radicals and other reactive oxygen species, helping the cell to avoid damage caused by oxidative stress.

The newly characterized disease called myoglobinopathy manifests between the fourth and fifth decade of life. It causes a progressive weakness of the axial and limb muscles, and in more advanced stages affects the respiratory musculature and the heart.

Investigators at the Bellvitge Biomedical Research Institute (Barcelona, Spain) analyzed the genomes of fourteen members of six unrelated European families who displayed signs of myoglobinopathy. They identified an autosomal dominant myopathy with variable cardiac involvement and characteristic sarcoplasmic inclusions in skeletal and cardiac muscle that was linked to a recurrent substitution mutation in the MB gene.

"This is the first time that a disease caused by a mutation in the myoglobin gene has been identified," said first author Dr. Montse Olivé, a physician and researcher in the institute of neuropathology at the Bellvitge Biomedical Research Institute. "We have identified the same mutation in several members of six unrelated European families, all of whom had the same symptoms and showed very characteristic lesions - called sarcoplasmic bodies - in muscle biopsies."

The genetic basis of myoglobinopathy was discussed in a paper published in the March 27, 2019, online edition of the journal Nature Communications.