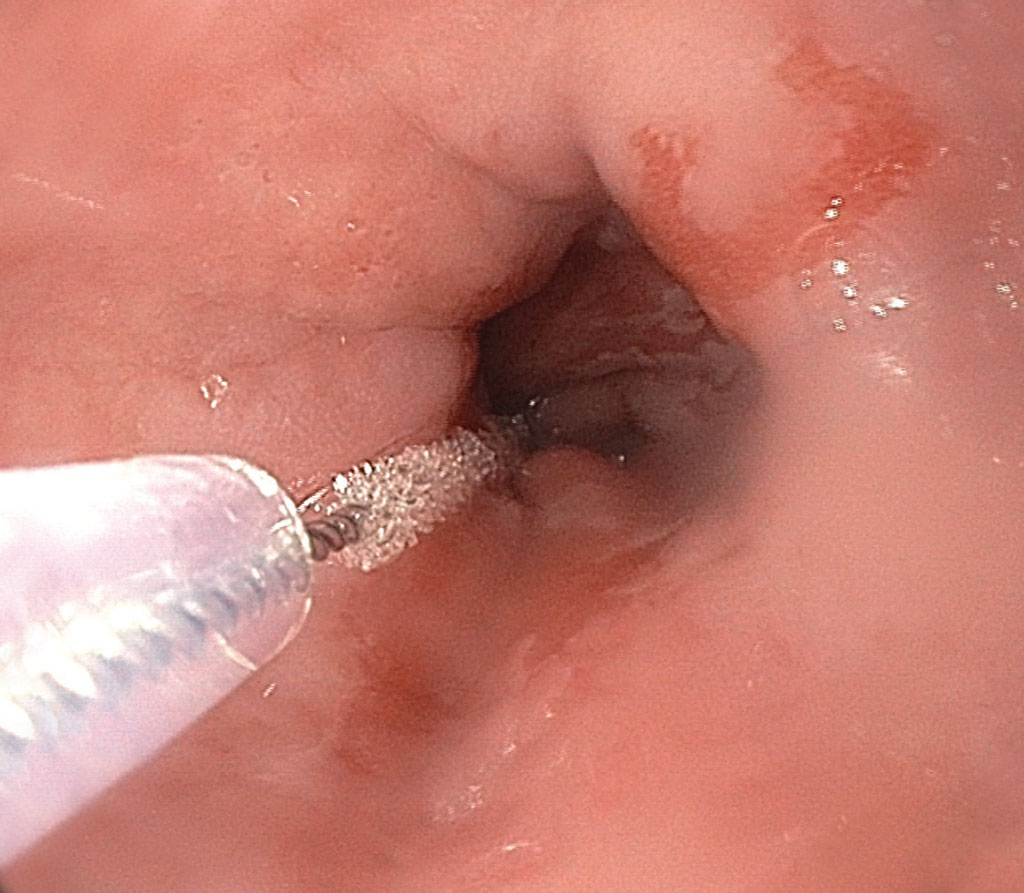 A new study will test the effectiveness of a novel diagnostic tool to improve detection of early esophageal cancer.

Researchers at the University of Colorado (CU) Cancer Center (Aurora, CO, USA) are leading a study to see if a novel diagnostic platform from CDx Diagnostics Inc. (Suffern, NY, USA) can help endoscopists better identify the disease in patients with a condition called Barrett’s esophagus. Barrett’s esophagus, a premalignant condition for esophageal adenocarcinoma, occurs when the flat lining of the esophagus becomes damaged by acid reflux. The condition is diagnosed in 7% to 10% of individuals with chronic gastroesophageal reflux disease (GERD) and is estimated to be present in 1% to 2% of the general adult population.

As Barrett’s esophagus is associated with an increased risk of developing esophageal cancer, those with the condition should get regular biopsies to check for precancerous cells (known as dysplasia) or early-stage esophageal cancer. When detected early, esophageal cancer is much more treatable endoscopically than it is at later stages. Early treatment can often be performed endoscopically, where later-stage cancers usually require surgery (esophagectomy) with or without chemotherapy and radiation therapy.

The four-year study will test the effectiveness of CDx’s advanced diagnostic platform - WATS3D, or Wide-Area Transepithelial Sampling with computer-assisted three-dimensional analysis - vs. the current standard of care known as the Seattle biopsy protocol. Where the latter method involves obtaining random four-quadrant biopsies of the esophagus, the CDx’s unique brush instrument contains long, stiff bristles that result in the acquisition of more at-risk mucosa.

Specimens will be reviewed at the company’s CLIA-certified laboratory with its patented extended depth of field imaging system and artificial intelligence-based platform that assist the pathologists in diagnostic precision. The trial will be conducted at approximately 14 centers across the U.S. The primary aim of this study is to compare the diagnostic yield of dysplasia or cancer between these two sampling methods. It is important to study Barrett’s esophagus because it is the only identifiable premalignant condition for esophageal adenocarcinoma. Traditional endoscopy with biopsies can miss as much as 30% of patients with Barrett’s esophagus-related dysplasia or early esophageal adenocarcinoma. This study will hopefully set the stage for future studies to predict progression to esophageal cancer among patients with Barrett’s esophagus.

“Esophageal adenocarcinoma is a highly lethal cancer with a five-year survival rate of less than 20%. What is really disappointing is that despite all the advances that we’ve made, the vast majority of patients with esophageal cancer still present with advanced-stage disease,” said Sachin Wani, MD, a University of Colorado Cancer Center member who is leading the study. “We are excited to be embarking on such an important study that really will impact thousands of patients that are diagnosed with Barrett’s esophagus and esophageal cancer. If the study shows that this sampling method detects more patients with dysplasia and early esophageal cancer and improves outcomes this could have significant ramifications for the way we perform endoscopy in the future for this patient population.”