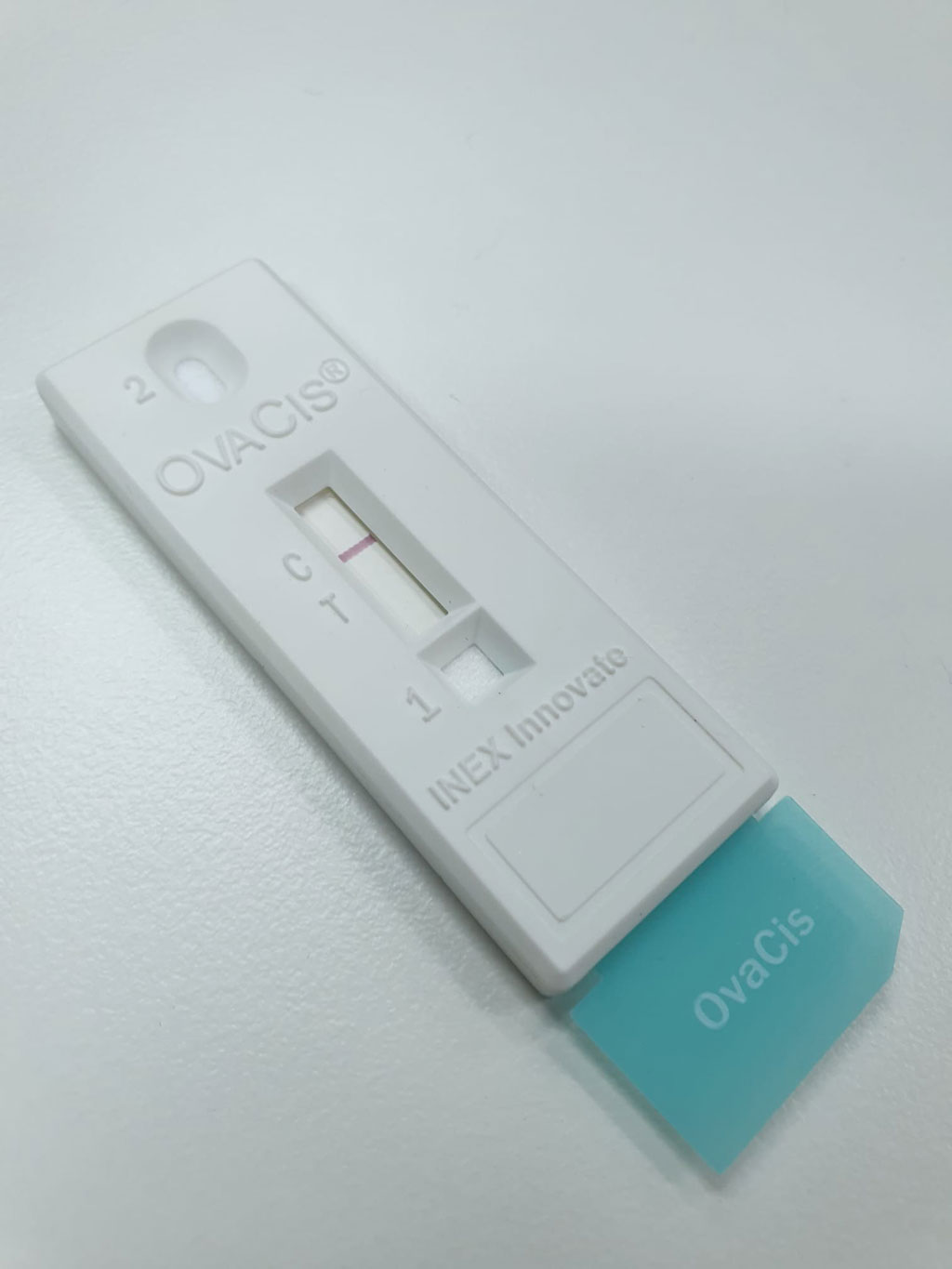 Image: OvaCis rapid test is slated to launch in EU and Southeast Asia by 2022 end (Photo courtesy of INEX Innovate)

The current standard of practice for ovarian cancer screening, called frozen section, increases the surgical procedure time by up to 60 minutes, consequently increasing the risk of infections and anesthesia. Frozen section is also dependent on the skill of the pathologist conducting the biopsy sections, thus ovarian cancers (especially early ovarian cancers) can be missed. Now, a first of its kind point-of-care (POCT) test discriminates benign from malignant ovarian cysts in an operating theater setting and significantly reduces surgical procedure time by providing results in 15 minutes.

The OvaCis Rapid Test from INEX Innovate (Singapore) works by identifying a protein biomarker (haptoglobin) evenly distributed in ovarian cysts fluid to determine if the cysts are benign or malignant. The reagents in the device combine to yield a colorimetric reaction which displays if the cancer is malignant (positive) or benign (negative). The test was developed as a rapid test format, and has proved to be user friendly requiring only minimal training and five minutes of hands-on time.

OvaCis’ reliance on cyst fluid which is homogenous results in higher accuracy. OvaCis is ideal for medical settings with no on-site facilities for histology, and costs less than frozen section. It does not require trained pathologists, substantially reduces operating theatre time, and frees up resources in the laboratory. OvaCis Rapid Test has obtained a CE mark and is slated to launch in the EU and Southeast Asian markets by the end of 2022. A previous iteration of OvaCis was launched in 2019, and the latest improvements now mean an extension of the product's shelf life to a minimum of 18 months at room temperature storage. This makes it convenient to store the kits in a primary healthcare setting.

“Ovarian cysts are a very common women's health condition. In fact, as many as 18% of women have them at some point in their lives and about 8% of premenopausal women develop large cysts that need treatment,” said Kane Black, Chief Executive of INEX Innovate. “With limited diagnostic options, this is an underserved population. This is mainly because the industry has been largely focused on upstream screening procedures such as early cancer detection.”

“OvaCis empowers surgeons to make fast informed evidence-based decisions within the confines of a high pressure surgical environment. By providing results in 15 minutes, the surgical procedure time is significantly reduced, thus greatly reducing the risk of infection. It also adds a layer of assurance for clinicians to make decisions about the extent of the surgery and the final reproductive status of a patient,” added Black.