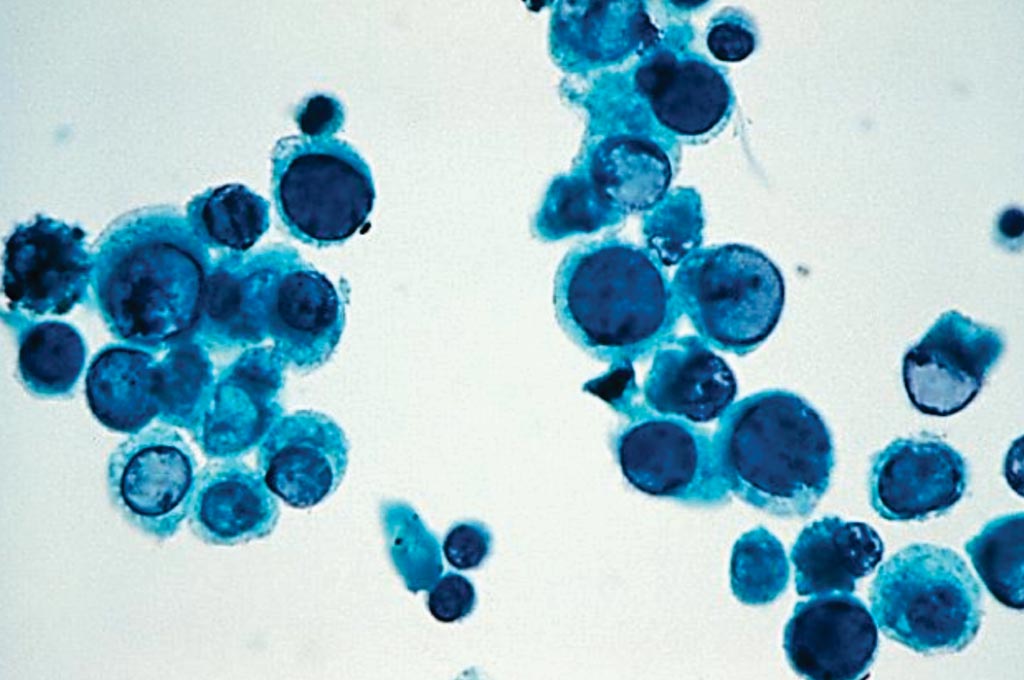 Image: The BK virus (BKV) is a ubiquitous human polyomavirus that causes hemorrhagic cystitis in hematopoietic stem cell transplantation patients and nephropathy in kidney transplantation recipients. Poorly cohesive urothelial cells possess amorphous and smudgy nuclei, indicative of BK viral infection (Photo courtesy of Pathos223).
Allogeneic hematopoietic stem cell transplantation (HSCT) is a potentially curative therapeutic modality for various malignant and nonmalignant hematological conditions. The best results of allogeneic HSCT were obtained when the stem cells from a human leukocyte antigen (HLA)-matched sibling were used, such a donor can only be found for approximately 30% of patients.

Scientists at the University of Southern California (Los Angeles, CA, USA) and their colleagues conducted a retrospective cohort study in adults with various malignant and benign hematological conditions who underwent allogeneic hematopoietic stem cell transplantation from 2011 to 2018. One hundred-day and one-year overall survival was defined as survival from the time of transplant until 100 days or one year later.

Routine monitoring for cytomegalovirus (CMV) viremia was conducted three times per week by qRT-PCR for the first six months after transplant in all patients, with CMV infection defined as detectable DNA by this assay. The frequency of CMV monitoring was subsequently decreased for the remainder of the 1-year post-transplant period. Patients otherwise underwent evaluation for specific bacterial, fungal, and viral infections as needed per clinical presentation as well as laboratory and imaging findings. Testing for BK viruria and viremia was performed by DNA urine RT-PCR and DNA plasma RT-PCR, respectively, in all patients who reported new-onset urinary symptoms such as dysuria and hematuria after transplant. BK virus infection was defined as detectable DNA by these assays.

The authors concluded that despite the use of identical antimicrobial prophylactic and treatment agents, haploidentical recipients were found to have significantly increased rates of 100-day and one-year infection-related mortality as well as several other infectious complications. The study was published on May 15, 2019, in the Journal of Blood Medicine.