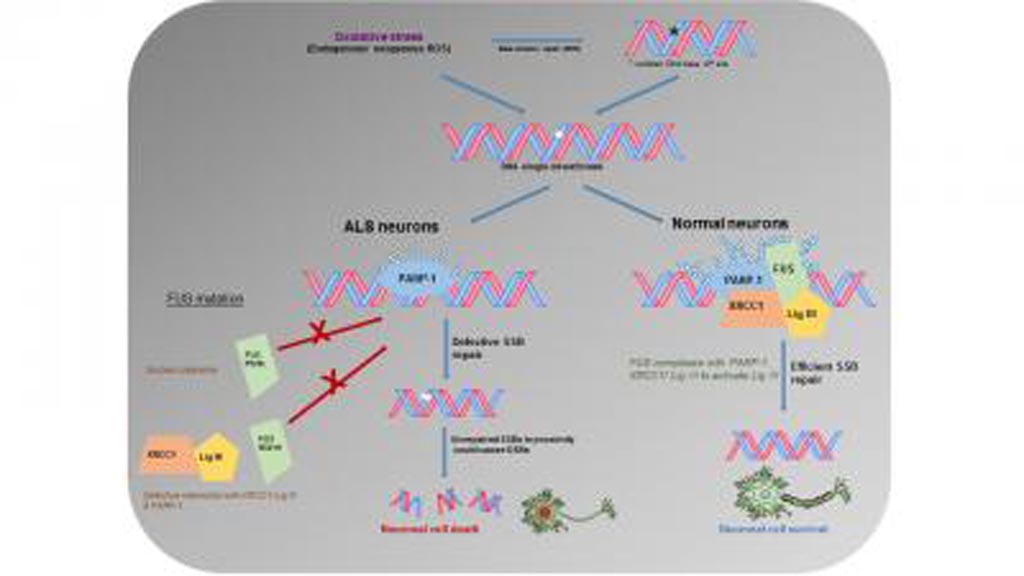 Image: Identification of a link between motor neurons\' inability to repair oxidative genome damage in ALS suggests that DNA ligase-targeted therapies may prevent or delay disease progression (Photo courtesy of Hegde Laboratory, Houston Methodist Hospital).
A team of neurodegenerative disease researchers identified a mechanism that leads to the accumulation of damaged DNA in neurons that characterizes amyotrophic lateral sclerosis (ALS).

ALS is a neurodegenerative disease characterized by the selective and progressive death of upper and lower motor neurons. This leads to progressive muscle weakness, and death of the patient usually occurs within two to five years after the onset of symptoms. In approximately 10% of patients, there is a clear family history.

Genome damage and defective repair have been linked to neurodegeneration in conditions such as ALS. However, the specific mechanisms involved remain unclear. In this regards, investigators at Houston Methodist Hospital (TX, USA) identified defects - caused by mutations in the RNA/DNA-binding protein FUS - in DNA nick ligation and oxidative damage repair in a subset of ALS patients.

These findings revealed a pathway of defective DNA ligation in FUS-linked ALS and suggested that LigIII-targeted therapies could prevent or delay progression of the disease.