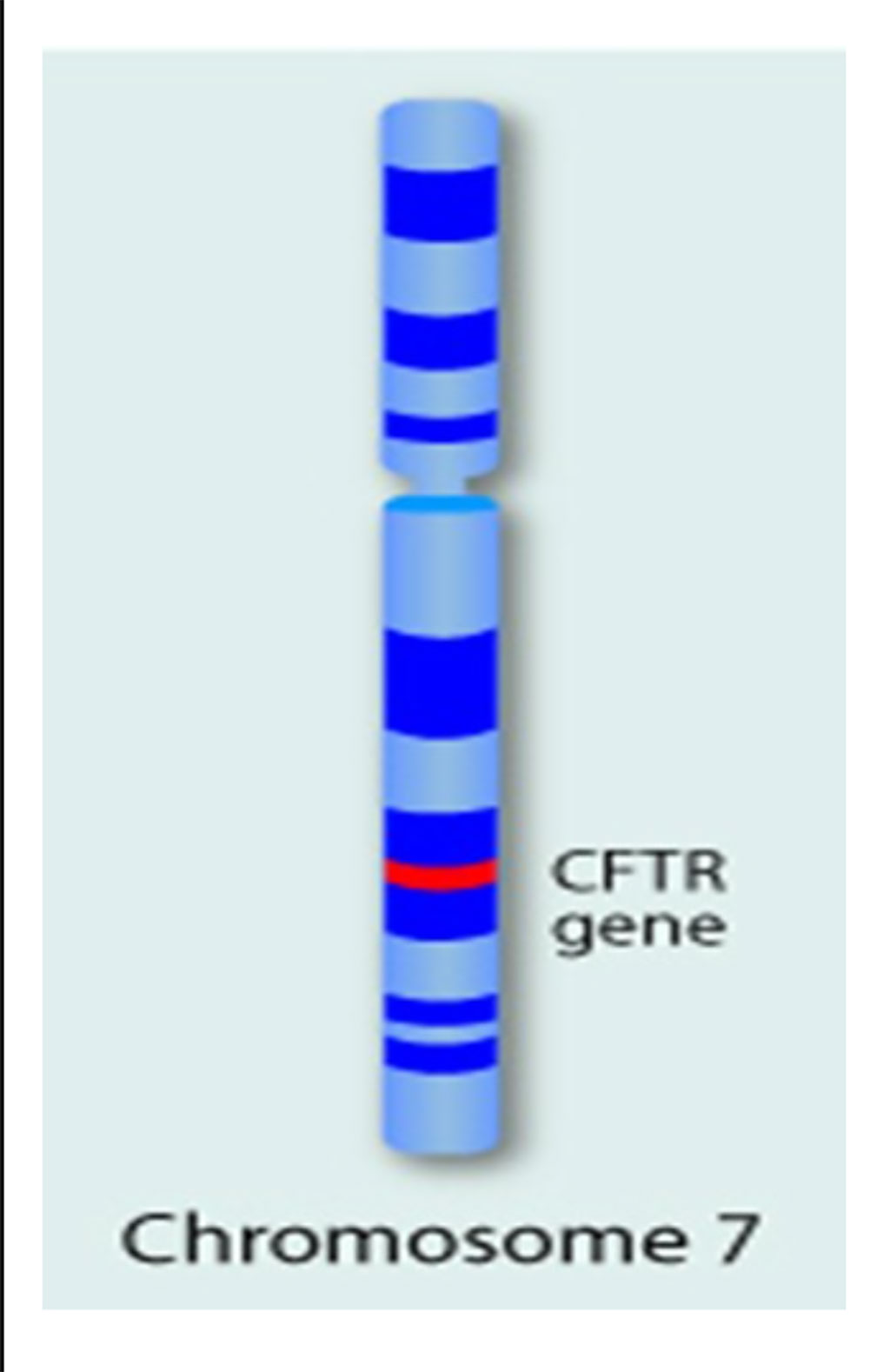 Image: The single gene, Cystic Fibrosis Transmembrane Regulator (CFTR) gene is located on the long arm of chromosome 7, and its mutations cause CF (Photo courtesy of Daryl Isaac).
Cystic fibrosis (CF) is one of the most common life-shortening monogenic disorders amongst European-derived populations currently affecting more than 85,000 patients worldwide. The diagnosis of CF is based on consensus clinical and laboratory criteria.

An international team of medical laboratory scientists led by the University of Debrecen (Debrecen, Hungary) have reviewed the methods used to diagnose CF. Monitoring of pulmonary inflammation via peripheral blood biomarkers is the most common strategy that could be analytically standardized and is generally reproducible. The team summarized the utility of thus far studied blood-, sputum- and bronchoalveolar lavage (BAL)-based biomarkers to evaluate inflammatory conditions in the lung and to follow treatment efficacy in CF.

Serum or plasma C-reactive protein (CRP) concentrations as indicators of systemic inflammation in CF have been analyzed and found to be increased in CF. Higher baseline plasma CRP levels (≥5.2 mg/L) were found in adult CF patients who had a more severe disease and were at higher risk for pulmonary exacerbation (PEx). Similarly, serum CRP was among those individual biomarkers, which could effectively differentiate CF children for lung disease severity.

Airway disease is characterized by chronic infection and recurrent inflammation with neutrophil dominance in association with increased production of a number of pro-inflammatory cytokines, such as IL-6, IL-8 and tumor necrosis factor-α (TNF-α). Serum IL-6 separated CF subjects from normal individuals and showed a significant reduction during antibiotic therapy. Similarly, plasma IL-8 monitored antibiotic efficacy by 21 days and indicated the onset of early re-exacerbation. Higher plasma IL-6 and IL-8 concentrations at the time of exacerbation were associated with an increased risk for being a non-responder to antibiotics.

Activated neutrophils produce several proteins under inflammatory conditions, such as NE, myeloperoxidase (MPO), calprotectin, YKL-40, etc., which circulate at a high quantity in CF blood specimens. NE is a ‘destructive’ serine protease impacting extracellular matrix proteins that forms complexes with anti-proteases leading to neutrophil elastase-antiprotease complex (NE-APC). Plasma NE-APC was elevated in persons with CF versus non-CF controls. The effect of repeated antibiotic therapy was significant on serum MPO levels and was thus utilized in assessing therapeutic efficacy in PEx. Recent discovery of new protein (e.g. human epididymis protein) and RNA-based biomarkers, such as microRNAs may offer a higher efficacy, which in aggregate may be valuable to evaluate disease prognosis and to substantiate CF drug efficacy.

The authors concluded that the field of biomarker development is rapidly evolving whereby it is expected that various omics technologies will be utilized together with advanced bioinformatics algorithms in order to grasp the multisystem complexity of CF disease in various stages of its development. The study was published online on May 16, 2020 in the journal Clinica Chimica Acta.