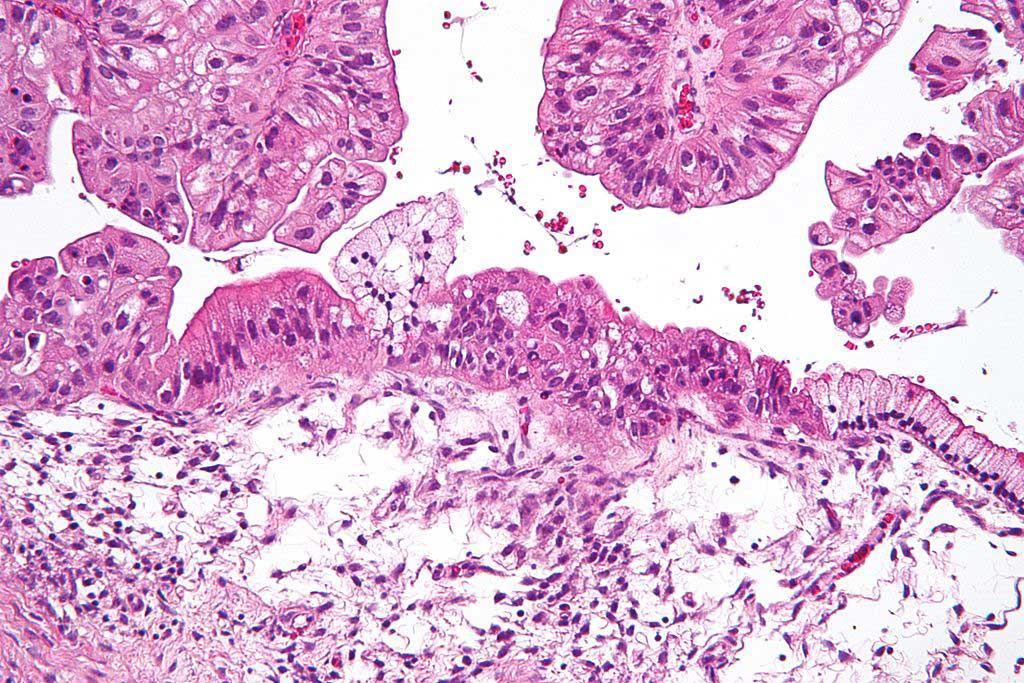 Ovarian cancer is one of the most common gynaecologic cancers and has the highest mortality rate. About 300,000 new cases are diagnosed each year world wide, with an estimated 60% of patients dying within five years after diagnosis.

Six promising immune biomarkers alone, or in combination with conventional tests, were subsequently analyzed in an independent validation cohort of 69 patients. The cytokine IL-6 was identified as the main driver of variability followed closely by conventional diagnostic tests. Median sera IL-6 was higher in HGSOC patients compared to those with a benign mass or controls with normal ovaries. The combination of IL-6 further improved the overall predictive probability of the conventional tests.

"Our new test is as accurate as the combined results of a standard blood test and ultrasound," said senior author Dr. Magdalena Plebanski, professor of immunology at RMIT University. "This is especially important for women in remote or disadvantaged communities, where under-resourced hospitals may not have access to complex and expensive equipment like ultrasound machines or MRI scanners. It also means patients with benign cysts identified through imaging could potentially be spared unnecessary surgeries. This study looked at women with advanced ovarian cancer, but we hope further research could explore the potential for adding this biomarker to routine diagnostic tests at earlier stages of the disease."

Results of the study were published in the February 10, 20120, online edition of the journal Scientific Reports.