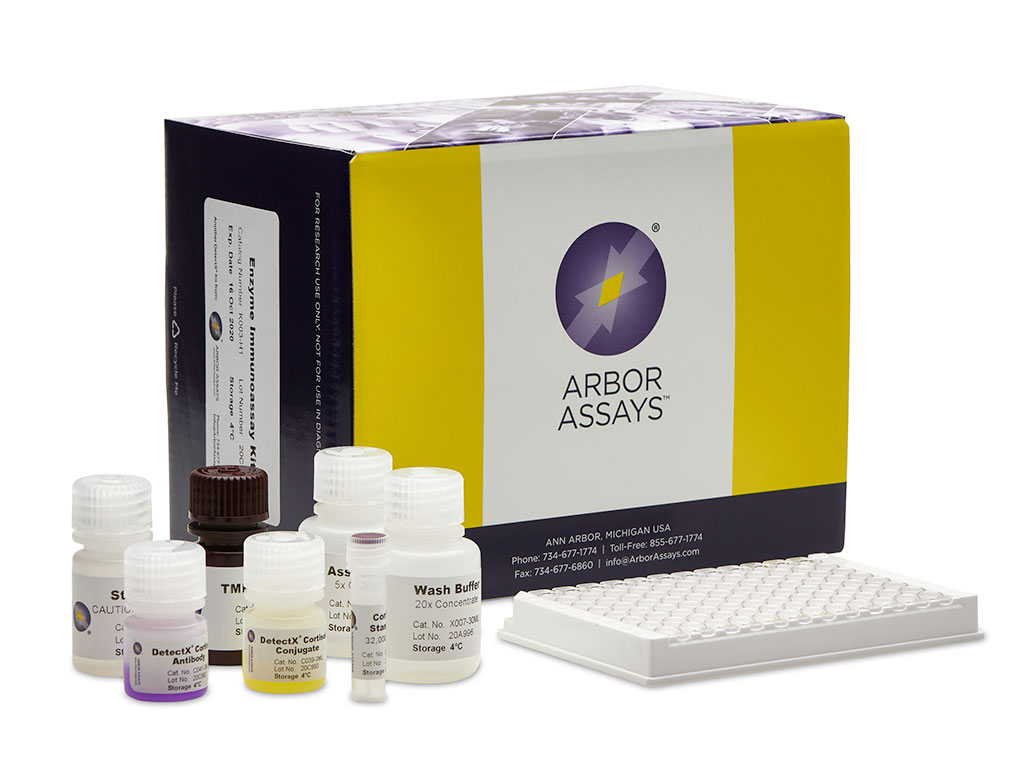 Image: The DetectX Butyrylcholinesterase (BChE) Fluorescent Activity Kit measures BChE activity in a wide variety of samples, utilizing a proprietary non-fluorescent molecule, ThioStar, which fluoresces when bound to the thiol reaction product of BChE and its substrate (Photo courtesy of Arbor Assays)

The term Sudden Unexpected Death in Infancy (SUDI) covers both explained and unexplained deaths. The unexplained deaths are termed Sudden Infant Death Syndrome (SIDS). Despite intensive studies over the past decades, the mechanisms which lead to SIDS remain elusive.

The investigators reported that conditional logistic regression showed that in groups where cases were reported as “SIDS death” there was strong evidence that lower BChE specific activity (BChEsa) was associated with death (OR=0.73 per U/mg, 95% CI 0.60-0.89), whereas in groups with a “Non-SIDS death” as the case there was no evidence of a linear association between BChEsa and death (OR=1.001 per U/mg, 95% CI 0.89-1.13).

The authors concluded that BChEsa, measured in dried blood spots taken 2-3 days after birth, was lower in babies who subsequently died of SIDS compared to surviving controls and other Non-SIDS deaths. They concluded that a previously unidentified cholinergic deficit, identifiable by abnormal-BChEsa, is present at birth in SIDS babies and represents a measurable, specific vulnerability prior to their death. The study was published on May 06, 2022 in the journal EBioMedicine.