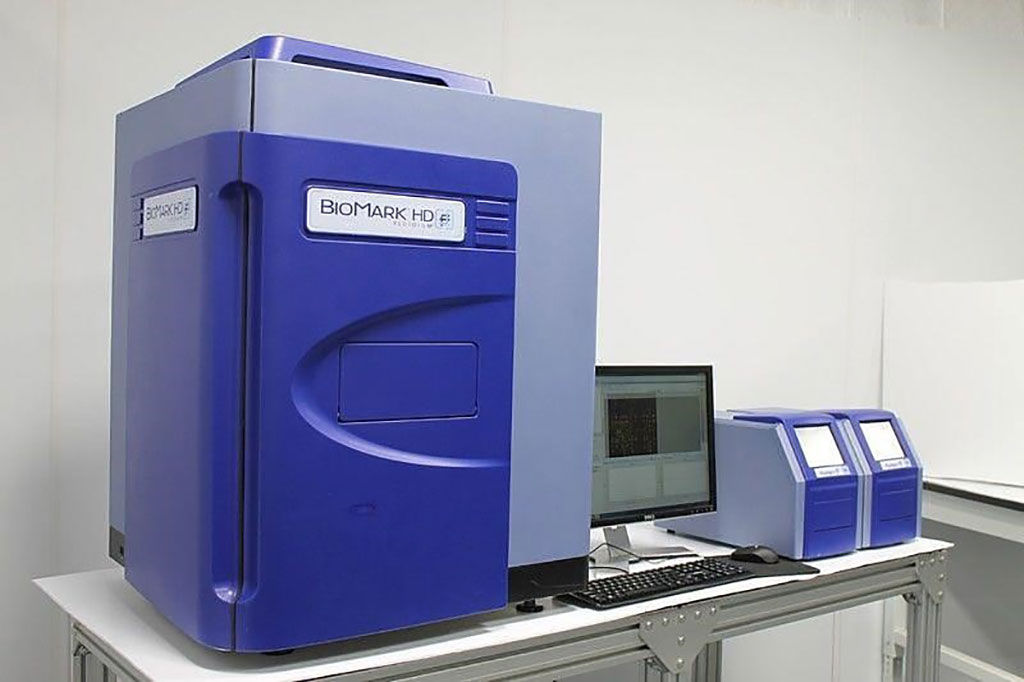 Image: The BioMark HD real-time Polymerase Chain reaction (PCR) platform (Photo courtesy of Fluidigm)
Atrial fibrillation (AF) is associated with a five-fold increased risk of thromboembolisms, mainly stroke, independently of other risk factors. Accurate assessment to balance the risk of stroke and systemic embolic events (S/SEE), against the risk of major bleeding is therefore an important therapeutic goal in the clinical management of these patients.

Age, prior hemorrhage, severe renal disease, and anemia (hemoglobin) have been independently associated with an increased risk of major bleeding in patients with AF. The use of different combinations of these mainly clinical variables has resulted in at least five validated risk scores for better prediction of bleeding events in patients with AF.

The authors concluded that in patients with AF on OAC, GDF-15, cTnT-hs, and seven novel biomarkers were independently associated with major bleedings and reflect pathophysiologic processes of inflammation, apoptosis, oxidative stress, vascular calcification, coagulation, and fibrinolysis. Investigations of the utility of these markers to refine risk stratification and guide the management of patients at high risk of bleeding are warranted. The study was published on the November 2021 issue of the Journal of Thrombosis and Haemostasis.