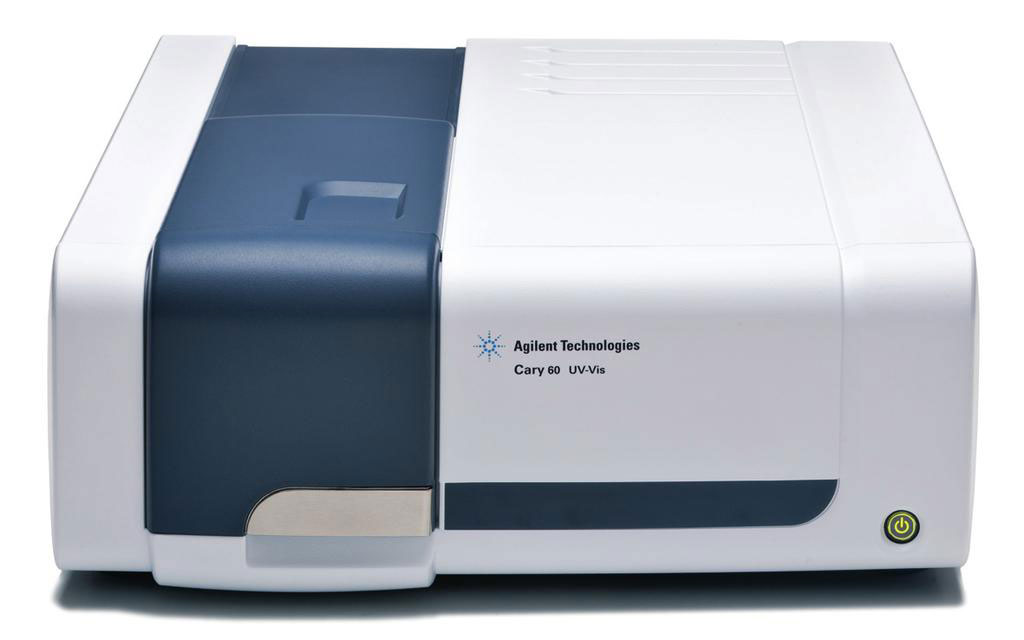 Image: The Agilent Cary 60 UV-Vis Spectrophotometer is efficient, accurate and flexible, and is designed to meet immediate and future challenges (Photo courtesy of Agilent Technologies).
A deficiency of red blood cell (RBC) pyruvate kinase (PK), inherited as an autosomal recessive trait, is the most common cause of hereditary nonspherocytic hemolytic anemia (HSHA). The hemolysis is owing to the inability of the PK-deficient RBCs to maintain adequate quantities of ATP.

Pyruvate kinase (PK) deficiency affects less than 1% of the population. As the most common cause of HSHA, testing for PK activity is commonly performed. PK activity is generally greater in reticulocytes than in mature RBCs and may explain the appearance of hemolytic anemia in patients with normal enzyme activity.

Scientists at the ARUP Institute (Salt Lake City, UT, USA) collected residual whole blood samples collected into tubes containing EDTA or heparin anticoagulant and sent to ARUP Laboratories were used after being deidentified. Because white blood cells contain 300 times the PK activity of RBCs, the two cell types were separated from each other and the plasma by using phthalate oil in a glass capillary tube that was centrifuged at 9,600g for five minutes and hemolysates were prepared.

PK activity was determined using a method proposed by the International Committee for Standardization in Hematology. PK catalyzes the reaction of phosphoenolpyruvate with ADP to form pyruvate and ATP. The pyruvate is reduced in the presence of lactate dehydrogenase and NADH to produce lactate and NAD+. For the manual method, the rate of absorbance decrease at 340 nm was determined using a Cary 60 spectrophotometer (Agilent Technologies, Santa Clara, CA, USA) and was used to derive the PK activity in conjunction with the molar absorptivity of 6,220 L/mol/cm. PK and hemoglobin (Hb) measurements were performed on a Roche cobas c501 analyzer (Roche Diagnostics, Basel, Switzerland).

The scientists reported that the accuracy of the automated PK assay was evaluated by comparing it with the manual method with 56 samples measured in two replicates over 10 days. PK activities ranged from 1.5 to 25.9 U/g Hb, and linear regression produced a slope where R2 = 0.93, indicating that the two methods produced the same results. Precision was evaluated by testing hemolysates in three replicates/day for 10 days. Within-run imprecision was 1.9% and 2.5% and total imprecision was 4.0% and 5.6% at 14.0 and 8.1 U/g Hb, respectively. The limit of blank was 0.0, and the limit of detection was 1.0 U/dL. Stability was determined in four sample types at three different temperatures; the changes were all was less than 10% when compared with t0. The current PK reference interval of 4.6 to 11.2 U/g Hb was verified.

The authors concluded that the ability to measure both components on a single automated platform and in the same hemolysate is an efficient method to replace a manual activity assay using two different analytical platforms. The study was published in the January 2020 issue of The Journal of Applied Laboratory Medicine.

Genomic blood tests for cancer screening and early detection have become the focus of attention in the molecular diagnostic space, though most activity so far has been either toward pan-cancer screening... Read more

Elevated levels of a circulating RNA biomarker were found to be characteristic for individuals with Alzheimer’s disease (AD) and could be used to predicate whether an asymptomatic person would be likely... Read more

A blood test that analyzes patterns of methylation in circulating free DNA was shown to be capable of simultaneously detecting and localizing more than 50 types of cancer. It is a given that methods... Read more

Preterm birth (PTB), defined as birth before 37 complete weeks of gestation, is a very serious obstetric problem worldwide. It affects 5% to 18% of all deliveries in the world and represents an enormous... Read more

Human papillomavirus (HPV) infection is one of the most common sexually transmitted infections. However, only a small percentage of high-risk (HR) HPV infections progress to cervical pre-cancer and cancer.... Read more