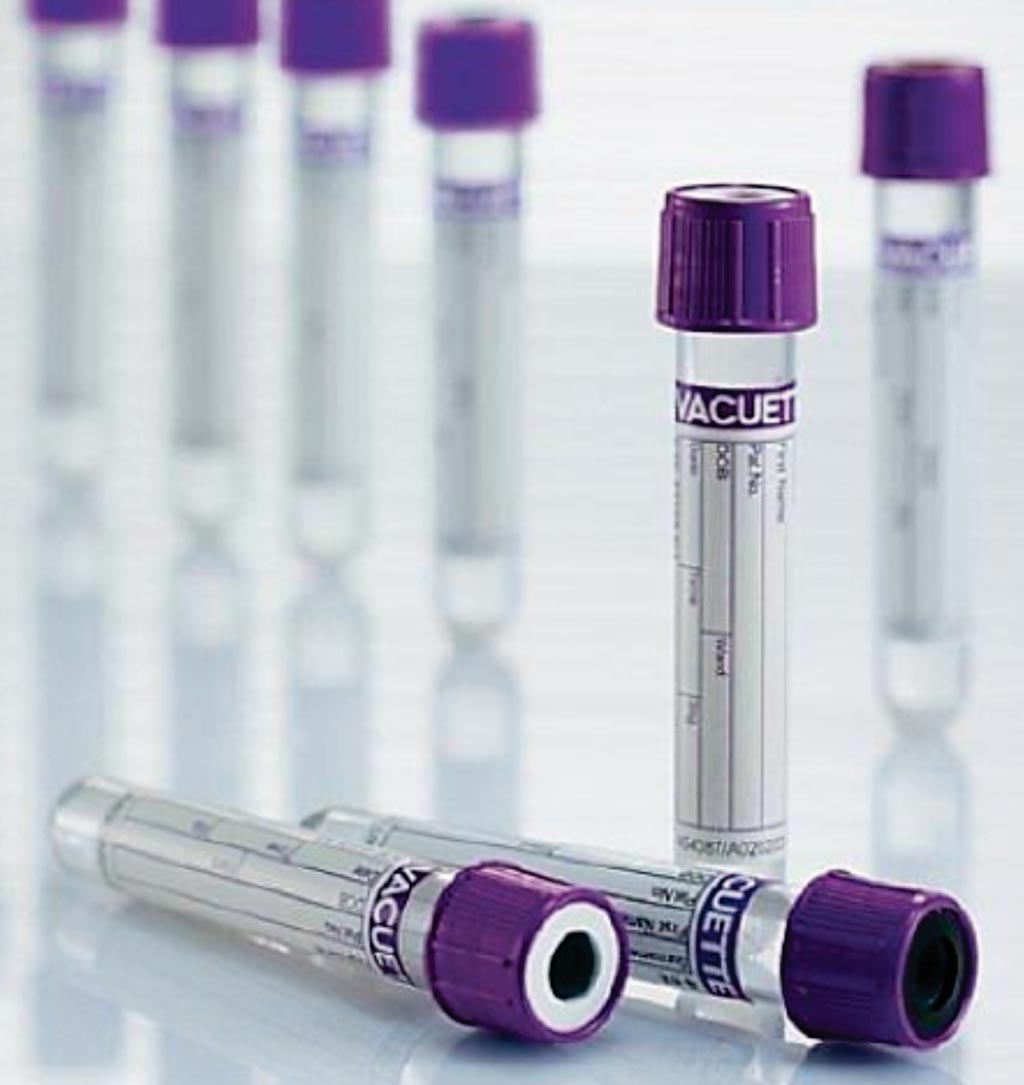 Image: The VACUETTE Venous K2EDTA blood collection tubes were found the most suitable for the pre-analytical conditions for serotonin assays (Photo courtesy of Greiner Bio-One).
Serotonin (5-hydroxytryptamine) is an important neurotransmitter and neuromodulator, which affects many neurophysiological processes, mood and cognition, regulates motility and sensibility in the bowel, and has an essential role in regulating blood pressure.

Clinical scientists at the University of Bergen (Bergen, Norway) and their colleagues collected blood samples in 3 mL VACUETTE K2EDTA tubes and 5 mL VACUETTE K2EDTA gel tubes for isolation of plasma from nine healthy adults recruited at Haukeland University Hospital (Bergen, Norway) in September 2015. Six pre-analytical protocols were compared for preparation of PPP from EDTA whole blood for quantification of serotonin.

The team reported that in one method serotonin concentrations in PPP prepared by the method of a single centrifugation at 1800 ×g at 4 ⁰C was significantly different from PPP prepared by all other methods. The scientists found that a combination of a milder first centrifugation of gel-free EDTA-tubes to separate blood cells (100 or 200×g) followed by a stronger centrifugation of the supernatant (4,500 or 14,500×g) resulted in the lowest measured serotonin concentration in PPP.