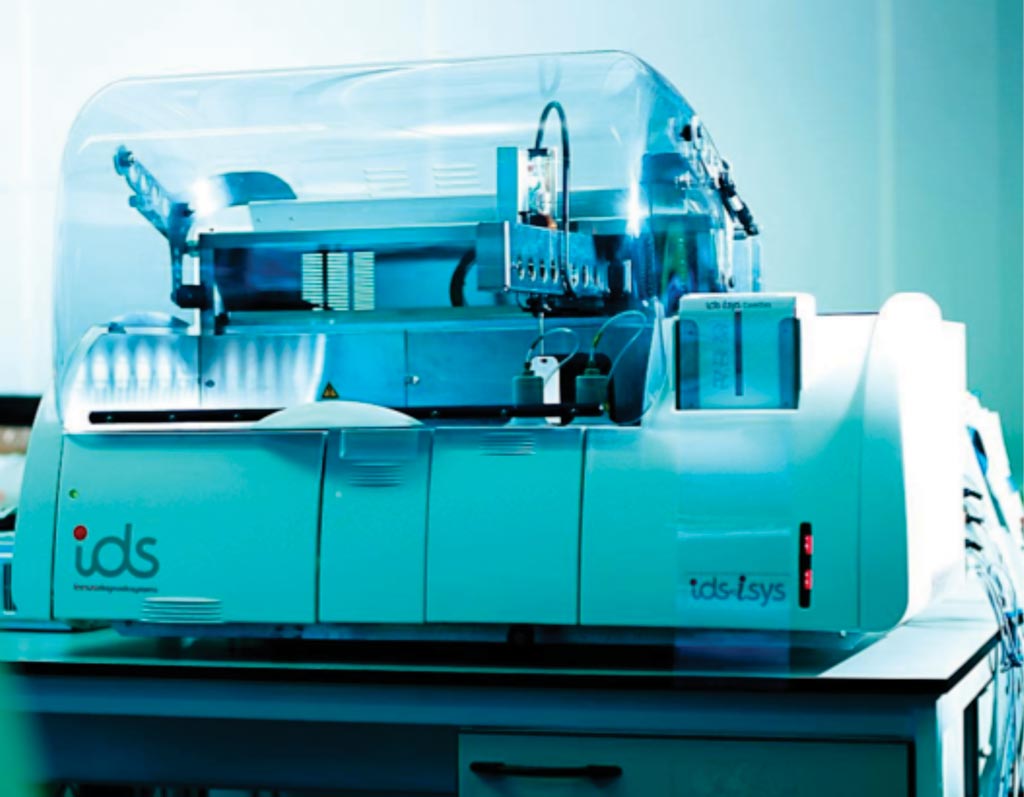 Image: The IDS-iSYS fully automated immunoanalyser (Photo courtesy of IDS Nordic).
Osteoarthritis (OA) is the most common arthritic disease, affecting more than 250 million people in the world. The disease is characterized by excessive cartilage degradation, abnormal bone growth and sclerosis and synovial inflammation in a subset of patients.

The biochemical marker (biomarker) urine C-telopeptide of cross-linked collagen type II, uCTX-II, has been shown to be associated with OA disease severity, OA pain and possibly also as a marker of therapeutically derived structural modification in OA.

Scientists at the Nordic Bioscience Clinical Development (Herlev, Denmark) recruited a total of 2,206 patients were recruited at 19 sites in 11 countries. Patients were followed for two years with regular clinic visits. Each independent trial recruited patients aged 51–80 years with painful OA in the target knee. A subgroup of 1,241 with available urine samples and evaluable radiographs for both knees was analyzed.

The team reported that pain, BMI, age, gender and Kellgren-Lawrence (KL) grade were all significantly associated with uCTX-II. The association between pain and CTX-II appeared to be driven by weight-bearing pain. The level of uCTX-II incrementally increased with higher radiographic severity of each knee. Levels of bone markers CTX-I and osteocalcin were both significantly associated with BMI and gender, but neither were associated with radiographic severity. Biomarker levels between male or female groups of identical KL scores were found to be higher in females compared to males in some but not all KL score groups.

The authors concluded that their results indicate that levels of uCTX-II are independently associated with radiographic severity of OA and pain intensity. CTX-II was associated with weight-bearing pain, but not non-weight-bearing pain, independent of co-variates. Bilateral OA knee joints appear to contribute to uCTX-II levels in an incremental manner according to radiographic severity of single joints. The data suggest that biomarker differences between genders should be taken into account when evaluating these markers in the context of structural features of OA. The study was published on September 3, 2019, in the journal Arthritis Research & Therapy.