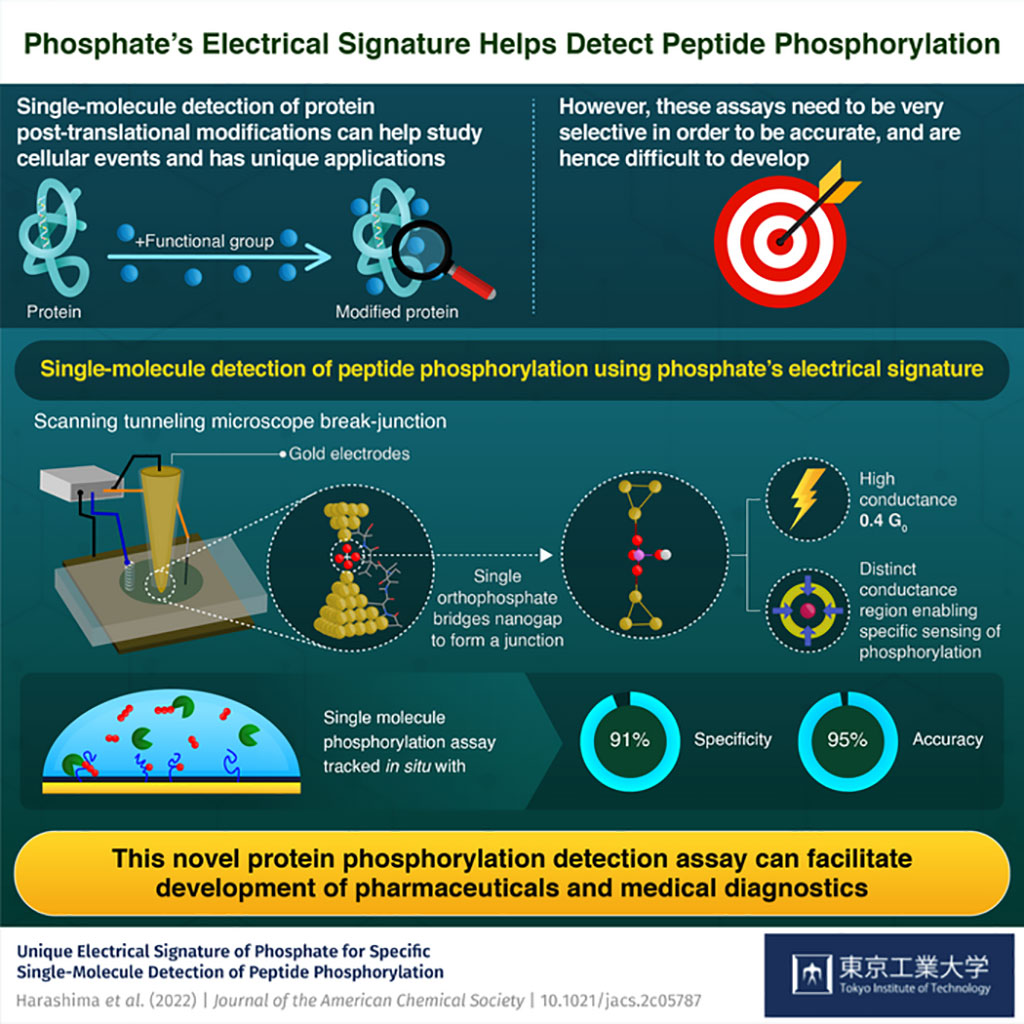 Each day, millions of biological processes occur in our body at a cellular level. Studying these processes can help us learn more about how cells function, a field that has continued to intrigue researchers. Recently, however, there has been a new player in this field. A new analytical method - single-molecule detection - has gained momentum due to its success in observing specific, biologically relevant molecules and the processes associated with them. Scientists have tried ways to use single-molecule detection assays to study proteins and their post-translational modifications (PTMs). PTMs are enzymatic changes observed after protein synthesis, wherein functional groups are added to the amino acids in the protein, enabling it to perform a specific function. The study of PTMs can help us understand cell signaling and the origin of several diseases. However, assays aiming to do so have to be highly selective and specific to that protein. Given the lack of sensitivity of current techniques, obtaining single-molecule PTM measurements is challenging. Now, a team of researchers has found an “electrifying” way to overcome these limitations, opening up new avenues for the use of single-molecule detection of PTMs in clinical diagnosis and pharmaceutical applications.

In the recent breakthrough, a team of scientists at the Tokyo Institute of Technology (Tokyo, Japan) reported the single-molecule detection of phosphorylation in peptides - short amino acid chains - and the formation of an orthophosphate junction with the help of electronic signatures. To start with, the team studied the electronic properties of phosphorylated peptides using their inorganic analog, orthophosphoric acid (H3PO4). They prepared a phosphate solution (PO43-­) and subjected it to a scanning tunneling microscope (STM)-assisted break-junction (BJ) technique. When the current was passed between two gold STM electrodes, an orthophosphate group was found to bridge the nanogap between the electrodes by forming a stable junction due to the interaction of its negatively charged oxygen atoms with the gold. It was this junction and its signature that drove further experiments.

The single-orthophosphate junction was found to possess a high conductance of 0.4 G0 and distinct electronic properties, the latter of which enabled this procedure to be highly specific and accurately sense the PTM in question (i.e., phosphorylation). To further test their technique, the team carried out in situ single-molecule phosphorylation assays, where they were able to differentiate between phosphorylated and non-phosphorylated peptides with 95% accuracy and 91% specificity. The method demonstrated in this study provides an unforeseen perspective into the world of PTMs in proteins. This novel technique will also open up new avenues for the use of single-molecule detection of PTMs in clinical diagnosis and pharmaceutical applications.

“There is a strong connection between protein phosphorylation and the pathogenesis of a wide range of diseases” said Associate Professor Tomoaki Nishino from the Tokyo Institute of Technology. “Our method will allow scientists to detangle how phosphorylation regulates the cellular events that lead to the origin of a disease and thereby aid in the development of treatments.”