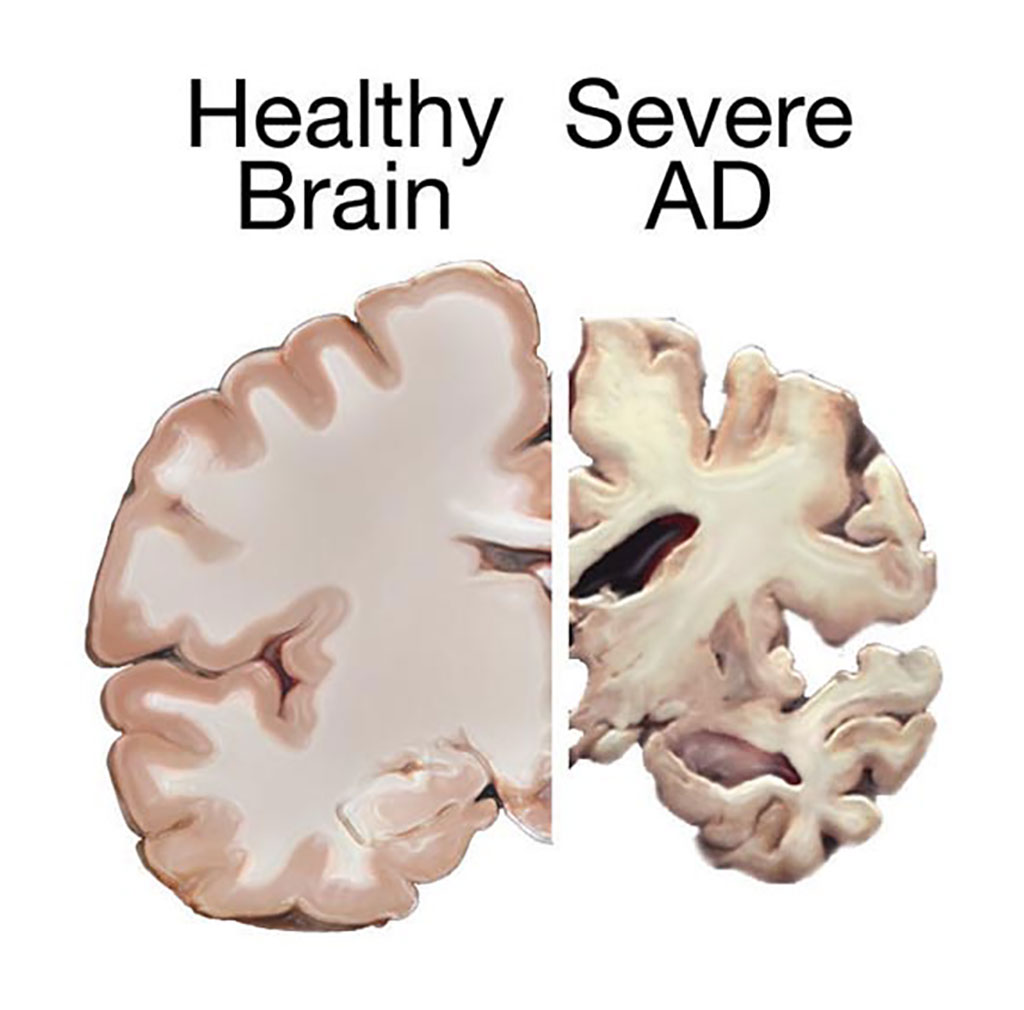 Image: Comparison of brain tissue from a healthy individual and an Alzheimer\'s disease (AD) patient, demonstrating extent of neuronal death (Photo courtesy of [U.S.] National Institutes of Health via Wikimedia Commons)
A recent paper indicated that levels of neurofilament light chain (NfL) protein in the blood can be used to identify individuals who might have a neurodegenerative disease such as Alzheimer's disease (AD), Down's syndrome dementia, amyotrophic lateral sclerosis (ALS), atypical parkinsonian disorders, or frontotemporal dementia when clinical symptoms are not definitive.

Neurofilament light chain, is a neurofilament protein that in humans is encoded by the NEFL gene. It is a biomarker that can be measured in samples of cerebrospinal fluid or plasma with immunoassays and reflects axonal damage in a wide variety of neurological disorders. It is a useful marker for disease monitoring in amyotrophic lateral sclerosis, multiple sclerosis, Alzheimer's disease, and more recently Huntington's disease.

In an effort to discover such biomarkers, investigators at King's College London (United Kingdom) and their collaborators evaluated plasma NfLas a potential marker of neurodegeneration in 13 neurodegenerative disorders.

Results revealed that concentrations of NfL in the blood were higher across all neurodegenerative disorders compared to those with no cognitive deficiency: the highest being in those with Down's syndrome dementia, motor neuron disease, and frontotemporal dementia. Furthermore, while plasma NfL analysis could not differentiate among all the disorders, it could provide insight into different groups within certain disorders. For example, in those with Parkinson's a high concentration of NfL indicated atypical Parkinson's disorder and in patients with Down syndrome, NfL levels differentiated between those with and without dementia. In addition, NfL was able to distinguish individuals with depression from individuals with neurodegenerative disorders, which commonly present with primary psychiatric disorder in the onset of disease development such as frontotemporal dementia.

Contributing author Dr. Andre Strydom, professor of intellectual disabilities at King's College London, said, “This study shows that neurofilament light chain levels were particularly increased in adults with Down syndrome who have a genetic predisposition for Alzheimer's disease. Furthermore, we showed that those individuals with a dementia diagnosis following onset of Alzheimer's disease had higher levels than those who did not. This suggests that the new marker could potentially be used to improve the diagnosis of Alzheimer's in people with Down syndrome, as well as to be used as biomarker to show whether treatments are effective or not. It is exciting that all that could be needed is a simple blood test, which is better tolerated in Down syndrome individuals than brain scans.”

The neurofilament light chain study was published in the June 7, 2021, online edition of the journal Nature Communications. 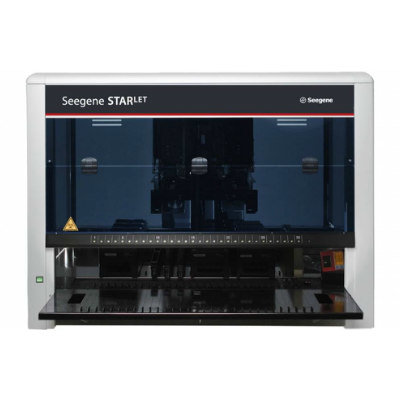