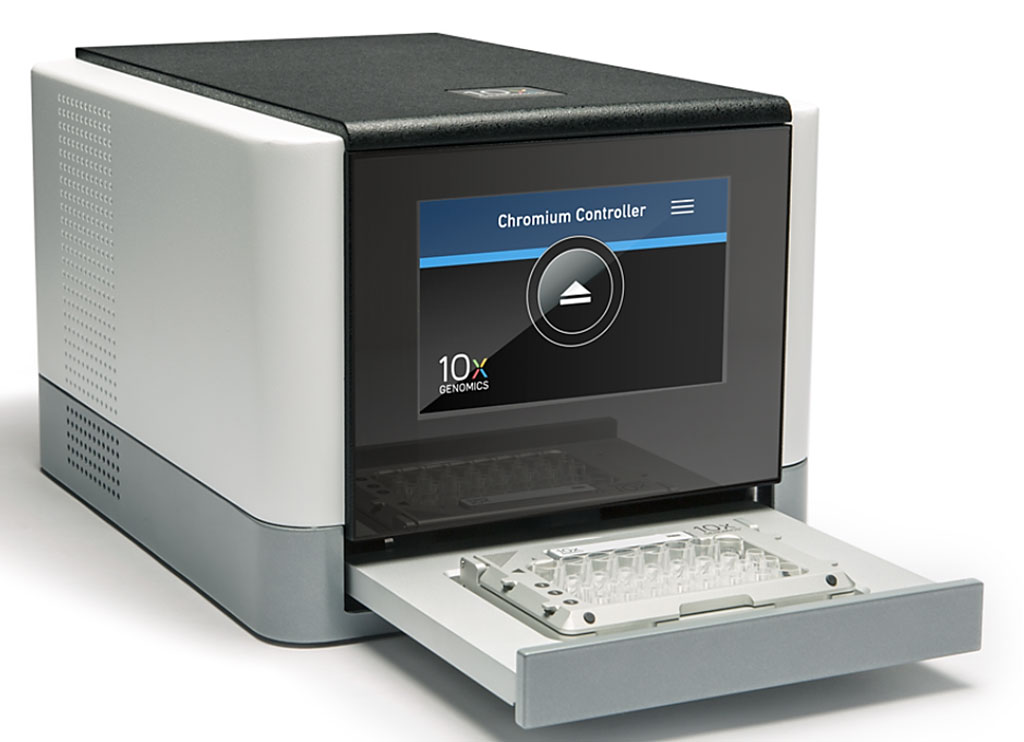 Image: The Chromium Controller rapidly and efficiently combines large partition numbers with a massively diverse barcode library to generate >100,000 barcode-containing partitions in a matter of minutes. (Photo courtesy of 10x Genomics)
In a human menstrual cycle the endometrium undergoes remodeling, shedding and regeneration, all of which are driven by substantial gene expression changes in the underlying cellular hierarchy.

Despite its importance in human fertility and regenerative biology, our understanding of this unique type of tissue homeostasis remains rudimentary A new single-cell transcriptomic study has shown that the window during which human embryos can implant into the endometrium opens with an abrupt change in gene expression of endometrial cells.

The scientists reported that an analysis of the genes and markers expressed by the endometrial cells pointed to the presence of six cell types, four of which, stromal fibroblasts, endothelium, macrophages, and lymphocytes, could readily be identified. The two other cell types both expressed epithelium-linked markers as well as other genes, leading the investigators to characterize one cell type as 'ciliated epithelium' and the other as 'unciliated epithelium.'

The team also examined the transcriptomes of endometrial cells over time to uncover four major phases of endometrial transformation. For instance, the global transcriptome of unciliated epithelial cells was fairly consistent from phase one through phase three, but it changed abruptly with the start of phase four. At that time, those cells began to express genes like PAEP, GPX3, and CXCL14, whose expression has previously been linked to the window of implantation (WOI).

At the same time, stromal fibroblasts upregulated genes like DKK1 and CRYAB during phase four, as well as the decidualization-initiating transcription factor FOXO1 and the decidualization stromal marker IL5. The change in gene expression among stromal fibroblasts upon entering the WOI was not quite as abrupt as it was among the epithelial cells. The WOI closes gradually and one group of genes, marked by PAEP and GPX3, are expressed throughout phase four and into phase one of the next cycle, while another group of genes that include CXC14, MAOA, and DPP4 decline in expression toward the end of phase four.

The authors concluded that their study provided a high-resolution molecular and cellular characterization of human endometrial transformation across the menstrual cycle, providing insights into this essential physiological process. The study was published on September 14, 2020 in the journal Nature Medicine.