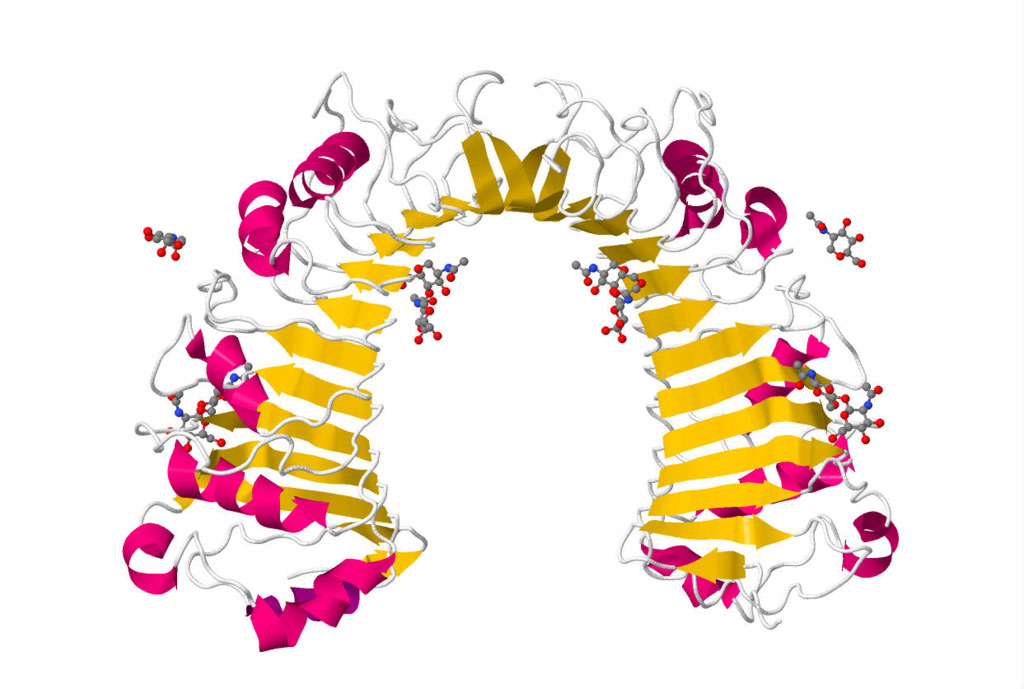 Image: Crystal structure of CD14 protein and its implications for lipopolysaccharide signaling (Photo courtesy of Wikimedia Commons)
A new biomarker related to brain atrophy, cognitive decline, and dementia was described in a recently published paper.

The protein encoded by the CD14 gene is a surface antigen that is preferentially expressed on monocytes and macrophages. It cooperates with other proteins to mediate the innate immune response to bacterial lipopolysaccharide. CD14 exists in two forms, one anchored to the membrane by a glycosylphosphatidylinositol tail (mCD14), the other a soluble form (sCD14). Soluble CD14 either appears after shedding of mCD14 or is directly secreted from intracellular vesicles.

Investigators measured levels of plasma sCD14 in samples of participants’ blood at the time they enrolled in the study. In the Framingham group, brain MRI and cognitive testing were performed within one year after measurement of sCD14. A second round of tests was performed after seven years. Surveillance for dementia was conducted over an average of nine years. In the Cardiovascular Health Study group, the first brain MRI was obtained three to four years after enrollment and a second round five years later.

Mean age of the members of the Framingham group was 69 ± 6 years, 47% male (131 incident events), and the mean age of the Cardiovascular Health Study group was 72 ± 5 years, 41% male (724 incident events). Meta-analysis across the two cohorts showed that each SD unit increase in sCD14 was associated with a 12% increase in the risk of incident dementia following adjustments for age, sex, APOE epsilon4 status, and vascular risk factors.

"We have strong reason to believe that sCD14 can be a useful biomarker to assess a person's risk of cognitive decline and dementia," said contributing author Dr. Sudha Seshadri, professor of neurology at the University of Texas Health Science Center at San Antonio. "The most exciting part is that we could assess this risk in advance, when there is ample time to intervene and change the course of a person's life."

The study was published in the December 9, 2019, online edition of the journal Neurology.