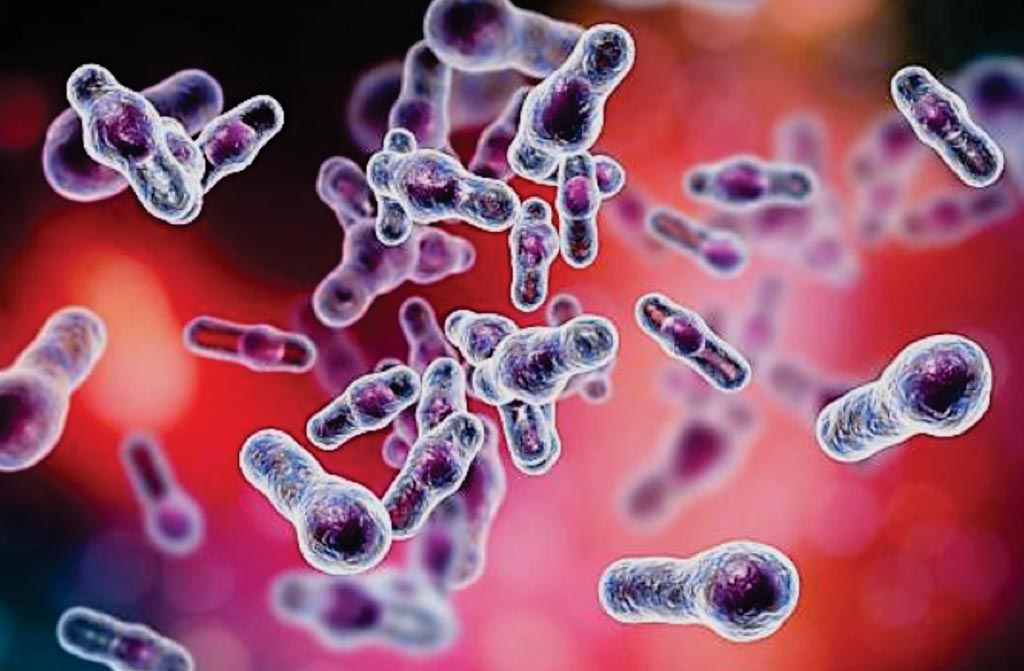 Image: Drumstick-shaped Clostridioides difficile bacilli as they appear in scanning electron microscopy (Photo courtesy of Kateryna Kon, PhD).
Clostridioides difficile infection (CDI), the most common etiology of nosocomial infectious diarrhea, is caused by an intestinal dysbiosis that is virtually always attributable to antibiotics. This causes one of the most common hospital-acquired infections in the USA.

There is a growing body of data showing that distinct bacterial and fungal community structures distinguish the dysbiotic state of CDI from antibiotic-associated diarrhea due to other causes. The data suggests that transkingdom interactions between fungal and bacterial species play an important role in nosocomial infections.

The scientists reported that distinct bacterial and fungal compositions distinguished CDI-positive and -negative patients, with the greatest differentiation between the cohorts observed based on bacterial metatranscriptomics. Bipartite network analyses demonstrated that Aspergillus and Penicillium taxa shared a strong positive relationship in CDI patients and together formed negative co-occurring relationships with several bacterial taxa, including the Oscillospira, Comamonadaceae, Microbacteriaceae, and Cytophagaceae. The investigators identified new pathways associated with C. difficile infections. Those pathways pointed to still other bacterial species, including Escherichia coli that may contribute to the dysbiosis, or imbalance among bacterial species in the gut, associated with C. difficile.

David B. Stewart, MD, a surgeon and first author of the study, said, “The development of C. difficile infection is apparently influenced both by bacterial pathogens and fungi particular to this disease. Until now, fungi have been understudied and under-appreciated in the gut microbiome.” The study was published on August 28, 2019, in the journal mSphere.