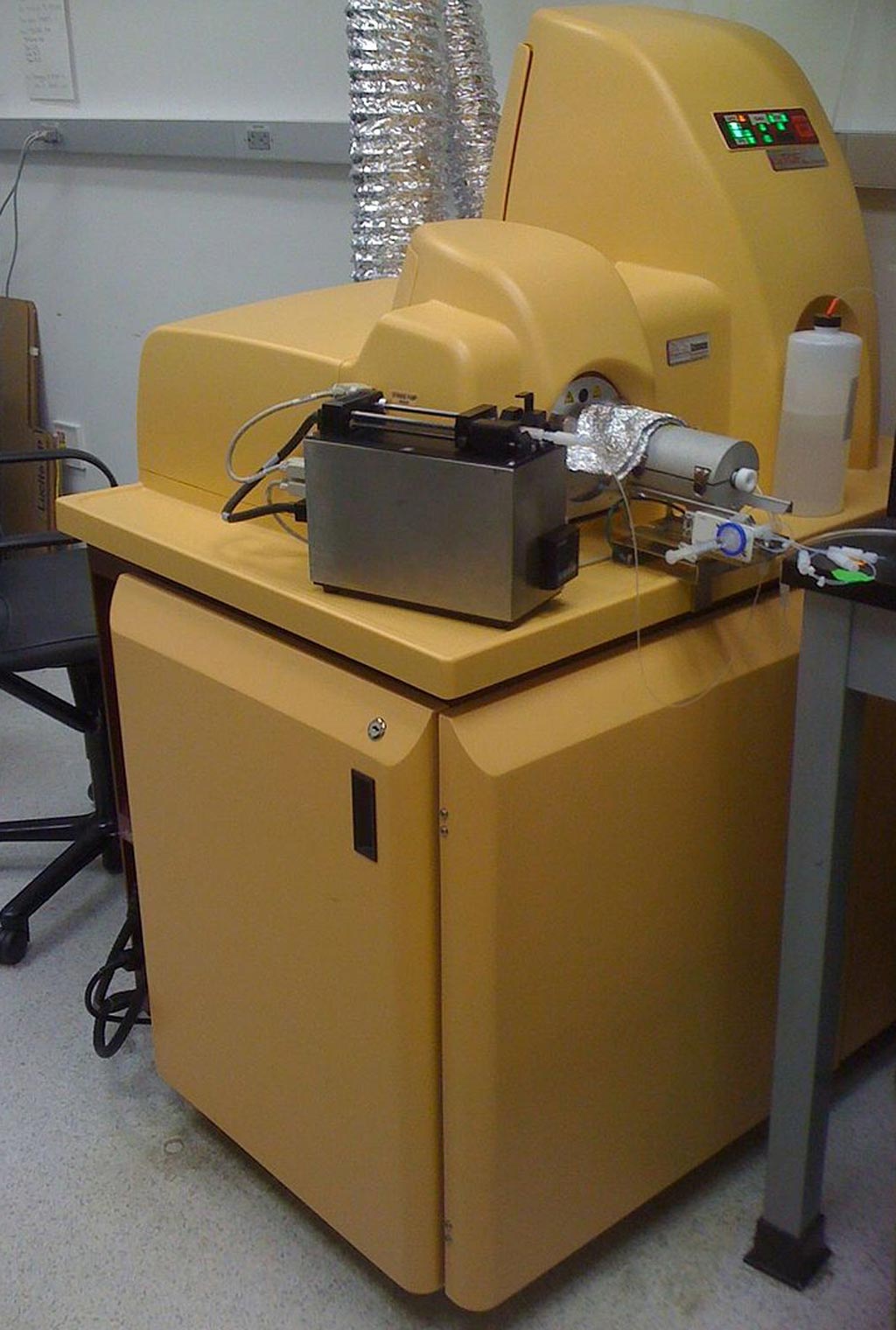 Image: A CyTOF mass cytometer (Photo courtesy of Wikimedia Commons).
A discrete population of white blood cells was found to be present in samples taken from patients with multiple sclerosis (MS) and this group of cells may serve both diagnostic and therapeutic roles.

MS is among the class of chronic inflammatory diseases that is modulated by cytokine dysregulation. To better understand the link between cytokines and MS, investigators at the University of Zurich (Switzerland) sought to determine the characteristic cellular and cytokine polarization profile in patients with relapsing–remitting multiple sclerosis (RRMS) by using advanced high-dimensional single-cell mass cytometry (CyTOF).

CyTOF is a mass spectrometry technique based on inductively coupled plasma mass spectrometry and time of flight mass spectrometry used for the determination of the properties of cells (cytometry). In this approach, antibodies are conjugated with isotopically pure elements, and these antibodies are used to label cellular proteins. Cells are nebulized and sent in the form of a mist through an argon plasma, which ionizes the metal-conjugated antibodies. The metal signals are then analyzed by a time-of-flight mass spectrometer. The approach overcomes limitations of spectral overlap in flow cytometry by utilizing discrete isotopes as a reporter system instead of traditional fluorophores, which have broad emission spectra.

The use of CyTOF technology allowed the investigators to identify an expanded T helper cell subset in patients with MS, characterized by the expression of granulocyte–macrophage colony-stimulating factor and the C-X-C chemokine receptor type 4. This cellular signature, which included expression of very late antigen 4 in peripheral blood, was also enriched in the central nervous system of patients with relapsing–remitting multiple sclerosis. In independent validation cohorts, the investigators confirmed that this cell population was increased in patients with MS compared with other inflammatory and non-inflammatory conditions.

"We identified a specific population of white blood cells augmented in the peripheral blood of MS patients that have two properties characteristic of MS: They can move from the blood to the central nervous system and there they can cause inflammation of the nerve cells," said senior author Dr. Burkhard Becher, professor of experimental immunology at the University of Zurich. "Our data clearly indicate a stringent association of this signature to MS, and we believe that the identification of such an easily accessible biomarker brings important value for MS monitoring."

The report was published in the July 22, 2019, online edition of the journal Nature Medicine.