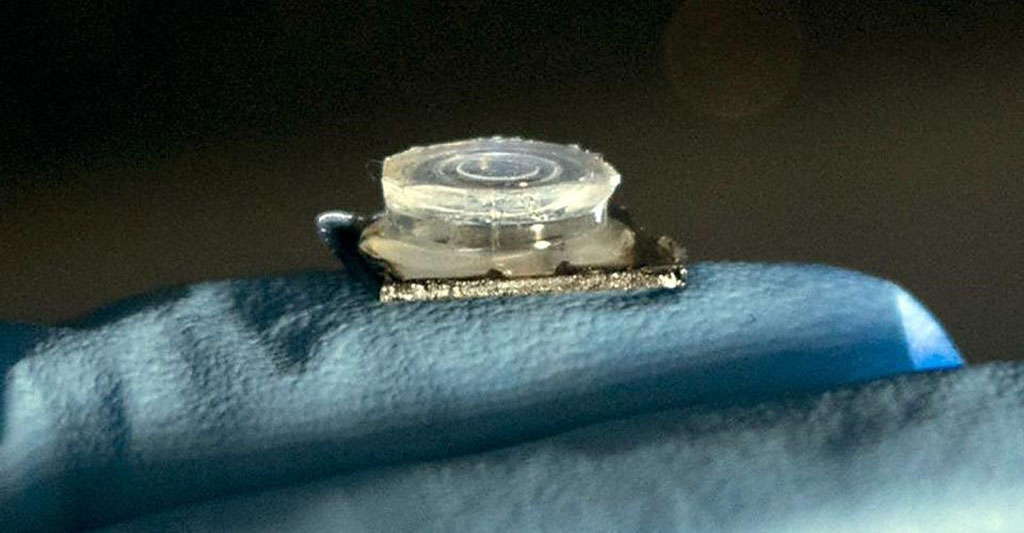 Image: TriSilix is a tiny new silicon-based lab-on-chip test that could pave the way for cheap handheld infectious disease testing (Photo courtesy of Imperial College London).
Rapid screening and low-cost diagnosis play a crucial role in choosing the correct course of intervention when dealing with highly infectious pathogens. This is especially important if the disease-causing agent has no effective treatment.

Despite low-cost onsite testing for infectious diseases being the holy grail of nucleic acid (NA) diagnostics, there are still no inexpensive and handheld solutions in the market that can provide truly portable, rapid NA amplification and detection.

Bioengineers at the Imperial College London (London, UK) developed a disposable, ultra-low-cost integrated silicon-based point-of-need (PoN) tri-modal NA transducer, known as TriSilix, that can chemically amplify and electrochemically detect pathogen-specific sequences of NA quantitatively in real-time. The developed chip, is a 'micro laboratory' which performs a miniature version of the polymerase chain reaction (PCR) on the spot. PCR is the gold-standard test for detecting viruses and bacteria in biological samples such as bodily fluids, feces, or environmental samples.

TriSilix can be produced at wafer-scale in a standard laboratory and exploits the intrinsic properties of the semiconductor Si which can be used as a resistive heating device and thermistor simultaneously. The sample solution can be maintained at a single, specific temperature (needed for isothermal amplification of NA such as recombinase-polymerase amplification (RPA) or cycled between different temperatures (with a precision of ± 1.3 °C) for PCR while the exact concentration of amplicons is measured quantitatively and in real-time electrochemically. Each lab-on-a-chip contains a DNA sensor, temperature detector and heater to automate the testing process. A typical smartphone battery could power up to 35 tests on a single charge.

The team performed qPCR analysis of genomic DNA extracted from clinical samples of Mycobacterium avium subspecies paratuberculosis (MAP) K10 strain. The lowest experimentally detectable concentration was 20 fg at the 35th cycle which is equivalent to detection of a single MAP bacterium in the sample. The team also performed qPCR analysis of the complimentary DNA (cDNA) of SARS-CoV-2, the causative agent of COVID-19. Using TriSilix, they were able detect 1 pg of cDNA of SARS-CoV-2 quantitatively, in real-time with specificity against a cDNA sequence from a similar virus (SARS-CoV), in as low as 20 cycles of PCR (lasting ~40 min). After 35 cycles, the difference in the electroanalytical signal was five times, showing clear separation.

Estefania Nunez-Bajo, PhD, a Chemical Engineer and first author of the study, said: “Monitoring infections at home could even help patients, with the help of their doctor, to personalize and tailor their antibiotic use to help reduce the growing problem of antibiotic resistance.” The study was published on December 2, 2020 in the journal Nature Communications.