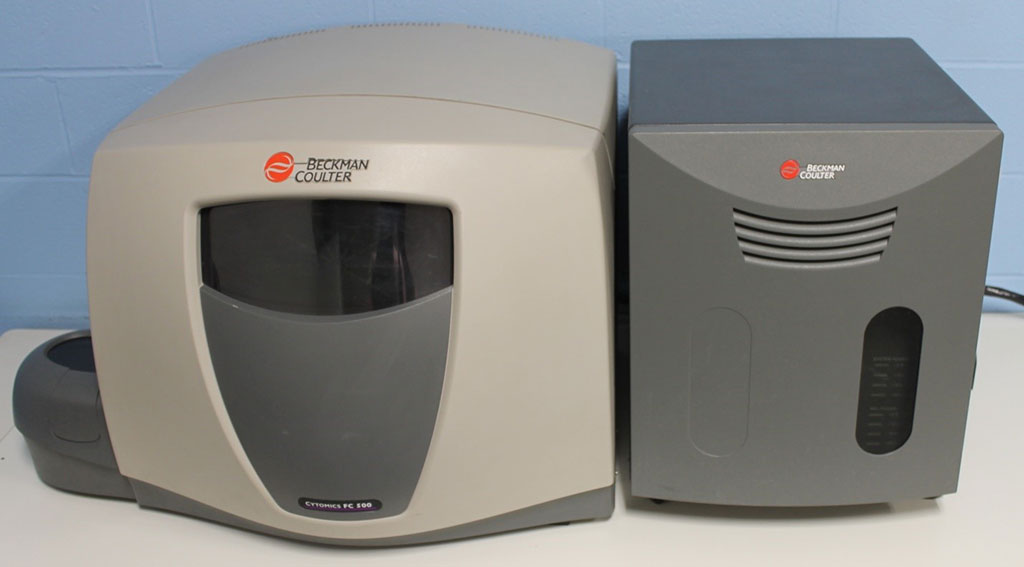 Image: The Cytomics FC500 Flow Cytometer System (Photo courtesy of Beckman Coulter Life Sciences)
Mycobacterium tuberculosis (MTB) and its related disease tuberculosis (TB) are infectious diseases with a worldwide focus. Although both vaccines and anti-TB drugs are available, there is a global focus on illness diagnosis in smear-negative and latent tuberculosis infectious populations (SN-TB and LTBI).

To a great extent, the cell-mediated immune response is involved in and regulates MTB, and CD4 T cells are thought to play a significant role in controlling MTB infection. CD27, a member of the TNF-receptor superfamily, is inextricably expressed on the mature pathogen-specific CD4+ T cell surface.

Pathogen Biologists at Nantong University (Nantong, China) and their colleagues include in a study 56 SN-TB patients, all had negative detection of sputum at least three times and sputum negative-culture results; an human control (HC) group that included 34 participants with no exposure to MTB and no clinical characteristics of TB, and the Tuberculosis Skin Test (PPD) test was negative; and 46 doctors and nurses working closely with TB patients for at least 1 year (TB-C group.)

The authors concluded that they had demonstrated the increased expression of “CD27−IFN-γ+CD4+” cells in smear-negative TB patients and evaluated its changes after normal anti-TB therapy. These data suggested that “CD27−IFN-γ+CD4+” T cells could be used to assist the diagnosis of TB and more accurately evaluate the treatment outcome of smear-negative TB. The study was published on June 27, 2021 in the journal BMC Immunology.