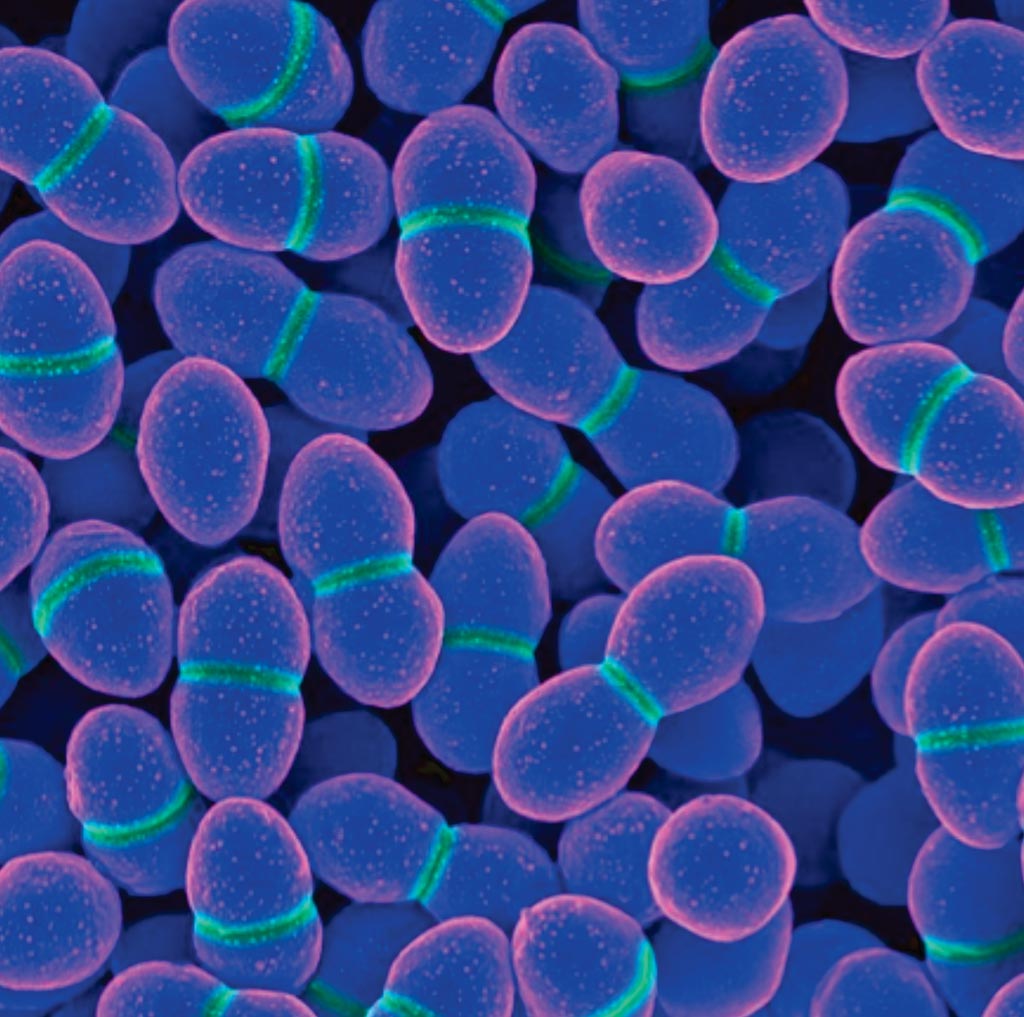 Image: A colored scanning electron micrograph (SEM) of Enterococcus faecalis. These bacteria generate 12,13-diHOME and the concentration of the lipid itself in the babies’ stool samples predicted which infants went on to develop allergies (Photo courtesy of Pete Wardell/CDC).
Gut microbiota (formerly called gut flora) is the name given today to the microbe population living in our intestine. A recent study of newborn infants has identified a compound produced by gut bacteria that appears to predispose certain infants to allergies and asthma later in life.

The study also showed that a specific lipid, called 12,13-diHOME, found at high concentrations in the feces of these babies, reduced the number and activity of regulatory T cells that normally suppress allergic inflammation. Neonates at risk of childhood atopy and asthma exhibit perturbation of the gut microbiome, metabolic dysfunction and increased concentrations of this specific lipid in their feces.

Gastroenterologists at the University of California at San Francisco (San Francisco, CA, USA) and their colleagues studied the microbial genes present in stool samples infants that were collected as part of the racially and ethnically diverse WHEALS (Wayne County Health, Environment, Allergy, and Asthma Longitudinal Study) cohort in Detroit.

Treatment of human dendritic cells with 12,13-diHOME altered expression of peroxisome proliferator-activated receptor γ (PPARγ)-regulated genes and reduced anti-inflammatory cytokine secretion and the number of Treg cells in vitro. Shotgun metagenomic sequencing of neonatal feces indicated that bacterial epoxide hydrolase (EH) genes are more abundant in the gut microbiome of neonates who develop atopy and/or asthma during childhood. They identified three genes, in Enterococcus faecalis, and in Bifidobacterium bifidum that could carry out the catalytic reaction generating 12,13-diHOME.

The scientists found that the number of copies of three bacterial genes for 12,13-diHOME or the concentration of the lipid itself in the babies’ stool samples predicted which infants went on to develop allergies by age two years or asthma by age four years. Then, they replicated this finding in the stool samples of an independent cohort of 50 infants aged one month based in San Francisco. The team emphasized that 12,13-diHOME is likely just one of many microbial-derived products that contribute to early-life immune dysfunction and susceptibility to childhood allergy and asthma.

Susan V. Lynch, PhD, an Associate Professor of Medicine and senior author of the study said, “We have discovered a specific bacterial lipid in the neonatal gut that promotes immune dysfunction associated with allergic asthma and can be used to assess which babies are at risk of developing the disease in childhood. This finding paves the way for early-life gut microbiome interventions to prevent these diseases from developing.” The study was published on July 22, 2019, in the journal Nature Microbiology.

University of California at San Francisco