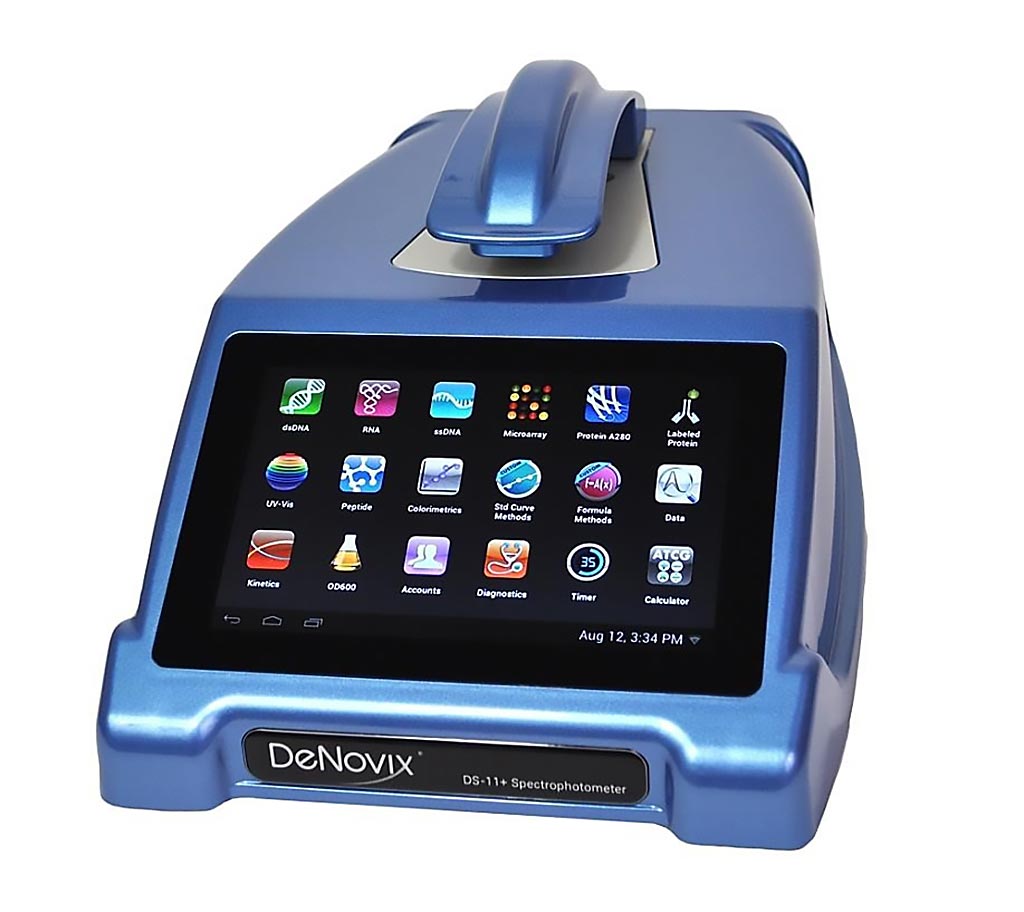 Image: The DS-11 Series of Spectrophotometers are used to perform fast quantification of nucleic acids and proteins (Photo courtesy of DeNovix).
In the USA, African-Americans have the highest cancer incidence and lowest survival across multiple cancer types. The reasons for these persistent trends are not clear.

Higher homologous recombination deficiency in lung squamous cell carcinoma and other cancers hints that these tumors could potentially respond to poly ADP ribose polymerase (PARP) inhibitors and that African-American patients in particular might be more likely to respond to PARP inhibitor treatments. While PARP inhibitors are not commonly used to treat lung cancer, the scientists noted, they have been shown in some studies to be effective in combination with chemotherapy. The study was published on January 13, 2020 in the journal Nature Cancer.