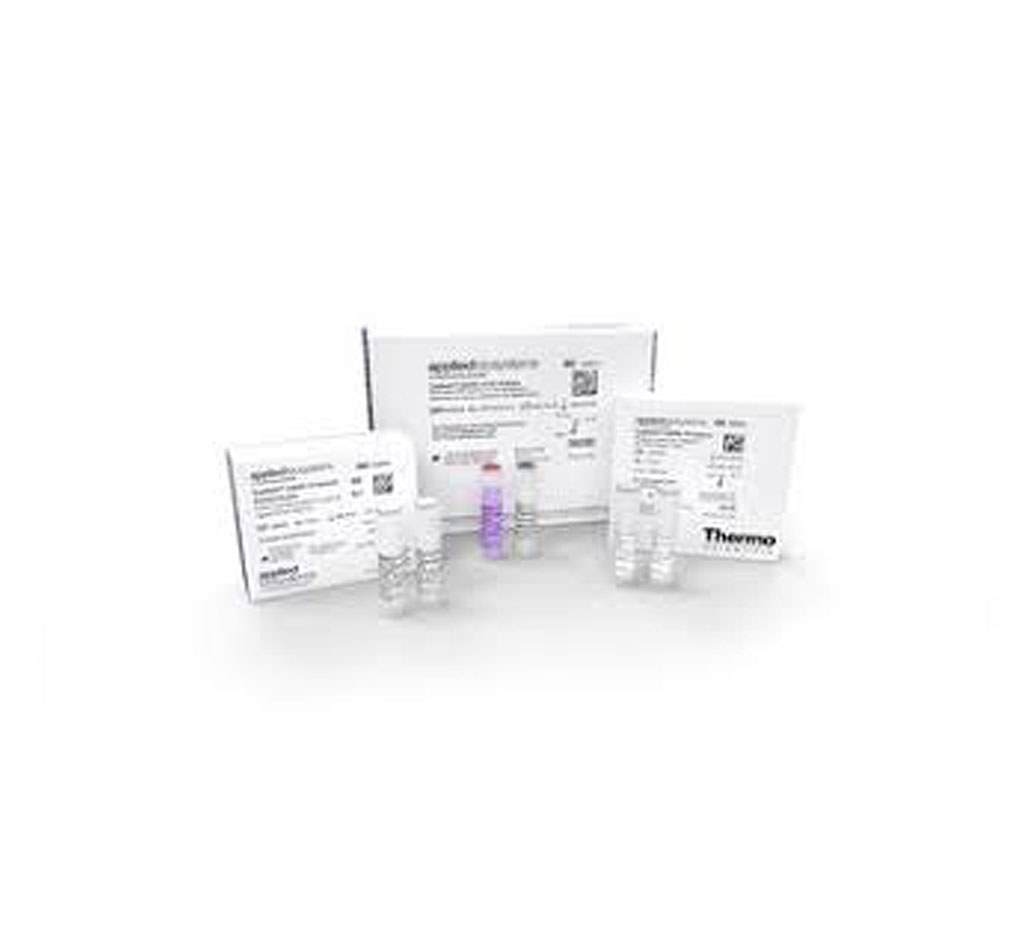 Thermo Fisher's Applied Biosystems TaqPath COVID-19 Combo Kit is a fast, highly sensitive multiplex diagnostic solution that contains both the assays and controls needed for the real-time PCR detection of RNA from the SARS-CoV-2 virus. The test, which was initially granted EUA on March 13 and subsequently expanded on April 20, is designed to deliver test results within four hours of a sample being received and processed by a CLIA high-complexity laboratory. This third expansion further increases the number of high-throughput PCR instruments that labs can use to run tests and also provides new options for reagents and consumables used in sample preparation and extraction to provide greater flexibility in testing workflows.

In addition to the previously approved Applied Biosystems 7500 Real-time PCR series and a version of the Applied Biosystems QuantStudio 5, labs can now run tests on specific configurations of QuantStudio 7 Flex and QuantStudio 5 Real‑time PCR instruments, contributing significantly to the number of instruments available for testing. This expanded EUA also increases the availability of RNA extraction reagents by adding the company's MagMAX viral/pathogen II nucleic isolation kit as an alternative. Additionally, the sample purification step has been updated to allow a variety of microplate options.

"Increasing COVID-19 testing is a top priority in re-opening global economies," said Marc N. Casper, chairman, president and chief executive officer of Thermo Fisher Scientific. "With this expanded authorization, additional instrumentation can be brought on line in labs around the world and the number of tests they can run will increase, which will help to support the need for more testing as people start returning to work."