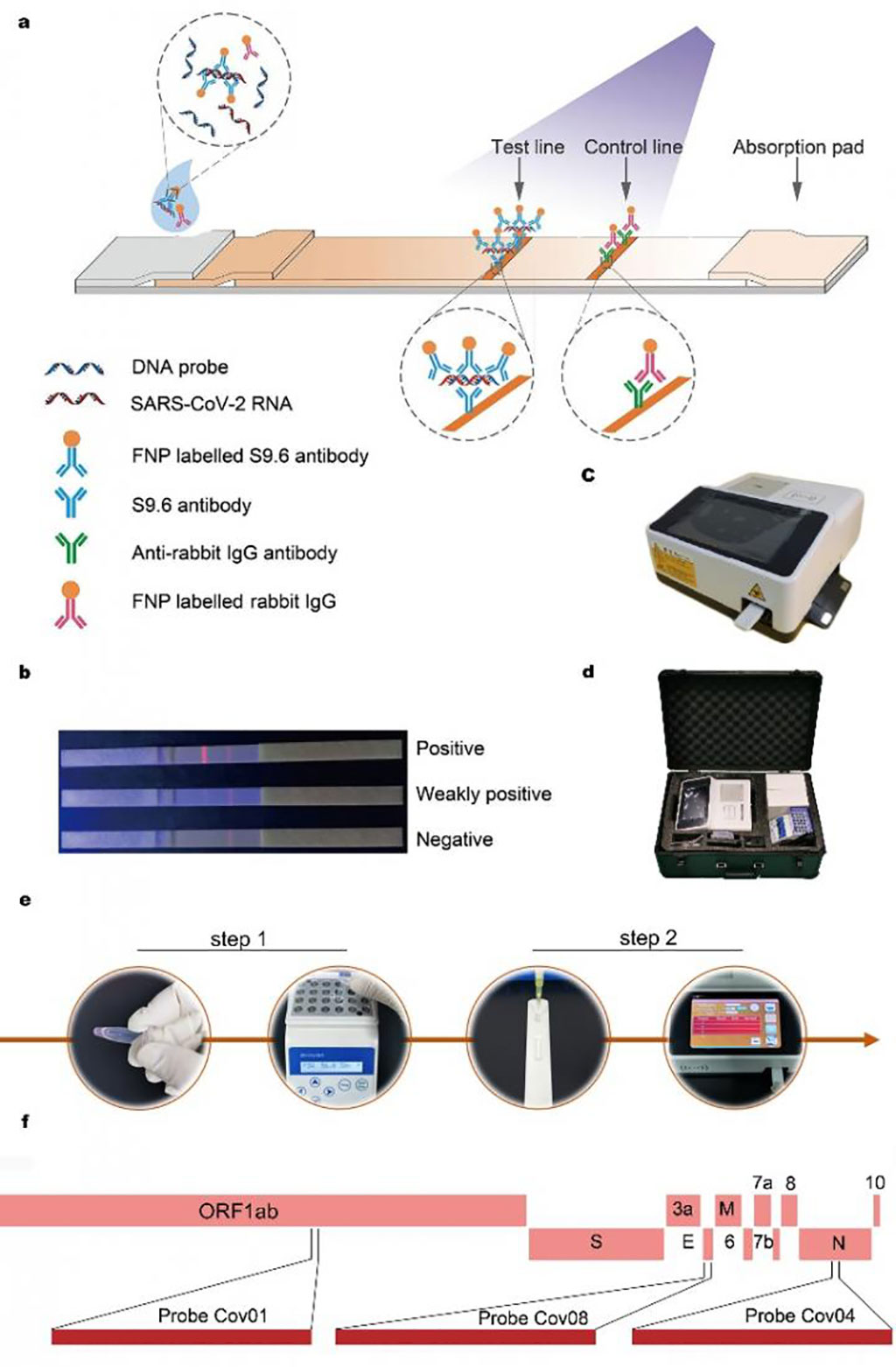 The use of the monoclonal antibody S9.6 is the distinctive feature of this process developed by scientists from the Suzhou Institute of Biomedical Engineering and Technology (Suzhou, China). The process recognizes DNA-RNA double-stranded hybrids and enables the conversion of nucleic acid testing into immunofluorescence on a simple lateral flow dipstick. The whole test procedure involves two steps, namely hybridization and immunofluorescence analysis, and it can be finished in less than an hour.

The process uses optimized DNA probes to target the conserved open reading frame 1ab, envelope protein and the nucleocapsid regions of the SARS-CoV-2 genome derived from clinical throat swab samples. It can achieve a limit of detection of 500 copies/mL, comparable to commercial kits based on real-time quantitative polymerase chain reaction (qPCR). In addition, no significant cross-reaction has been found between the SARS-CoV-2 probes and 55 common pathogens. The performance of the HC-FIA detection reagent is free of interference by hemoglobin, mucin and various possible drugs that might exist in clinical samples. The assay and test kit can also be adapted for the detection of other viral RNA.

The HC-FIA process was supported by a multi-hospital randomized double-blind trial involving 734 samples. The current research not only represents proof-of-concept, but also has resulted in development of a commercial test kit for the diagnosis of SARS-CoV-2. The test kit was recently approved by the National Medical Products Administration and received European Conformity certification. The test kit requires little in terms of equipment and professional personnel to confirm infection. It can function as a "suitcase laboratory" and thus be used as an on-site detection method for outpatient departments, emergency departments, customs and grassroots disease control.

"We are confident that the HC-FIA test is capable of serving as a sure safeguard in containing the epidemic through reducing community spread and imported cases, especially in developing countries," said WANG Daming, lead researcher of the study.