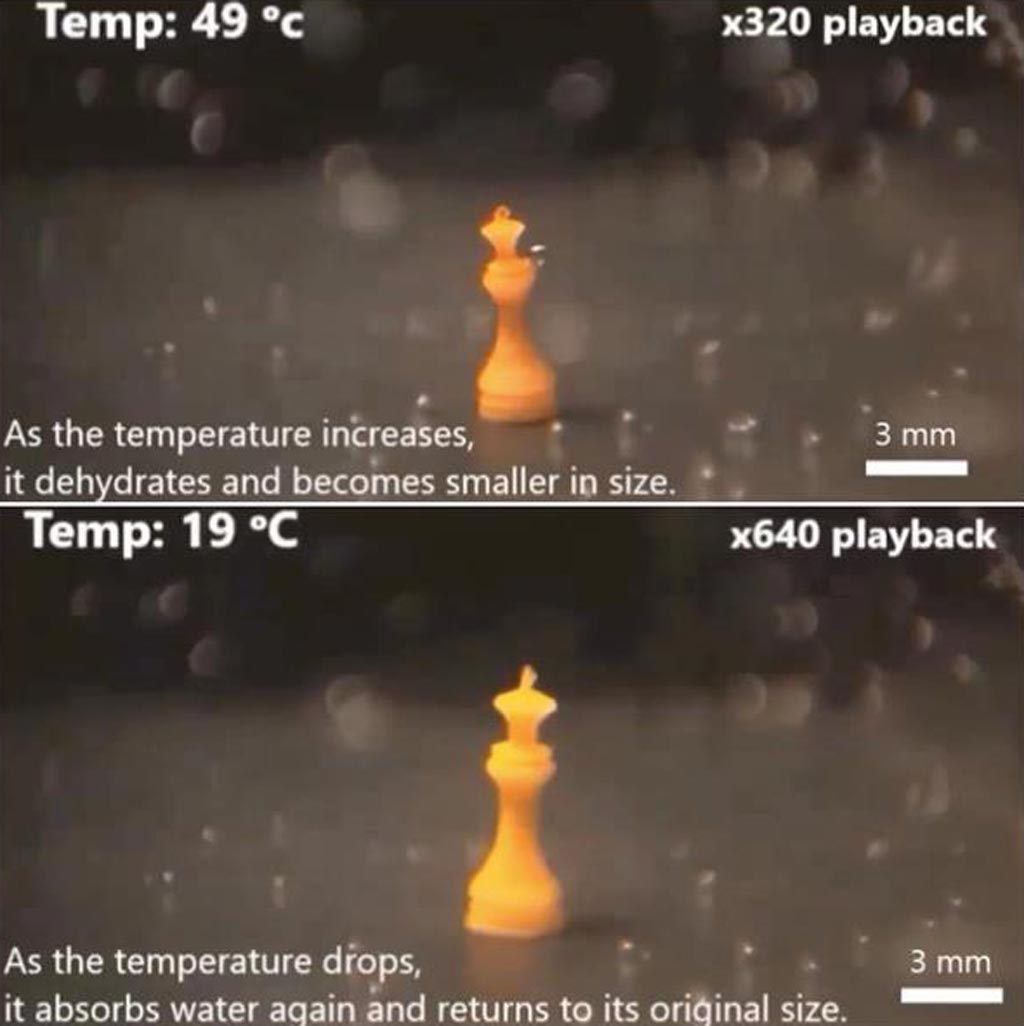 PNIPAAm was first synthesized in the 1950s from N-isopropylacrylamide, which is commercially available. It is prepared via free-radical polymerization and is readily functionalized making it useful in a variety of applications. It forms a three-dimensional hydrogel when cross-linked with N,N’-methylene-bis-acrylamide (MBAm) or N,N’-cystamine-bis-acrylamide (CBAm). When heated in water above 32 degrees Celsius, it undergoes a reversible lower critical solution temperature (LCST) phase transition from a swollen hydrated state to a shrunken dehydrated state, losing about 90% of its volume. Since PNIPAAm expels its liquid contents at a temperature near that of the human body, it has been investigated by many researchers for possible applications in tissue engineering and controlled drug delivery.

For the current study, control of the temperature dependent deformation of three-dimensional printed PNIPAAm was achieved by controlling the manufacturing process parameters as well as the polymer resin composition. A report on the process published in the January 31, 2018, online edition of the journal Scientific Reports described the sequential deformation of a three-dimensional printed PNIPAAm structure by selective incorporation of ionic monomer that shifted the swelling transition temperature of PNIPAAm.

“If you have full control of the shape, then you can program its function,” said senior author Dr. Howon Lee, assistant professor of mechanical and aerospace engineering at Rutgers University. “I think that is the power of three-dimensional printing of shape-shifting material. You can apply this principle almost everywhere. The full potential of this smart hydrogel has not been unleashed until now. We added another dimension to it, and this is the first time anybody has done it on this scale. They are flexible, shape-morphing materials. I like to call them smart materials.”