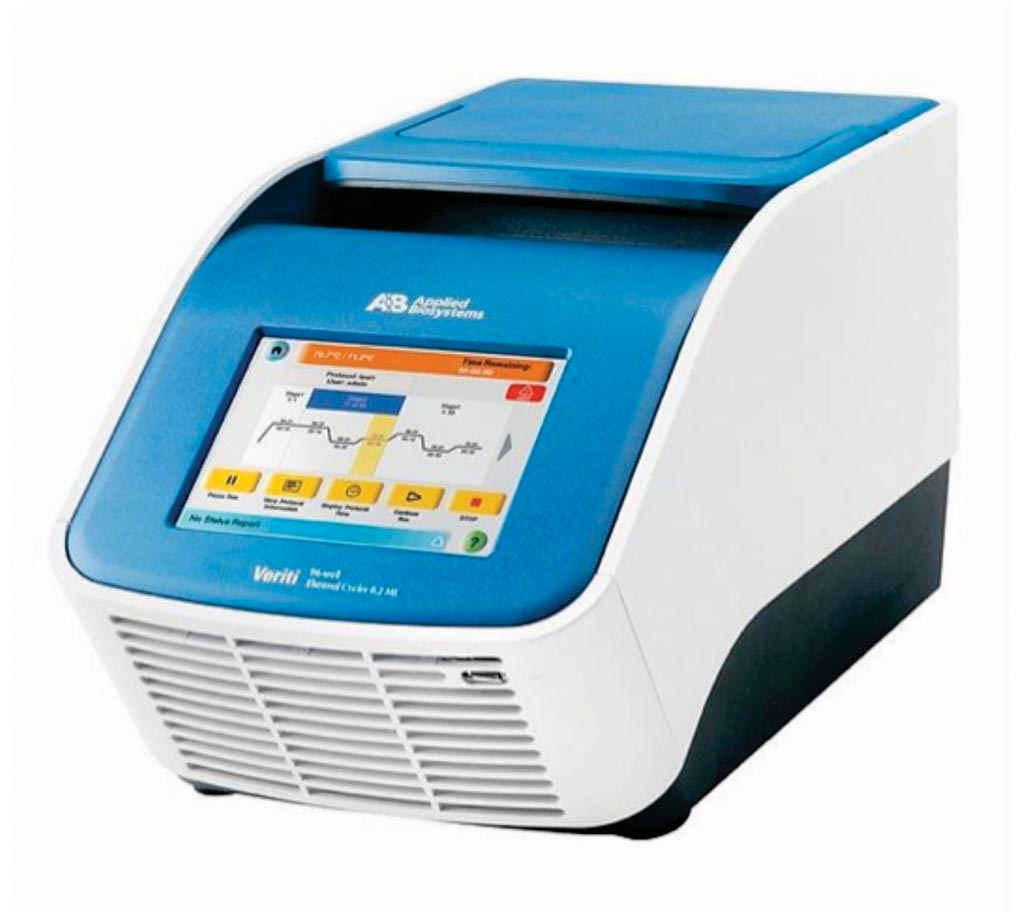 Image: The Applied Biosystems Veriti HID 96-Well Thermal Cycler (Photo courtesy of Thermo Fisher Scientific).
Scrub typhus, murine typhus, and leptospirosis are diagnosed as acute undifferentiated febrile illness. Diagnostic tests for these diseases depend on antibody detection. However, antibody detection is still limited by its tendency to return negative results during the early phase of these diseases.

The team developed a multiplex polymerase chain reaction PCR to combine three primer pairs that target specific genes encoding 56-kDa TSA of Orientia tsutsugamushi, 17-kDa antigen of Rickettsia typhi, and LipL32 of Leptospira interrogans and evaluate its performance in comparison to the standard serological tests. Multiplex PCR amplification was performed on a Thermal Cycler. Specificity of the multiplex PCR was tested with unrelated pathogens.

The authors concluded that they had developed a novel multiplex PCR assay for identifying causative agents of scrub typhus, murine typhus, and leptospirosis in blood samples. This method is a rapid, sensitive, and specific diagnostic test. The multiplex PCR assay will become useful for the development of better health care and treatment of patients presented with acute undifferentiated febrile illness, particularly in endemic areas of these diseases. The study was published on July 8, 2019, in the journal PLOS Neglected Tropical Diseases.