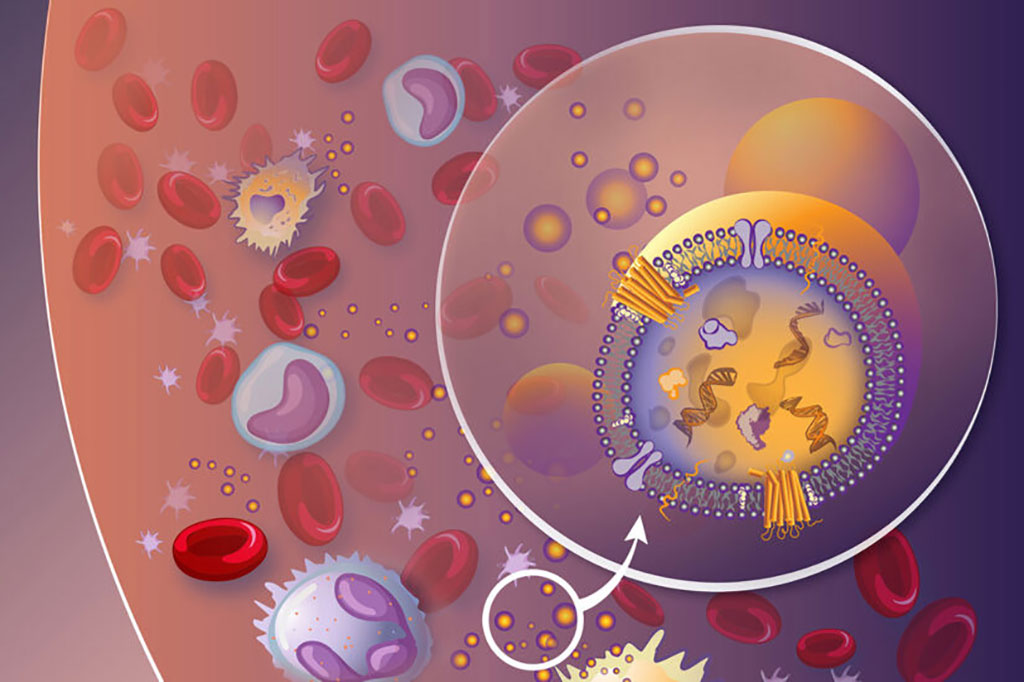 Image: Special blood test could determine if patient has early stage breast cancer and if the cancer is unlikely to return (Photo courtesy of USC)

Breast cancer is the most prevalent form of cancer in the world, affecting one in eight women over their lifetime. Since 1976 when the American Cancer Society endorsed mammography X-rays, the technique - along with a tissue biopsy - has become the standard way for doctors to check patients for breast cancer. But mammography is not 100% accurate and its detection can be impeded by healthy dense tissue. A tissue biopsy is also not a foolproof method. Although it can reveal information about the tumor, it has limitations. Doctors can sample only a small area and may fail to capture the full extent of the tumor. A tissue biopsy is also invasive and painful. Combined, the drawbacks for diagnosis with mammograms and tissue biopsies mean some patients are not diagnosed until the cancer has grown and spread. Now, scientists have found indications that a special blood test called a liquid biopsy could determine whether a patient has breast cancer at its early stage and if that cancer is unlikely to return. The high-definition comprehensive liquid biopsies are conducted using a standard blood draw from the arm of a patient in a doctor’s office. Once in the laboratory, the sample is examined for signs of cancer.

The results of the study demonstrating the liquid biopsy results for early breast cancer detection was led by led the University of Southern California (USC, Los Angeles, CA, USA) and raise hopes that one day doctors could detect breast cancer in patients with a simple blood draw. For the study, the team worked with 100 breast cancer patients - some early and some late stage - and 40 patients without breast cancer from April 2013 through January 2017. The team tested a theory that the high-definition liquid biopsy could detect multiple cancer biomarkers, including the so-called “oncosomes” - nano-sized, membraned cargo carriers that enrich the body’s environment for cancer growth. These oncosomes are secreted by cancer cells as the group has shown previously.

“The news here is that we found the vast majority of early-stage breast cancer patients have these oncosomes at very robust levels,” said Peter Kuhn, a USC cancer physicist. “They’re about 5-10 microns in diameter, about the size of a cell. We first identified these large vesicles in prostate cancer about a year-and-a-half ago and showed that they are related to the cancer. They are hiding in plain sight.”

If further studies produce similar results, it could mean that the next generation high-definition liquid biopsy may become a diagnostic tool for early breast cancer detection and other cancers, he said. The test also could inform patients who have been treated for cancer that they will most likely remain cancer-free.

“It’s an amazing opportunity to change how early breast cancer detection is being done with a simple blood draw, but it’s only a research outcome at this point and we still need to demonstrate clinical benefit,” said Kuhn