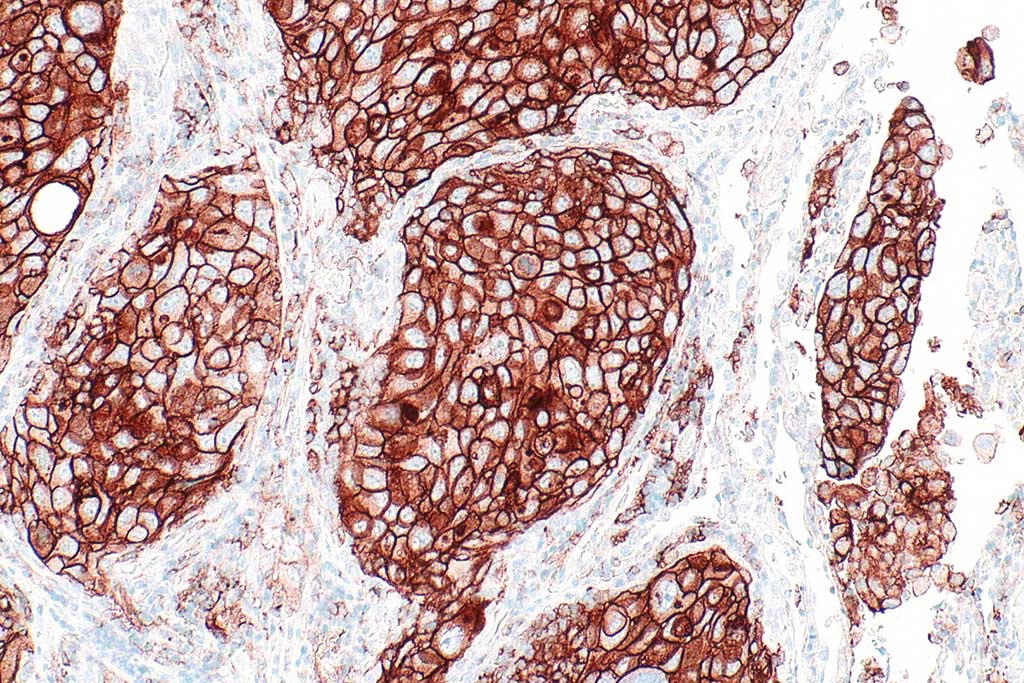 NSCLC is the most common form of lung cancer, accounting for about 84% of all lung cancer cases. In patients with metastatic disease the five-year survival rate is just 6%. Immunotherapy with a PD-1 inhibitor, either alone or in combination with chemotherapy, is the standard first-line treatment in these cases when cancers do not have a targetable mutation.

With a simple blood draw, the scientists can screen for mutations in 500 different genes. They used this liquid biopsy panel to measure the tumor mutational burden (TMB), essentially the number of mutations detectable in the blood of the enrolled patients, 52 of whom were evaluable for the trial. TMB is typically reported as mutations per megabase (Mb), which is the number non-synonymous, somatic mutations divided by the size of the genome coding area. The median TMB was 16.8 mutations per Mb and was significantly higher for patients who experienced a durable clinical benefit (DCB) compared to those who did not. A DCB means a patient experienced a complete response, a partial response, or stable disease for more than six months. Patients who achieved a DCB had a median of 21.3 mutations per Mb, compared to 12.4 in patients who did not achieve a DCB.

The team then examined the progression-free survival (PFS) and overall survival (OS) of both groups. The 28 patients with more than 16 detectable mutations per Mb had a median PFS of 14.1 months compared to 4.7 months for the 24 patients in the lower TMB group. Median OS was not reached for the high TMB group. The low TMB group had a median OS of 8.8 months.

Erica L. Carpenter, MBA, PhD, an assistant professor and senior author of the study, said, “We believe this is the largest study to show correlation between blood-based tumor mutational burden and clinical outcomes after first-line PD-1-based treatment, including combination chemo-immunotherapy, for NSCLC.”

The authors concluded that pTMB greater than or equal to 16 mutations/Mb is associated with improved PFS after first-line standard of care pembrolizumab-based therapy in mNSCLC. STK11/KEAP1/PTEN and ERBB2 mutations may help identify pTMB-high patients unlikely to respond. The study was published on February 26, 2020 in the journal Clinical Cancer Research.