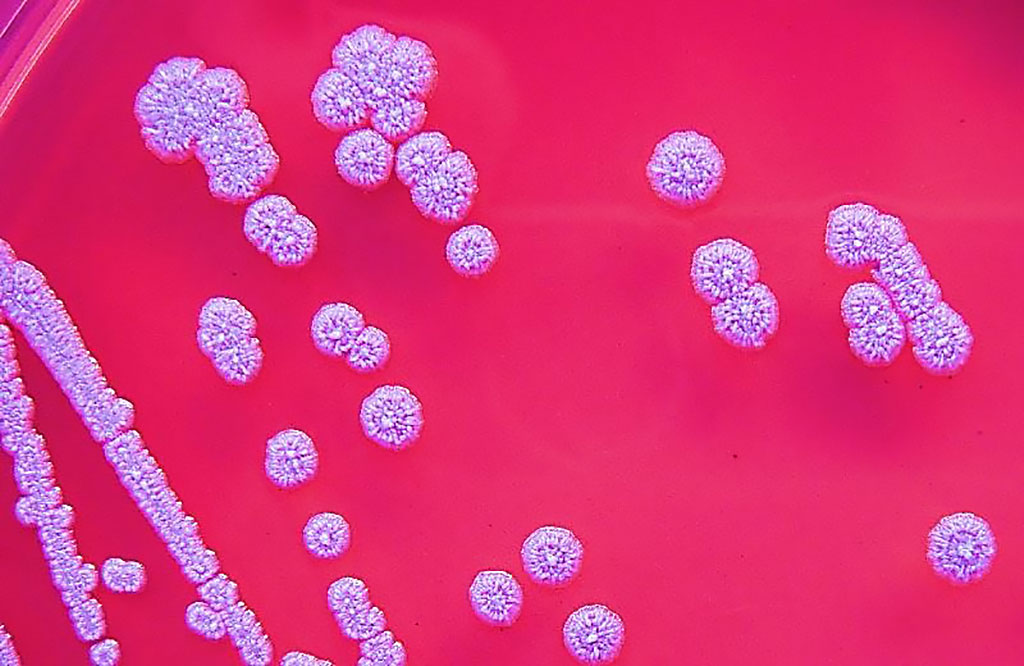 Image: Colonies of Burkholderia pseudomallei on Ashdown`s agar after four days` incubation (Photo courtesy of Gavin Koh)
Melioidosis, an infectious disease caused by the environmental saprophyte Burkholderia pseudomallei, is endemic across many areas of Southeast Asia, South Asia, Northern Australia and America. B. pseudomallei is a facultative intracellular bacterium, a characteristic that contributes to its pathogenesis and persistence in the host and that may modulate the cytokine response to infection.

Patients may present with a wide range of clinical manifestations including pneumonia, bacteremia, abscesses, and sepsis, frequently leading to multiorgan failure and eventually death. The immunological markers and pathways that identify patients at risk of death in melioidosis are not well understood. Several immune cells including macrophages, natural killer (NK) cells, NK T cells, and T cells respond to bacterial infection rapidly by generation of several potent cytokines.

The investigators reported that of melioidosis patients, 131/161 (81%) were bacteremic, and 68/161 (42%) died. On enrollment median levels of IFN-γ, IL-6, IL-8, IL-10, IL-23, and TNF-α were higher in melioidosis patients compared with uninfected healthy controls and all but IFN-γ were positively associated with 28-day mortality. IL-8 provided the best discrimination of mortality. Over time, non-survivors had increasing IL-6, IL-8, and IL-17A levels, in contrast to survivors. In joint modeling, temporal trajectories of IFN-γ, IL-6, IL-8, IL-10, and TNF-α predicted survival.

The authors concluded that in a severely ill cohort of melioidosis patients, specific pro- and anti-inflammatory and Th17 cytokines were associated with survival from melioidosis, at enrollment and over time. Persistent inflammation preceded death. These findings support further evaluation of these mediators as prognostic biomarkers and to guide targeted immunotherapeutic development for severe melioidosis. The study was published on November 7, 2019 in the journal Clinical Microbiology and Infection.