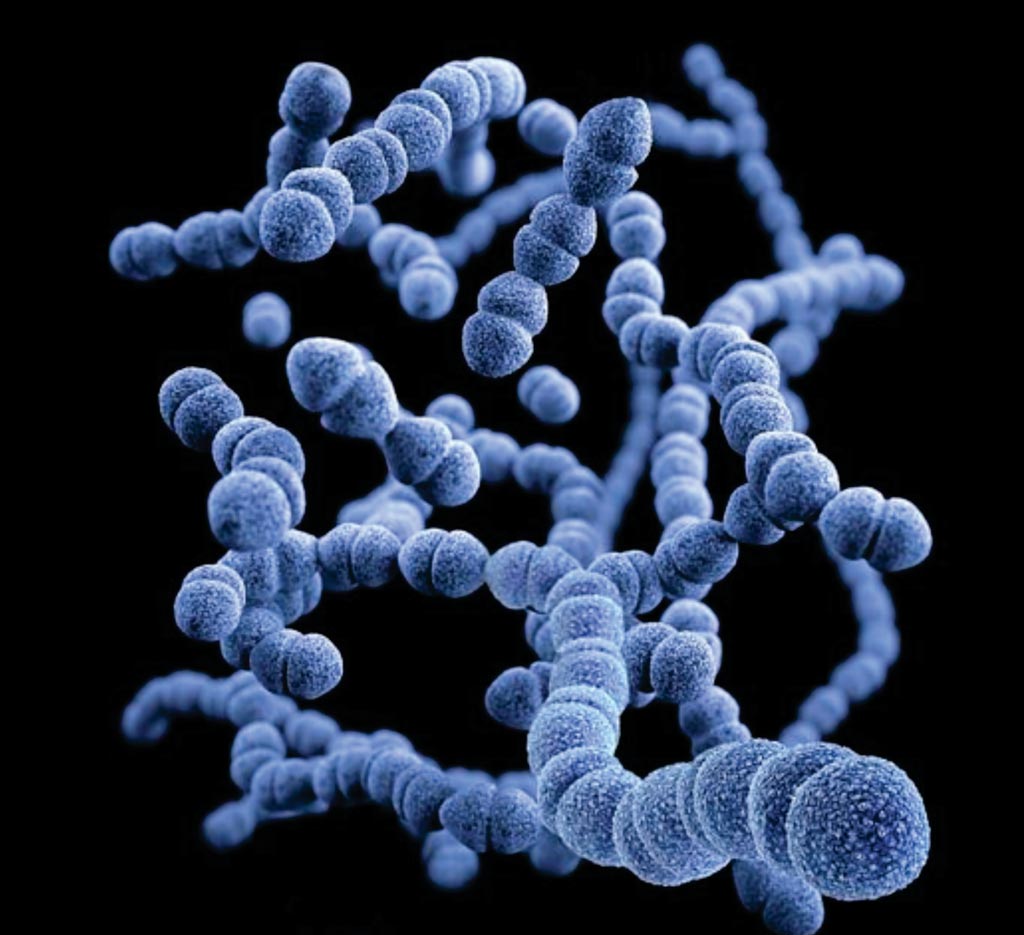 Image: A three-dimensional (3D) computer-generated image of a group of Gram-positive, Streptococcus pneumoniae bacteria that cause invasive pneumococcal disease. The artistic recreation was based upon scanning electron microscopic (SEM) imagery (Photo courtesy of Dan Higgins/US Centers of Disease Control and Prevention).
Streptococcus pneumoniae (pneumococcus) is one of the most important bacterial causes of pneumonia among children and adults worldwide. Nasopharyngeal pneumococcal colonization is common in young children and represents a critical initial step in the progression to invasive disease.

Increases in the density of pneumococci in the nasopharynx have been associated with the onset of respiratory illness and might also play a role in transmission of bacteria to others. Respiratory viruses are frequently detected in the nasopharynx of young children during asymptomatic periods.

An international team of scientists working with the Vanderbilt University Medical Center (Nashville, TN, USA) enrolled children less than 3 years of age, residing in the Peruvian study area, who were prospectively assessed for acute respiratory illness (ARI) symptoms during weekly household visits. An ARI episode was defined as the presence of either cough or fever and the team considered a child to be asymptomatic if the child had rhinorrhea alone or no ARI symptoms.

Total pneumococcal densities (encompassing all present serotypes) during asymptomatic periods were significantly higher when a respiratory virus was detected versus when no virus was detected. In adjusted analyses, increased pneumococcal density was significantly associated with the risk for a subsequent ARI, whereas asymptomatic viral detection alone was associated with lower risk for subsequent ARI.

The authors concluded that viral detections during asymptomatic periods are associated with increases in nasopharyngeal pneumococcal colonization density. Furthermore, they found that pneumococcal density, especially at high levels, is associated with subsequent development of ARI in young children in Peru. These findings suggest that interactions between viruses and pneumococci in the nasopharynx during asymptomatic periods might have a role in onset of subsequent ARI. The study was published on October 15, 2019, in the journal Emerging Infectious Diseases.