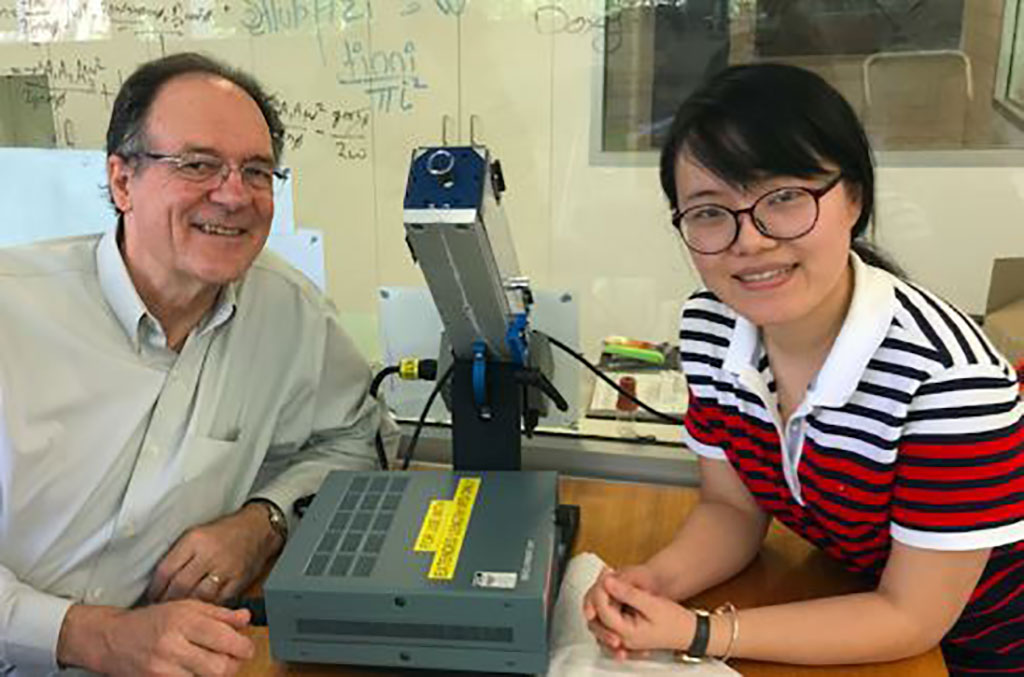 An accessible universal solution to offer rapid personalized mobile testing for infectious diseases – or diagnosis and delivery of targeted treatments for other diseases even in remote areas – has so far been out of reach. Now, a speedy high-tech method of inexpensive, accurate and high-throughput protein biomarker assay testing is being touted as a much-needed development in point-of-care (PoC) testing.

Researchers at Flinders University (Adelaide, Australia) who specialize in ‘green’ vortex fluidic device (VFD) medical applications have developed a VFD that can test for infectious diseases such as flu and COVID-19 within five minutes. The new method using the revolutionary VFD can be readily scaled up to test hundreds and ‘potentially thousands’ of proteins in one assay in less than five minutes. While many costly tests can take upwards of 48-72 hours, on-the-spot tests such as this can lead to accurate diagnosis and early commencement of important drug treatments and reduction of wrong medications.

In a trial, the new method, labeled VFD-accelerated immoblot assay (VAIA), was compared and found superior to other PoC biomarker-based tests currently in use. Not only was the processing faster and accurate, it sliced up to 70% off the cost of sometimes toxic reagents. While many immunoblot assays are used to detect certain diseases, many are not highly sensitive and complex to use – even for technicians in a laboratory or clinical setting. In contrast the VAIA was found to improve conventional processing time from hours to less than five minutes, using three major immunoassay formats with purified proteins and biofluids.

“Most importantly, the data produced can be accurately read with a cell phone camera – immediately addressing the gap between development and implementation of biomarker-based precision medicine,” said Professor Gregory Weiss, senior researcher from the University of California, who is a US leader in VFD experiments and applications.