Previous studies have found that elevated blood serum levels of TK1 were associated with the presence of many types of malignancy and that TK1 levels were elevated in serum even before the appearance of clinical symptoms.

Based on these findings, investigators at the University of Michigan (Ann Arbor, USA) and their colleagues at other institutions assessed the prognostic effect of TK1 in patients with hormone receptor-positive MBC treated in a prospective randomized trial of single drug treatment (anastrozole [A]) compared to dual drug treatment (anastrolzole plus fulvestrant [A+F]).

For this study, the investigators assessed TK1 levels in 1,726 sera from 432 patients (base line, before the start of their treatment, and at four time points during treatment) using the Biovica International (Uppsala, Sweden) DiviTum assay.

The DiviTum assay determines the enzymatic activity of TK in human serum samples. During the assay procedure, thymidine is replaced by its synthetic analog bromodeoxyuridine (BrdU), which becomes phosphorylated and then incorporated into a synthetic DNA strand fixated in each well of a 96-well ELISA immunosorbent titer-plate. The extent of BrdU incorporation depends on the activity of TK present in the serum sample; the more TK activity in the sample, the more BrdU is incorporated into synthetic DNA strands in the titer-plate well. The synthetic BrdU is then detected with anti-BrdU specific antibodies using the ELISA assay technique. The DiviTum technology amplifies the signal, enabling the assay to measure thymidine kinase activity with high sensitivity.

Results revealed that patients with high TK1 levels, either before treatment or at any time during treatment, tended to have a significantly shorter progression-free survival time (PFS). Those with high levels at the start of treatment, or baseline, had a median PFS of 11.2 months compared to 17.3 months for patients with low levels at baseline. The high-TK1 patients also survived for a shorter period of time. On average, those patients with high levels of the biomarker had median overall survival times of 30 months compared to 58 months for those with low levels.

Contributing author Dr. Daniel Hayes, professor of internal medicine at the University of Michigan, said, “These results should serve as the basis for future clinical studies to distinguish patients with estrogen receptor metastatic breast cancer who might be best treated with endocrine therapy alone versus those who should receive endocrine therapy plus an ancillary treatment, such as CDK4/6, mTOR, or PIK3CA inhibitors. Each of these has been shown to complement endocrine therapy, but each is associated with additional side effects and costs.”

The TK1 study was published in the September 14, 2021, online edition of the journal Clinical Cancer Research. 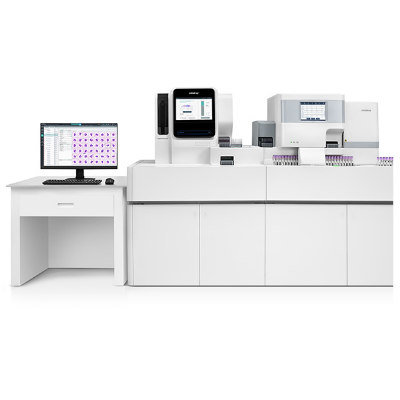