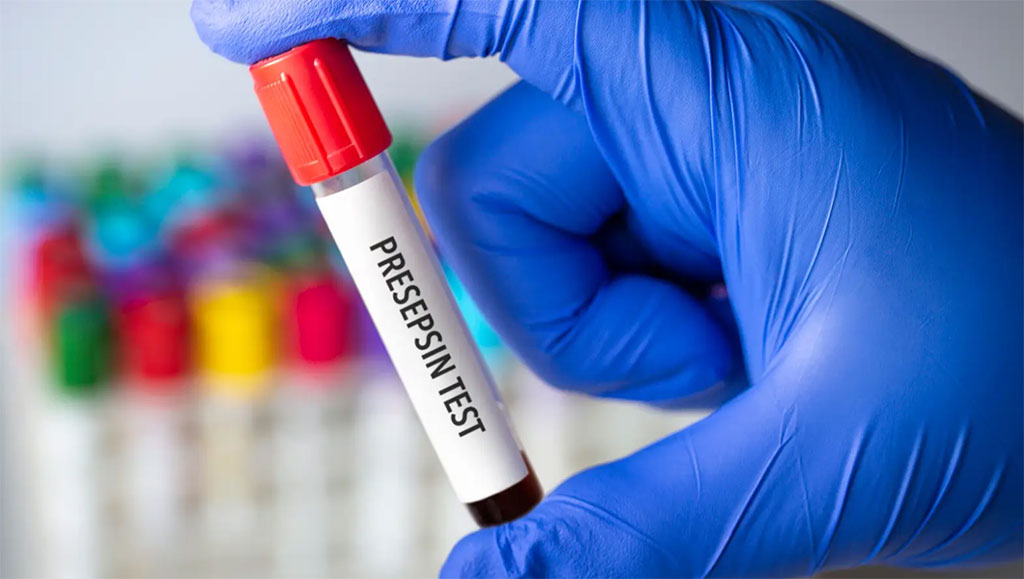 Image: Presepsin has been proposed as a `robust` biomarker of early-onset sepsis (Photo courtesy of Ian Ingram, BA)

Neonatal early-onset sepsis (EOS) is a severe disease, particularly in preterm infants. Timely diagnosis can be challenging owing to unspecific presentation and questionable performance of the common markers of infection.

Presepsin (P-SEP), the newly identified infection biomarker, is a 13 kDa fragment of the N-terminal of soluble CD14 and is released into the blood upon the activation of monocytes in response to infection. The accuracy of presepsin for the diagnosis of neonatal early-onset sepsis has been examined.

Neonatologists at the Careggi University Hospital (Florence, Italy) and their colleagues performed a literature search for studies involving term or preterm infants diagnosed with EOS, which examined presepsin levels (and measured sensitivity/specificity) during workup for suspected cases. Outcomes of interest for both the primary and secondary analysis (either clinical or culture-proven sepsis) were sensitivity, specificity and diagnostic odds ratio.

In all, 12 studies involving 828 newborns (including 460 with EOS and the rest uninfected) met inclusion criteria for the primary analysis. Ten of the studies included a mix of EOS and LOS, four only included infants born at term, two were restricted to preterm infants, and the rest had a mix. Half of the studies were performed in Egypt, while the remaining were conducted in Europe and Asia. The secondary analysis included 23 studies that met the broader criteria and involved 1,866 newborns (including 1,040 newborns with EOS and the rest uninfected), with seven of the trials involving only newborns with EOS.

The investigators reported presepsin accuracy was not associated with gestational age, measurement with chemiluminescence enzyme immunoassay or enzyme-linked immunosorbent assay testing, country where the study was performed, or risk of bias judgment. In the secondary analysis, among 23 studies and 1,866 newborns, accuracy was significantly associated with only test type. In the primary analysis, among 12 studies and 828 newborns of any gestational age, pooled sensitivity and specificity were 0.93 (95% CI, 0.86-0.95) and 0.91 (95% CI, 0.85-0.95), respectively; pooled diagnostic odds ratio was 131.69 (95% CI, 54.93-310.94). Subgroup analysis showed that presepsin specificity was associated with the inclusion of only EOS or all neonatal sepsis.

Chiara Poggi, MD, PhD, a Neonatologist and senior author of the study, said, “EOS diagnosis is a frequent challenge in the neonatal intensive care unit, as clinical signs are equivocal and the common markers of infection, such as C-reactive protein and procalcitonin, physiologically increase during the first 48 hours of life in response to non-infective stimuli.”

The authors concluded that their systematic review and meta-analysis suggest that presepsin was an accurate biomarker of EOS. Clinical trials are warranted to assess its usefulness and safety to reduce early antibiotic exposure, particularly in preterm newborns. The study was published on May 31, 2022 in the journal JAMA Pediatrics.