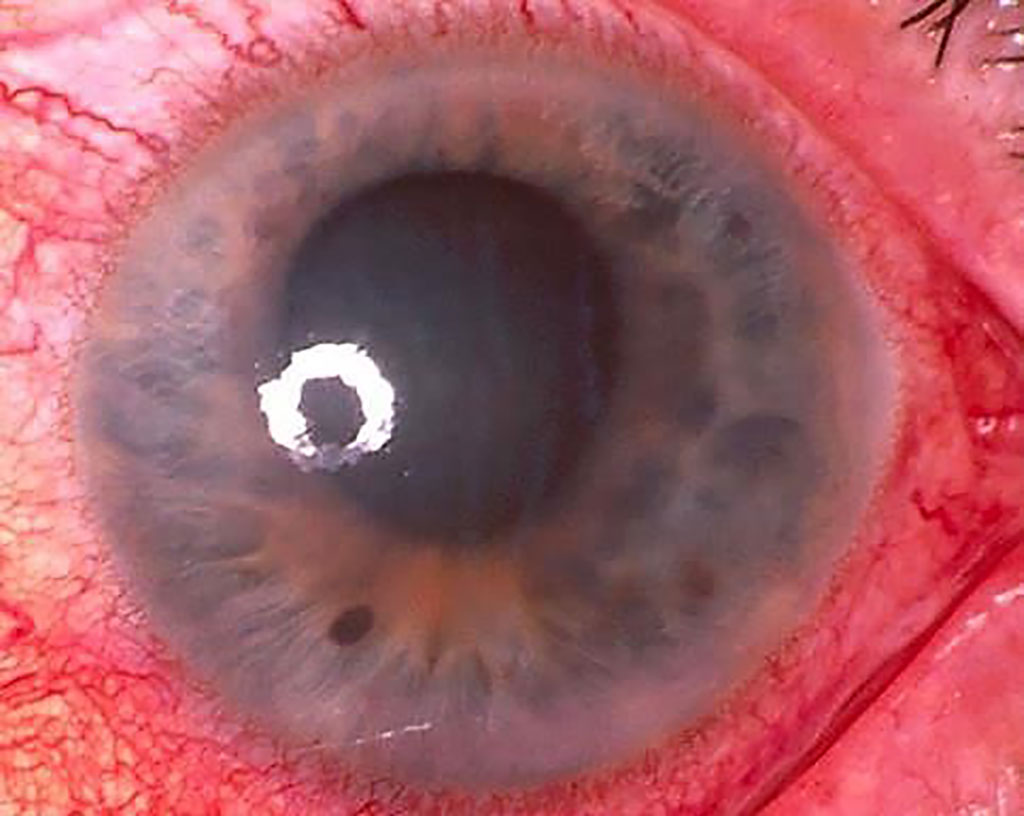 Image: Primary angle closure glaucoma can cause permanent blindness if not treated quickly. A highly sensitive genetic test has been developed (Photo courtesy of Flinders University)
In open-angle glaucoma, the angle in the eye where the iris meets the cornea is as wide and open as it should be, but the eye’s drainage canals become clogged over time, causing an increase in internal eye pressure and subsequent damage to the optic nerve.

Open-angle glaucoma is by far the most common type of glaucoma. It comes on so slowly and painlessly that it can go years without the sufferer knowing it, and by the time they are aware of the condition, it has probable done irreparable damage. Open-angle glaucoma usually happens to people over the age of 50.

Ophthalmologists at the Flinders University (Bedford Park, Australia) and their many colleagues compared polygenic and monogenic variants in risk of glaucoma. The team performed genetic testing on 2,507 Australian individuals with glaucoma, and 411,337 individuals with or without glaucoma in the UK.

The investigators reported that individuals at high polygenic risk, defined as those in the top 5% of an unselected population, had a glaucoma risk (odds ratio [OR], 2.77) comparable with the risk among individuals heterozygous for the MYOC p.Gln368Ter variant (OR 4.19), which is the most common single-gene variant known to cause primary open-angle glaucoma. High polygenic risk was more than six times more common than MYOC p.Gln368Ter heterozygosity in Australian and New Zealand Registry of Advanced Glaucoma (ANZRAG) group (15.7% versus 2.6%) and more than 15 times more common in the general population (5.0% versus 0.32%).

Owen M. Siggs, MD, DPhil, an Associate Professor and first author of the study, said, “Early diagnosis of glaucoma can lead to vision-saving treatment, and genetic information can potentially give us an edge in making early diagnoses, and better treatment decisions.”

The authors concluded that monogenic and high polygenic risk were each associated with a more than 2.5-fold increased odds of developing glaucoma and an equivalent mean age at glaucoma diagnosis, with high polygenic risk more than 15 times more common in the general population. The study was published on July 15, 2021 in the journal JAMA Ophthalmology.