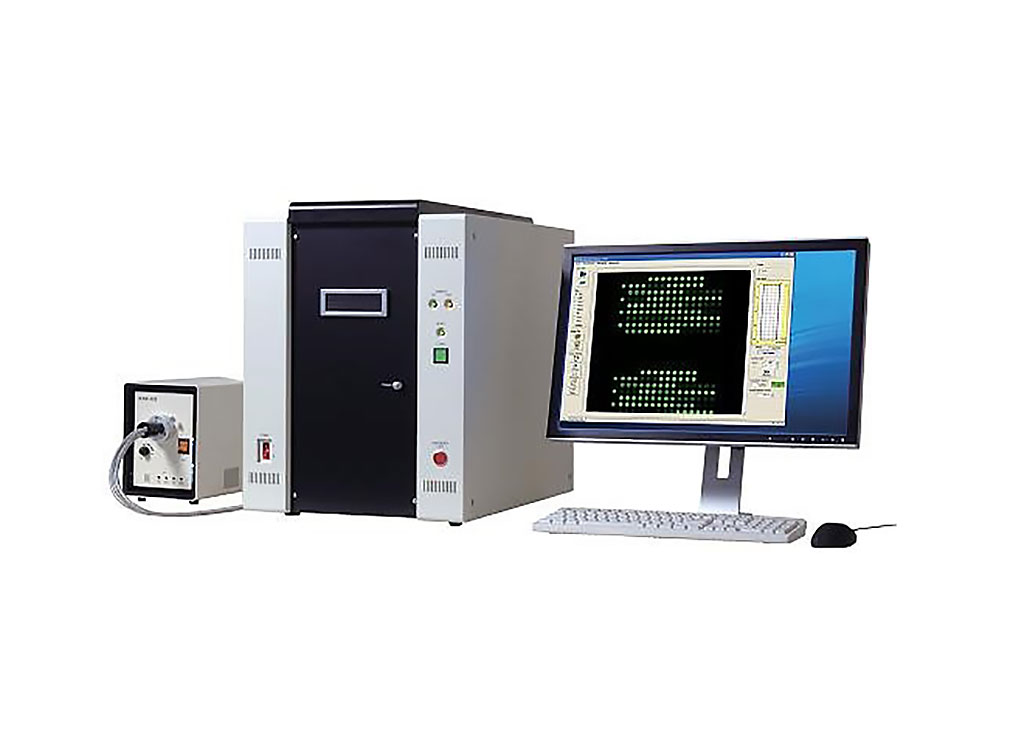 Image: GlycoStation Reader 1200 is an ultra-high speed and highly sensitive optical microarray scanner utilizing the principle of evanescent-field fluorescence excitation to scan an entire microarray slide in only two minutes (Photo courtesy of GlycoTechnica Ltd).
Hepatocellular carcinoma (HCC) is a common cancer with poor prognosis. Liver cancer is the sixth most common type of cancer worldwide, and the fourth most common cause of cancer death. HCC accounts for most primary liver cancers.

Glycosylation is involved in many essential biological processes such as cell differentiation, proliferation, and adhesion; immune response; and receptor activation. However, aberrant glycosylation results in many dysfunctions and diseases. Lectin microarray is a method capable of analyzing glycan profiles comprehensively and sensitively with 45 lectins utilizing lectin specificity to detect specific structures of glycans.

Gastroenterologists at the Oita University Faculty of Medicine (Oita, Japan) analyzed resected 50 HCC specimens using lectin microarray to comprehensively and sensitively analyze glycan profiles. The samples were prepared for laser microdissection by fixing in formalin, embedding in paraffin, then sectioning at a thickness of 5 μm. Lectin microarray was performed and performed immunohistochemical staining of mannosyl(α-1,3-)-glycoprotein β-1,2-N-acetylglucosaminyltransferase (MGAT1), which is an essential glycosyltransferase that converts high-mannose glycans to complex- or hybrid-type N-glycans. Fluorescent images were obtained with the GlycoStation Reader 1200 (GlycoTechnica Ltd, Yokohama, Japan) using the evanescent-wave excitation method.

The authors concluded that dedifferentiation of well-differentiated HCC is associated with increased high-mannose glycans. Furthermore, MGAT1 may play a role in HCC dedifferentiation. The study was published on March 6, 2020 in the journal BMC Cancer.